The Bright Thing in the Sky 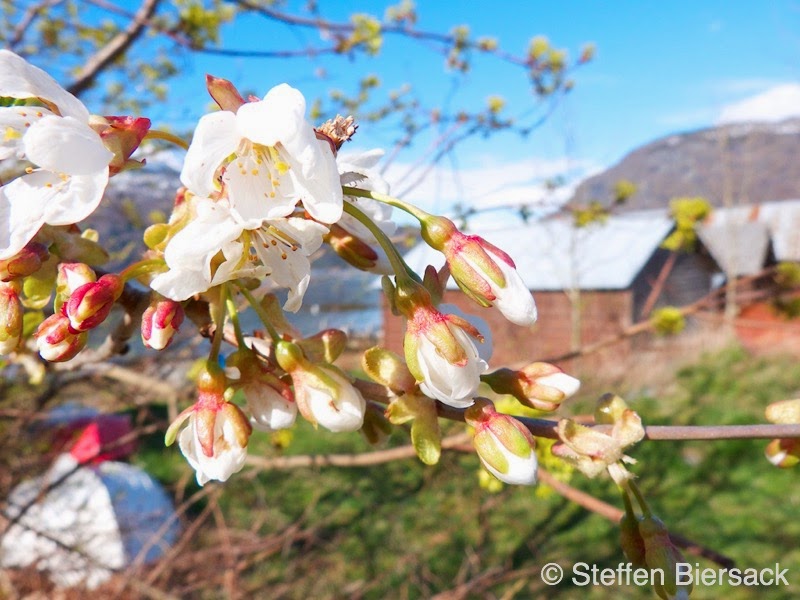 All good things come to those who wait. After quite a few days of patience, of brave hiking and strolling in true Norwegian spring conditions, the sun comes out and bathes the landscape in golden light, underlining the wonderful colors of the Søndrefjorden, where we aim for our first destination of the day, Urnes.

There is many a stave church in Norway, but certainly this one is special. Majestically overlooking the village, it is a prime example for the most elaborated wood-carving technique of the time, which has thus been named Urnes-Style. Built in the year 1070, this dark, tar-covered masterpiece has seen Viking kings coming and going, and now many of blue-clad people are eager to get a good shot.

The backdrop of the church also invites to a little walk in the surrounding hills. What a pleasure to take in the view from high above, feel the sun on the face, and watch Nature to bring out the first blossoms. The songbirds are all excited, too, a real spring symphony. By chance we spot some snakes next to the road, obviously two males fighting for a female which is cuddled to a rock nearby. Well, springtime… 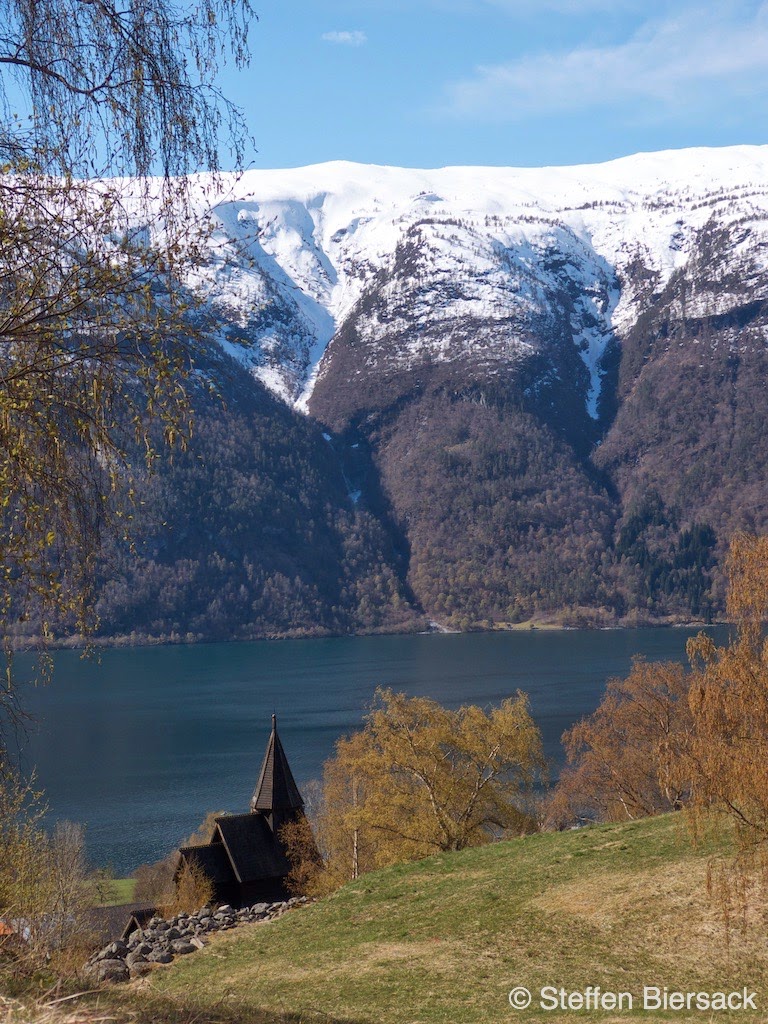 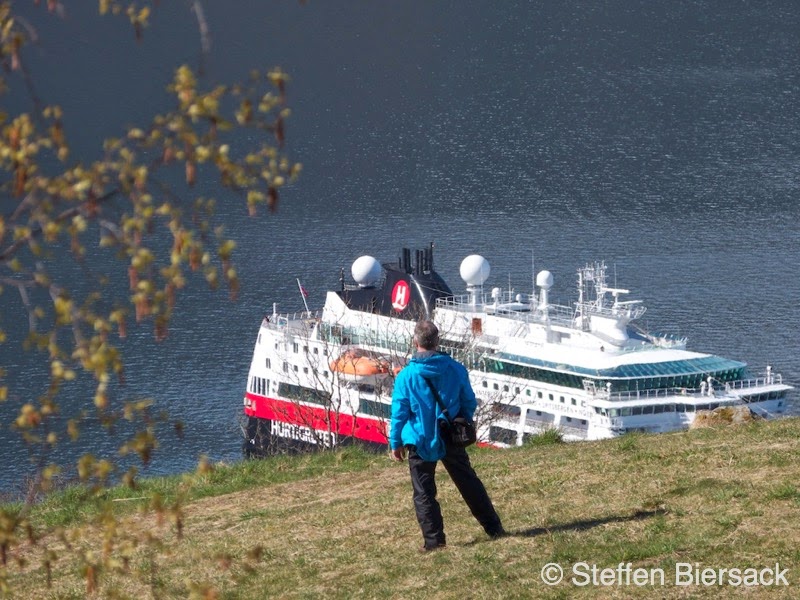 We continue our voyage, now heading west inside the enormous system of the Sognefjord, and that gives our “local” Olav the opportunity to talk about the history of the place. Twice in the medieval times a hard battle was fought to unite Norway under one king. Whereas the first took place in the Stavanger area and  was mainly about Norway’s South, the second one in 1184 was the famous battle of Fimreite, when King Sverre, with an inferior fleet, vanquished King Magnus, whose Viking warriors were numerous and heavily armored.

The latter led to their defeat, as Sverre managed to pierce some of the boats of Magnus’ fleet, causing the boats to sink and the warriors to scramble into the next boat, and so on and so on. Overloaded with heavy Vikings, the other ships also sank and most of the warriors drowned instead of being shot with arrows.

As our knowledge about all this refers solely to the Viking Saga’s we will have to account for a little lack of detail, if not accuracy. But it is a good tale, and one thing is for certain: King Sverre’s braveness united Norway on that very day.

Back to modern times. In the afternoon we arrive at Balestrand, a very pretty village in a community that bears the same name. It is derived from old Norse and means hillside behind a beach. And it
is true, right behind the village the gentle but steep Balastøylen raises its head. This is also where the afternoon hike is leading, steeply through forest and rocks, until we reach the snowline. Wonderful views from up here, in the finest of weathers!

Those who want to learn all about the art of cider making go on a different excursion, led by one of the best apple farmers in town. Of course the consumption of apple juice jumps up subsequently.


Everyone else benefits as well from the sunshine while having a stroll in Balestrand, which is bey tradition a centre of art in the Sognefjord area, and indeed there are quite 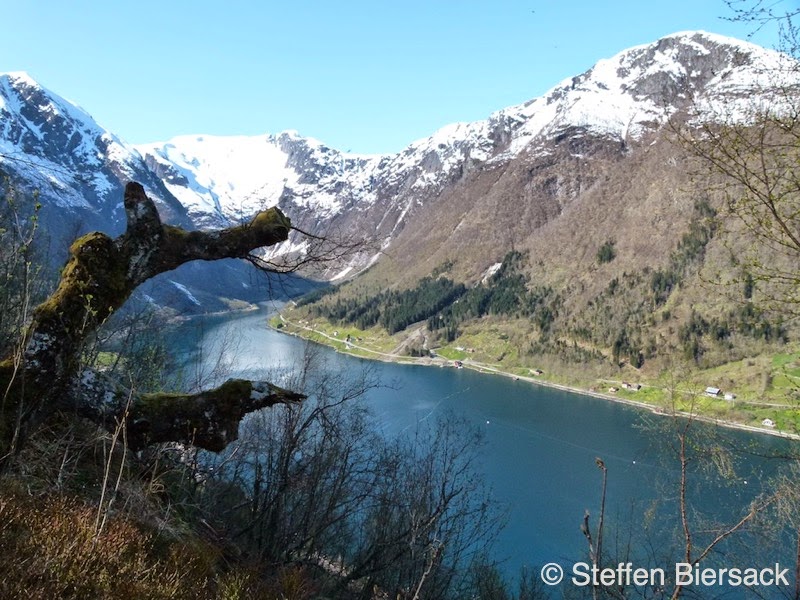 many sculptures and unusual houses here, contrasting with the beautiful old architecture, for example of the famous Balestrand hotel.
Now, what a day!