First day out - and bears!

Svalbard has so much to offer - birds, rocks, reindeer, flowers, incredible landscapes embedded in vast amounts of ice. A chilly paradise.

But secretly - or not so secretly - everybody wishes for one thing: Seeing Polar Bear.

And of course we do everything in our powers to make exactly that happen (And, by the way, we like them, too…). But as it goes with wildlife, it’s alive and it’s wild, so you cannot expect the King of the Arctic to be waiting for us around each and every corner.
So there is always quite a bit of pressure on the Expedition Team, and we watch out all the time to find among the many yellowish rocks ashore the one that moves. 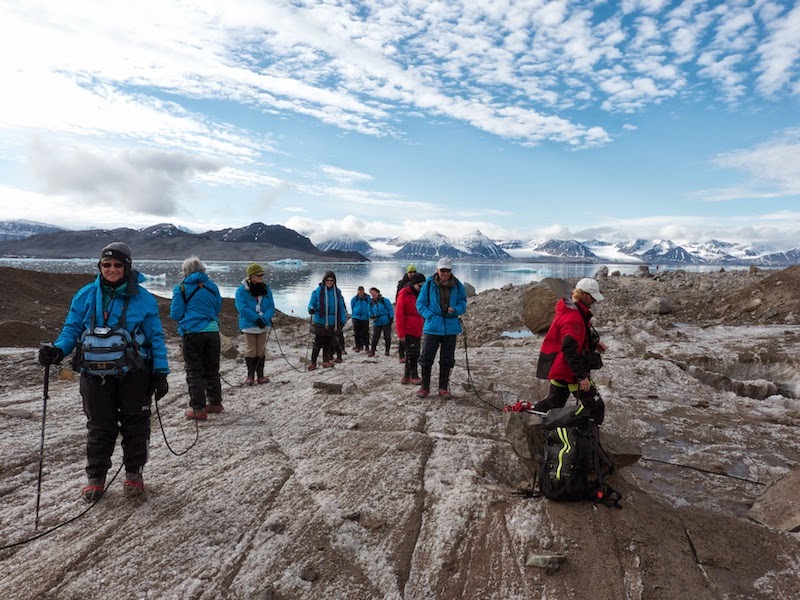 In the meantime there is other things to do. Ny Ålesund awaits, the northernmost civilian settlement in the world, now dedicated to Arctic sciences carried out by more than 20 nations. It was also the location of Amundsen & Nobile’s famous first flight across the North Pole, undertaken by a huge airship that was launched from a big mast which is still standing upright next to the place. 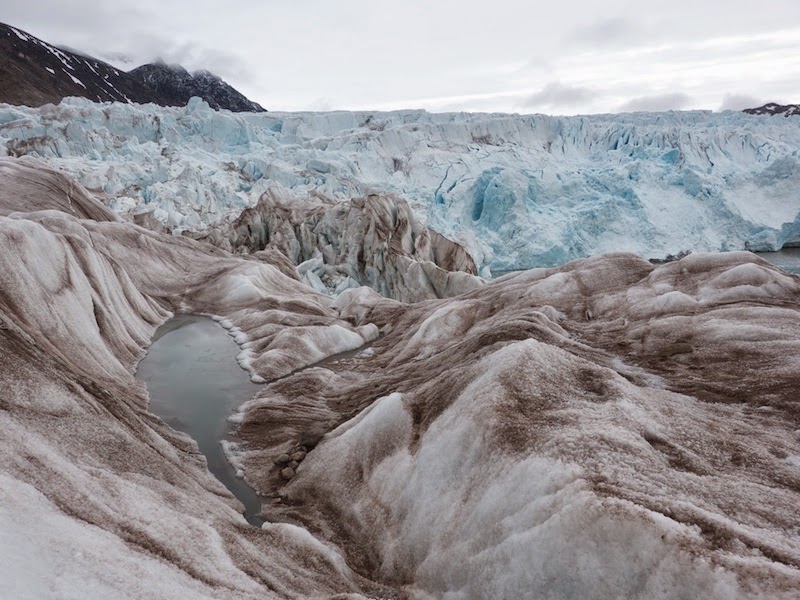 For 14 lucky others the time has come for an exciting walk on the Conway glacier on the other side of Kongsfjorden. This in itself is already an adventure, but on the long boat ride to the opposite shore we spot a polar bear walking swiftly on the shore, close to some reindeer. Voilá! This already is proof that we are really in polar bear country. And it makes the glacier walk even more interesting, as the bear was heading our way…
Constant vigilance, that’s what it’s all about in Svalbard, the binoculars being the most powerful protective device.
In the afternoon everybody else was rewarded for not being too jealous - right on entry into Magdalenafjord there is another bear!
The decision is easy: Check out the bear with the Polar Cirkel boats, see if we can take everyone closer. And really, after a short observation we notice that the bear is actually feasting on a large prey, a reindeer. That is a very unusual thing, as normally they don’t hunt them. A great opportunity for everyone to get their first good shots of the bear, so the boat ride has the main attraction first. 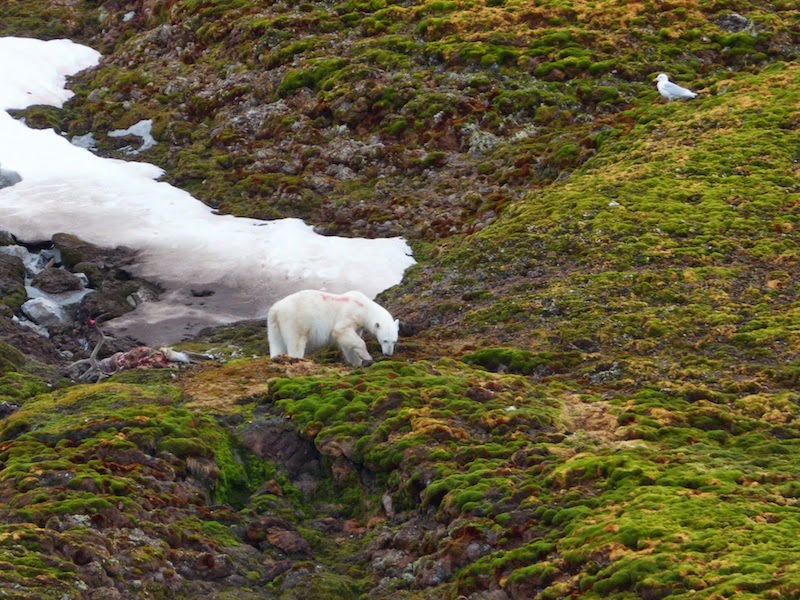 A great day for wildlife! And ice! And - everything…!