Kalmar – Our last stop before Hamburg

In the early morning we reached Kalmar, one of the oldest cities in Sweden, in the historical Province Smȧland. We lay directly in the center of the city again and so it was easy to explore the city by ourselves. When we walked through the streets of Kalmar we recognized that the city must have been very important during the last centuries. Most of the historical buildings have been nicely restored. Nobody will ever know how many pictures we have done for example from the Cathedral, the city hall, the castle ……. How wonderful, that most of us use a digital camera now. It makes life so much easier. 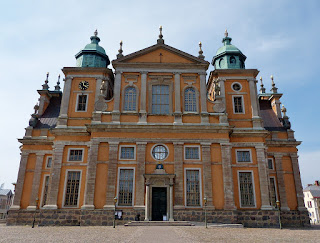 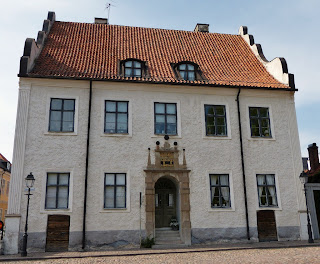 But of course there have been excursions too and most passengers used the opportunity of the guided tours.

Smȧland is also called the “Kingdom of Crystal” as it is very famous for its glass factories at least since the 18th century. Many companies - like Kosta-Boda - are well known in the whole world. So it is no wonder that we were offered an excursion that was focused on the art of glass. It was wonderful to see how the glassblowers created new models. 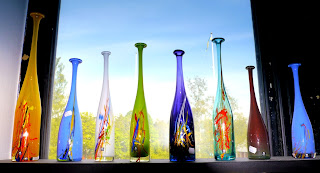 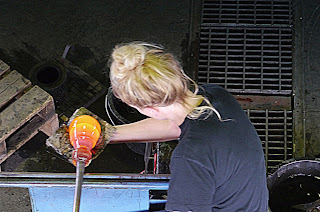 Another group made a longer excursion to Öland. Öland is 140 km long and with a maximum of 15km extent a very small but unbelievable nice island between the mainland and the Baltic Sea. The whole island consists of limestone which gives the area a very special impression. There are many flowers and animals which are specialized on this lime stone. The center of the island, called “Great Alvar”, is very scraggy and can only be used by the farmers for their cows, sheep or horses. 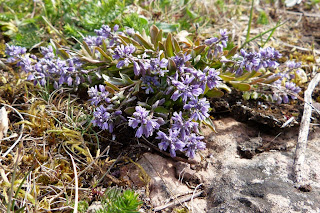 But in former times this Alvar had been a very important area. The so called “Gettlinge burial ground” showed that the island was settled since the Stone Age.

In the fortress Eketorp, in the center of the Alvar, we learned a lot about the life from the Iron Time up to the Middle Age. 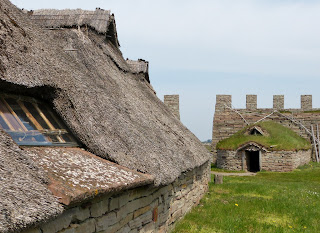 At the southern end of the island you can find the “Long Jan”, with 42 m Sweden´s tallest lighthouse. 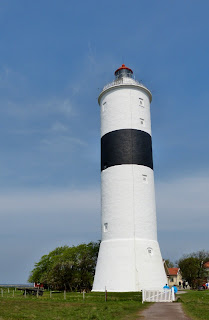 Around 19.30h everybody has been back aboard – full of new impressions.

After a nice Philipino Buffet the crew awaited us in the Panorama Lounge for the very, very well known MV FRAM Crew Show.

Email ThisBlogThis!Share to TwitterShare to FacebookShare to Pinterest
Photograph(s) by: Barbara Schoog, Carolina Glardon, Friederike Bronny
Newer Post Older Post Home
Welcome to MV FRAM's Expedition Blog!
MV FRAM is the most modern expedition cruise vessel belonging to the Hurtigruten fleet, roaming polar waters and taking people to remote places where only few go. In order to give you the chance to travel with us, even if only on your computer screen, we have created this blog. Here you can see what we have seen and read what we have done.
And, maybe you will be onboard with us one day!
All About MV FRAM - here
FOLLOW US ON FACEBOOK !