This morning FRAM reached Qeqertarsuaq, a small community on basaltic Disko Island. As soon as the pier was ready, we started our tender operations.
The weather was different from the days before, it was quite chilly but that wouldn't stop us, we were all eager to go out.
The first group led by Henryk left for a hike to the basaltic rocks, a beautiful trail along the coast. People enjoyed the view of the icebergs stranded in the bay. And there was even more: whales were feeding among the bergs. 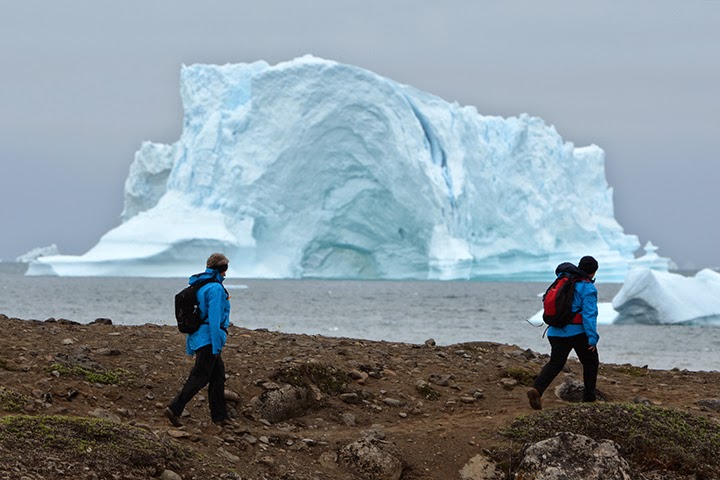 Others joined a guided tour through town. Our guide Lars, a native from Qeqertarsuaq, gave us a very good insight of both the history and modern life on the island. We learned that the town gets all its supplies by ship, and only when weather permitting. But there is a huge warehouse where they store enough food for the winter months.
Petting the dogs was a big temptation, but we were briefed in advance and knew that those dogs are working animals, so one has to be respectful and keep some distance.
The local church has an unusual design and the town will celebrate this year there 100th anniversary. We also visited the local museum which offers some artifacts and pictures from the past. And last but not least, the local restaurant offered good coffee, tea and cake. 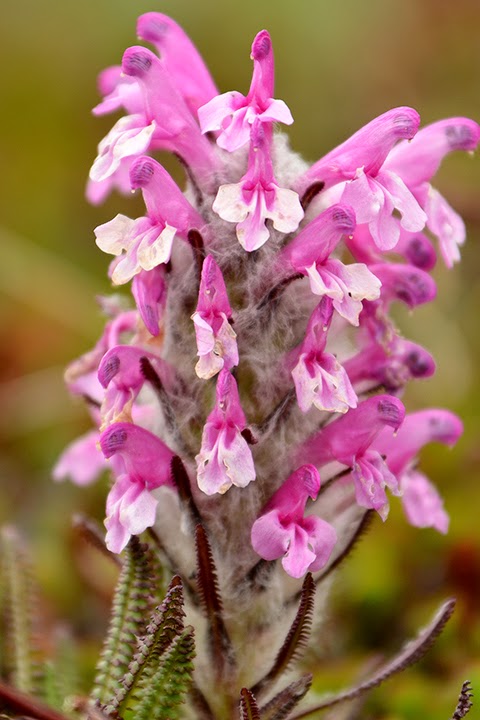 From shore, we could watch some of us kayaking in the bay under the instructions of Ejgil. Kayaking in arctic waters is always a great experience, and they all had a great time.
In the afternoon a group led by Aka and Ivik left the town for a hike to Blaesedalen, the valley of the winds. The trail leads along the shore, then crosses the bridge and climbs towards a great waterfall. There was still some snow in the crevasses but the flowers were already out. Once we reached the waterfall, a couple of Canada Geese were waiting for us, the female still on the nest incubating the eggs.

Then we lowered the Polar Cirkle Boats, our secret weapon when it comes to ice cruising and whale watching. Well, there was lots of ice, but the whales didn't show up this time. That was Mother Natures' decision. We cruised around huge icebergs and we were all impressed by the size and the beauty of those bergs.
As soon as we were back on board, Captain Andreasen heaved the anchor and it was time to leave for our tomorrows destination, Qasigiannguit.