This morning FRAM reached Uummannaq, a remote community of 1300 people, nestled on a small island along the northwest coast of Greenland. The landmark of the island is the "heart mountain". 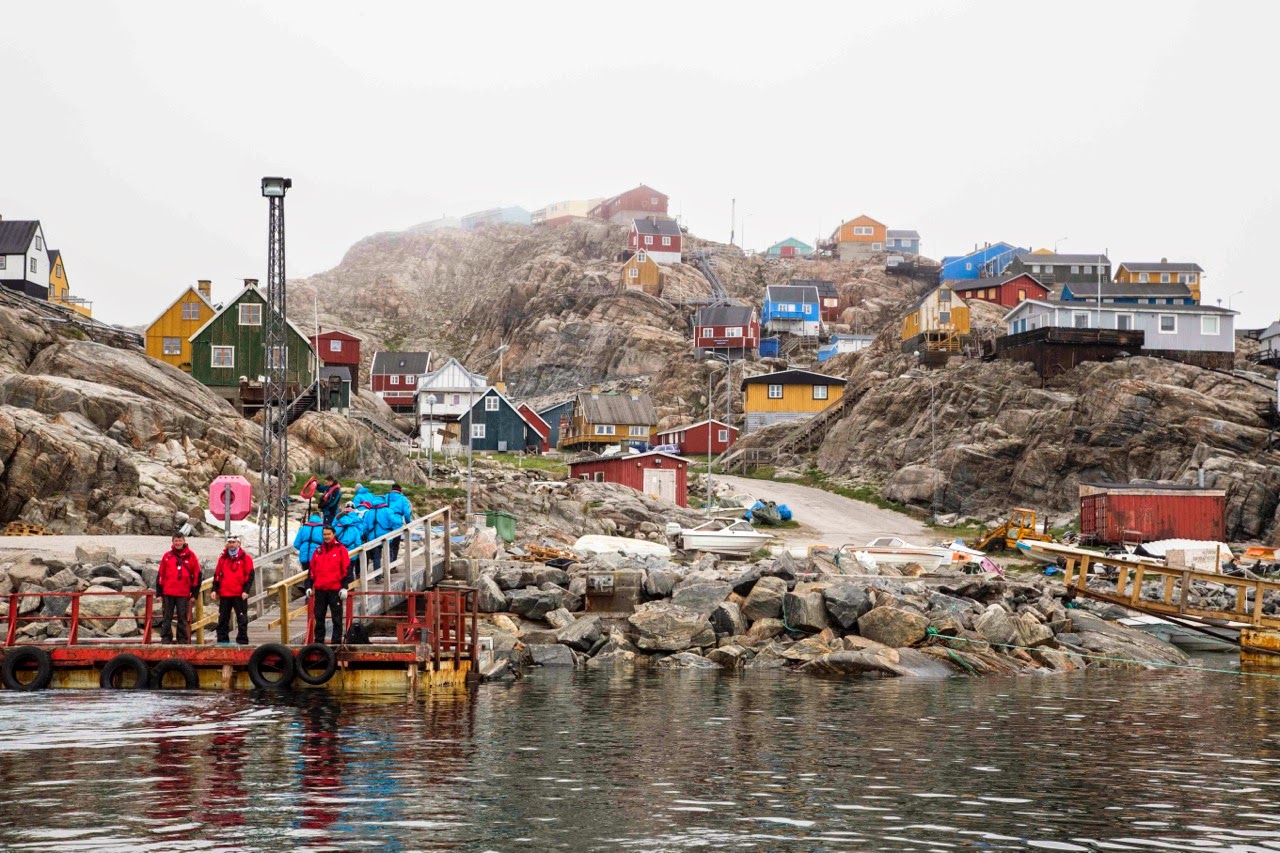 As soon as we arrived we started our tenderboat operation to bring on land those of us who wanted to talk to the locals. So we went to the museum and there was Ole the fisherman and his friend Jonas waiting for us. We learned that Ole was born and raised in Illorsuit -a small settlement north of  Uummannaq- and has been a fisherman and a hunter for his entire life. He gave us many details about his fishing and hunting skills and all the equipment he uses. We talked about the species and quotas they are allowed to fish and hunt. To summarize Oles life, one could say that he moved "from kayak to Yamaha". The church and the local museum were open for us so on the way back some made a stop there. 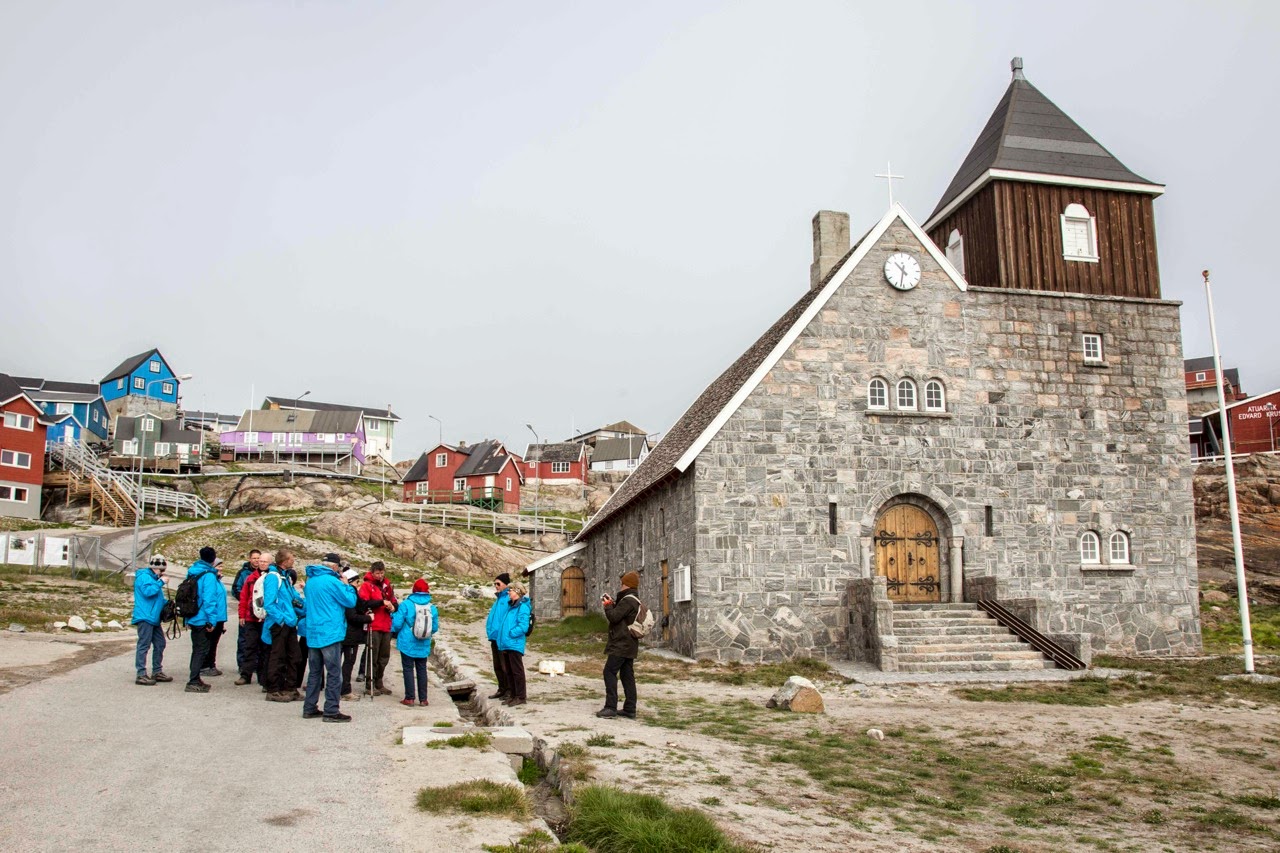 Many of us participated in the Polar Circle Boat cruising to Qilakitsoq, an historical settlement dating from the era of the Thule Culture. In 1978, eight mummies were found here in a cave. Scientists dated the mummies to the year 1475. We could see some ruins of the old turf houses and graves. Today the mummies are on display in the national museum in Nuuk.
In the afternoon we started our hike to "Santa's cabin", and a big group joined for a three hour walk on the foothill of the "heart mountain". 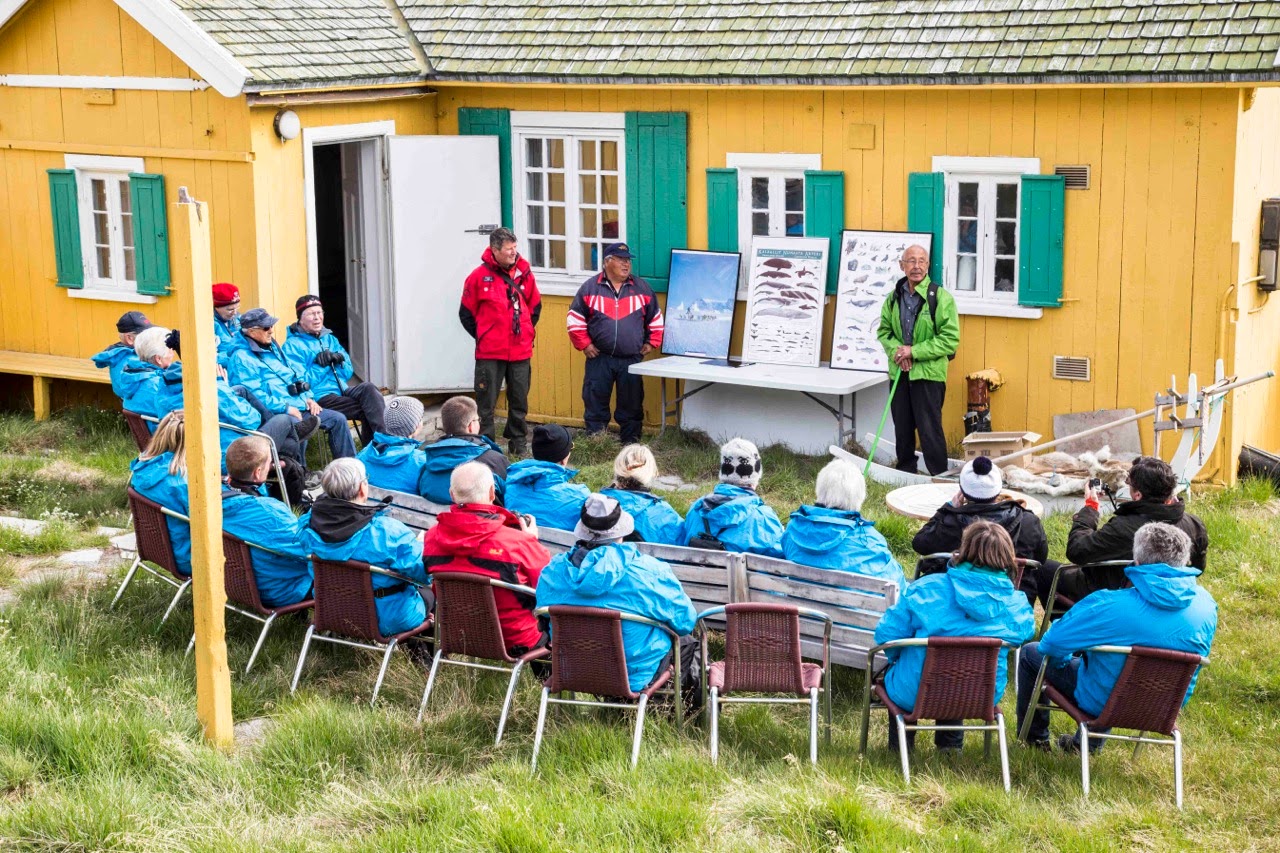 In the evening we reached the little settlement of Ukkusissat. We invited on board local people for singing and dancing. Marianne and the choir where there and gave a great performance. Later we joined them in the settlement for a 'kaffemiq" and music, a wonderful way to end another day in Greenland.