Iceland has had a long history of settlement Norse people, and when they came to Iceland in 870 AD, one of them, a Swedish viking named Gardar Svarvarsson came to the area now known as Husavik. Eventually some farm houses were built and a permanent settlement was established. This is where the Fram and her guests, crew and officers find themselves this morning. The name of the town means 'Bay of Houses' and refers to the original farm houses built around the bay.

Now Husavik is a thriving community of over 3000 people. It is Iceland's centre for whale watching. This is driven by cold productive waters of the Greenland Current which in turn provides great habitat for small fishes such as capelin, which is a favourite food of Humpback Whales. Unfortunately, due to rough seas our whale watching excursion was cancelled but we ended up seeing whales anyway when we left Husavik (more below). From where Fram was docked along side in the harbour we could see the imposing and famous wooden church Husavikurkirkja dating from 1907. 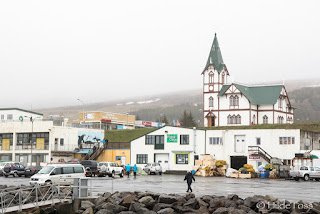 Husavik is a tourism centre as well, and many people come here to visit the amazing Lake Myvatn to the south. We had two excursions to the Lake, which is very productive and full of birds, also history, geology, in fact everything Iceland has to offer on that side of things. One of the excursions visited the Godafoss Waterfall again, for who missed it the day before. There is lots of heat just under the surface at Myvatn and we witnessed many signs of volcanic activity. 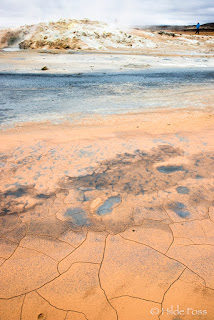 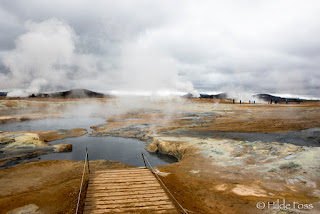 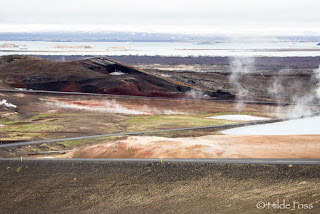 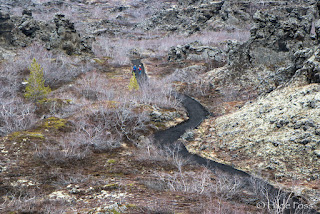 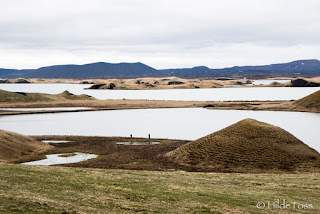 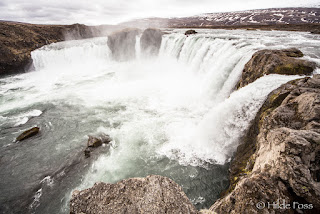 As we left Husavik harbour and turned to the east, we began to see small groups of Humpback Whales from the Fram. For some guests this was the first time they had ever seen these leviathans and a big thrill for all of us. 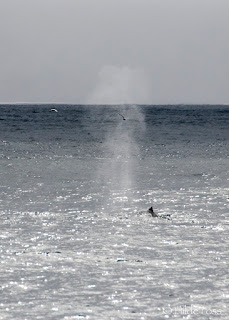 The Humpys were sounding (diving) intermittently, and as mentioned, probably feeding on capelin, a small oily, energy-rich fish. The whales are in these waters for one reason- to feed. They come here from warmer water areas where they spend the winter mating and having their babies.