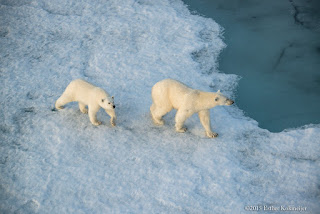 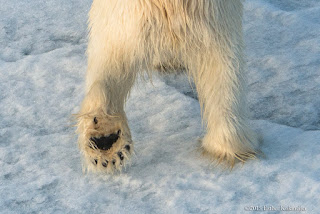 At early morning hours while crossing through the strait between Spitsbergen and Barentoya we encountered two bears on the ice a mother and a well grown calf.  We stopped the vessel and the two creatures approached us very closely they were curious. 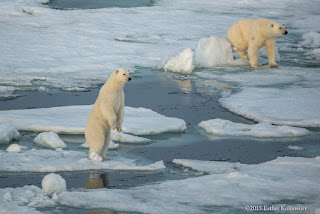 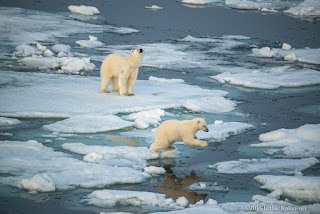 At early morning hours we arrived to Heleysundet and we had a clear and sunny early start our goal was to land in Sundbukta. 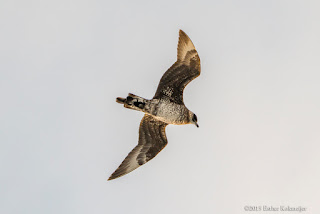 As we approached to the southwestern tip of Barentoya fog and ice was appearing through Freemansund channel and as soon we reached the landing site we realized that was clogged with ice and we decide to go instead to Kapp Lee.  Kapp Lee is located in the NW part of Edgeoya and there we were told about the hunters that used the hut. 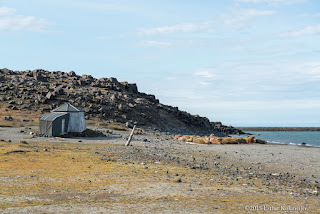 On the beach there was a large herd of walruses where we spend some time looking and photographing them we also had a walk on the hills where we saw some rain deer. 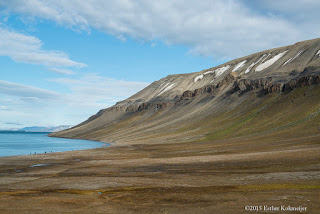 In the afternoon we sailed south through Storforden along the ice edge looking for beards and our efforts paid off late in the evening where we encountered another bear the number six of the trip.  Ice was seen through the night.  On our way we also did encounter many Brunnich´s Guillemots with their recently jumped  nestlings swimming along the ice edge—a sight to be seen. 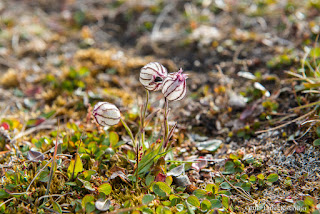