A day with the sledge patrol!

Today we visited Daneborg, the head quarter of the “Sirius patrol”, the sledge dog patrol in the National park. It is a military station and 12 young Danish soldiers are on duty here. In 1931 Norwegian trappers hoist the Norwegian Flag in Mygbugta and claimed Greenland’s east coast for the king of Norway. Of course the Danish government has not been “amused” about it and they did not accept it. In 1933 the international court decided that whole Greenland belongs to Denmark, but the Danes had to show presence all over in Greenland. At this time the Danish military made the decision to have a sledge dog patrol for North East Greenland. Even they could show presence in an easier way today the sledge patrol, Sirius patrol, is still active and many Danish soldiers like to be a member of this very famous sledge patrol.  As it is a military station it is not always possible to visit the location. So we belonged to the few lucky ones. We arrived around 9:00h in the morning. Boat group by bout group we have been guided by one of the soldiers to learn the station. One highlight has been for sure the dogs, these wonderful Greenlandic dogs which are able to pull the sledge hundreds of kilometers through the cold winter landscape of the National park.

Most of us have been happy to be allowed to go into the kennels. It was a hugging and kissing – Greenlandic dogs are very friendly to people – for some passengers this was perhaps a little bit too much. Not everybody enjoys dog kisses. 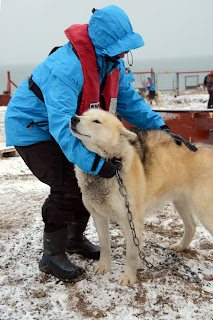 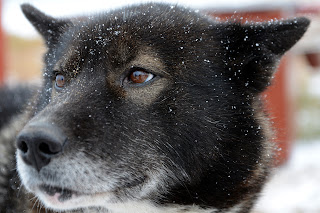 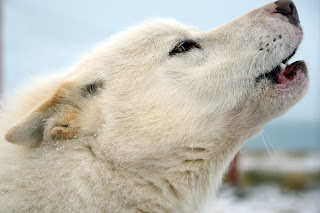 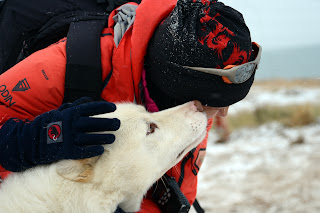 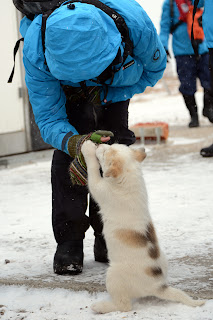 The afternoon we spent in Eskimonæs. Here, 27 km south of Daneborg, has been the first sledge patrol station. During World War II the station was destroyed by the Germans and has been moved to Daneborg, a former weather station.

Back on board the dinner buffet was waiting for us in the restaurant. During the evening the movie “Paolo’s wedding” was shown in the Panorama Lounge. The film was made by the polar explorer Knud Rasmussen in 1933. The film is primarily a documentation of the life of the Inuit at the East coast in the 30ths. All actors have been inhabitants from East Greenland.