On a mystic misty day

Our day in Sisimiut started with dense fog. That is very typical for this region. But it is also typical that the fog disappears later in the morning. So our first impression of Sisimiut, Greenland´s second largest city, was a bit mystic. You nearly could not see the settlement or the mountains in the surrounding. But after a while you could recognize the first houses, fisher boats in the harbor and the landscape around Sisimiut. Later on the fog was gone and the sun was shining again like yesterday in Kangerlussuaq. 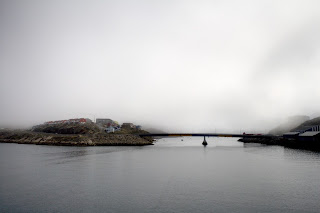 Especially those guests on a hike to the top of Palaasip Qaqqa could have been happy about the nice weather as they got an excellent view over the area.
Many passengers went by boat to Assaqutaq, an abandoned settlement nearby Sisimiut. There was only a summer camp left for the children of Sisimiut and they welcomed us and showed us the results of their fishing and hunting lessons. 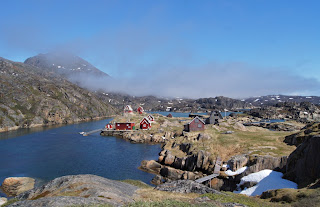 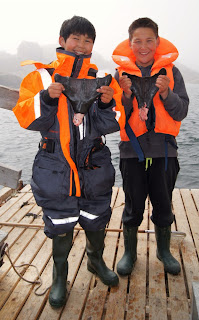 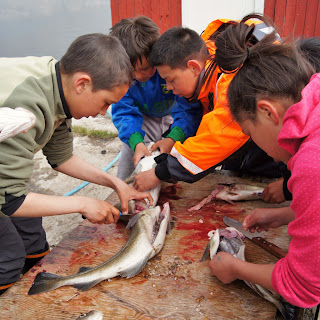 As the tundra just started to bloom we got a first impression how nice the vegetation can be. Greenland seems to be a real green land. 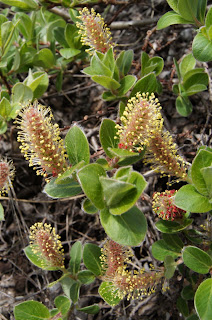 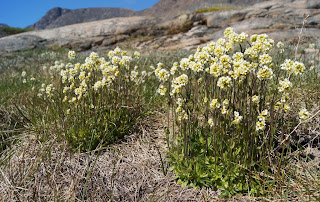 In the city itself we learned about the modern Greenland. We saw the houses out of the sixties and the very modern houses built in the last ten years. What a difference! The modern supermarkets offered nearly the same than our shops at home. Only the whale and seal meat in the fridge remembered us that we were not in Europe.
In the evening after dinner we met Miki, a Greenlandic singer and artist in the Observation Lounge. He gave us a first concert with special songs from his country.
All together we have to say: It was a perfect day, with a mystic start and an exciting end.

Email ThisBlogThis!Share to TwitterShare to FacebookShare to Pinterest
Photograph(s) by: Friederike Bronny, Simon Bottomley
Newer Post Older Post Home
Welcome to MV FRAM's Expedition Blog!
MV FRAM is the most modern expedition cruise vessel belonging to the Hurtigruten fleet, roaming polar waters and taking people to remote places where only few go. In order to give you the chance to travel with us, even if only on your computer screen, we have created this blog. Here you can see what we have seen and read what we have done.
And, maybe you will be onboard with us one day!
All About MV FRAM - here
FOLLOW US ON FACEBOOK !