Welcome to the big island – Welcome to Qeqertarsuaq!

During the night we were heading forward to Qeqertarsuaq - a small settlement on Disko Island - that was well-known during the whaling time as Godhavn. The weather was still amazing. As we are here during the midnight sun we have sunshine for 24 hours. Exactly at 24h last night we could see our first icebergs sailing smoothly through the calm sea in a very golden light. Some of us were not even thinking about sleeping as long there was such an unforgettable nice iceberg ally next to the vessel. 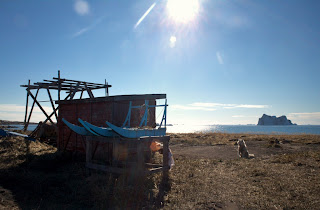 As soon as we reached the harbor of Qeqertarsuaq we started our landing with our little Polarcircel Boats. In several groups we went on a nice hike to the so called “Valley of the wind”. We have just spring time on the Disko Island. The typical Table Mountains – formed during a volcanic period 55 to 60 Million years ago - are still a little bit covered with snow but the tundra is blooming already. Some passengers joined a guided tour through the little village. It was nice to get at least a first impression about the life in a small Greenlandic settlement. 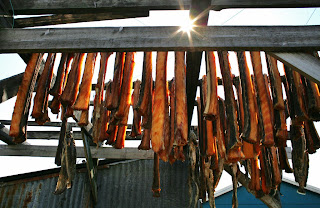 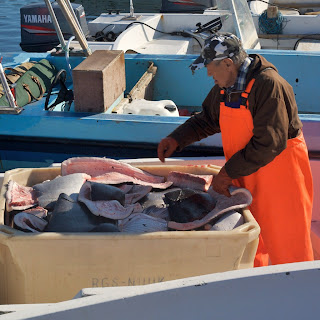 Back to the vessel it was lecture time. Our lecturer team started to teach us in three different languages. Hopefully we will remember at least a small part of all these nicely given lectures. 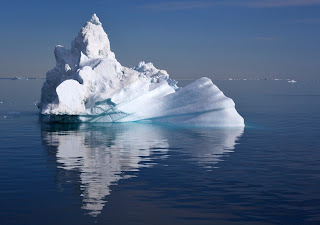 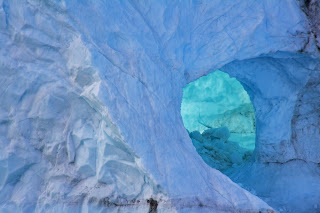 Now in the late evening the sea is so calm that the mountains are reflected in the sea like in a mirror. The icebergs are shining golden again. And once more it is difficult to go to bed. When will we see a landscape like this – especially under this unbelievable conditions – again?

Email ThisBlogThis!Share to TwitterShare to FacebookShare to Pinterest
Photograph(s) by: Simon Bottomley
Newer Post Older Post Home
Welcome to MV FRAM's Expedition Blog!
MV FRAM is the most modern expedition cruise vessel belonging to the Hurtigruten fleet, roaming polar waters and taking people to remote places where only few go. In order to give you the chance to travel with us, even if only on your computer screen, we have created this blog. Here you can see what we have seen and read what we have done.
And, maybe you will be onboard with us one day!
All About MV FRAM - here
FOLLOW US ON FACEBOOK !