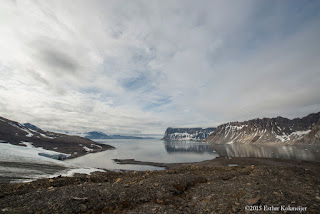 Today we reached Hornsund, a beautiful fjord system on the south west corner of Spitsbergen. This is the place where Wanny Wolstad overwintered for five years as a trapper. Our destination was Burgebukta, a bay on the north side of Hornsund. We were a little bit delayed due to ice conditions, but the weather was very nice, with high clouds, no winds and five  degrees Celsius. 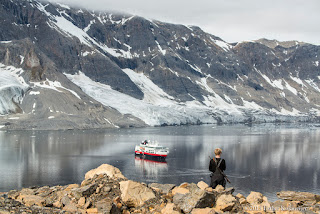 16 passengers including two of the expedition team members went glacier hiking on Burgebreen, and we had a good time watching the different ice formations on the glaciers. 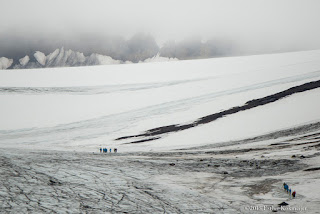 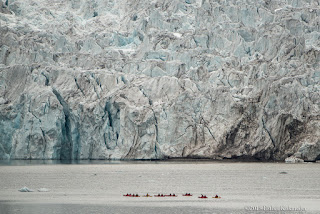 After a long and nice landing in Burgebukta we went cruising with Fram in Hornsund, and the raw mountains and glacier fronts gave us a magnificent view. In the evening it was time for our famous crew show in the panorama lounge, and we also had a passenger who performed a lovely song for us. We had some great musical experiences as well as dancing performances, and from time to time it was interrupted by whale sightings on the sea. 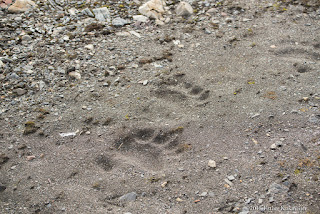