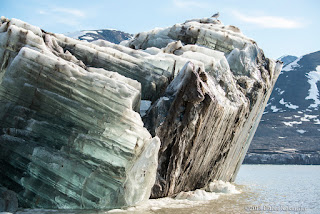 Early this morning we visited Monacobreen (= Monaco Glacier) located in Liefdefjord 8 which means ¨Love bay¨ and runs for about 30 km in length, this fiord is about 13 km at the entrance and about 6 km in width at the Glacier.  The Glaciers at the end of the bay were named by a German surveyor named Paul Seliger.  The main glacier is named Monaco after the Duke Albert I of Monaco and then to the left Ema and Idabreen being named after the daughter and wife of the surveyor. 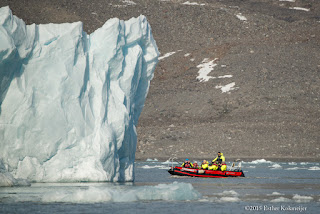 It was an extremely sunny morning a bit unusual such warm weather but we had an enjoyable Polar-Cirkle boat cruise where we observed a few bird species such as Kitiwakes, Fulmars, Artic Skuas, and Glaucous Gulls.  Some of us went into a hike on the near mountains and they came back tired but with a smiley face. 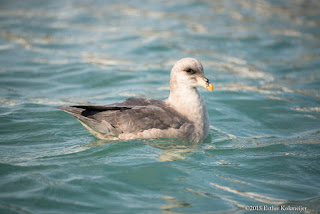 In the afternoon some went into a Polar Circle boat cruise along Liefdefjord from Monacobreen to Mushamna or Mouse Bay-to visit the area around an ex hunter hut.  Around the area there are two small lakes there that contain a variety of waterfowl including birds like Eider ducks, Brent Goose, and Red-throated Divers. 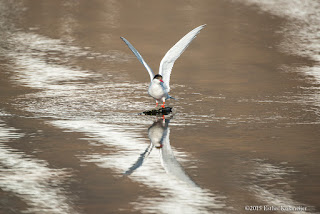 On the shoreline we encountered a small herd of walruses and a second herd that was swimming next to the hut. 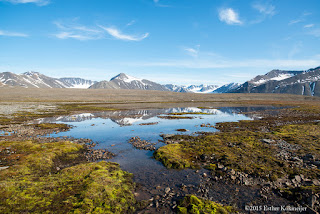 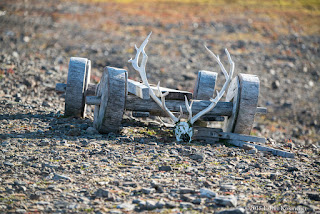 We had an extraordinary warm day and we ended the evening with a visit to Moffen Island besides to be a well known place for walruses, this visit contained two small clusters.  However Moffen is also exceed the 80 degrees north which is the closest place to the north pole that we visit on this trip.