Ilulissat- our furthest point north on this tour

Early in the morning, our expedition leader, Karin, woke us up with the message to get up and get out on decks to see the amazing view outside. We were in Disko Bay and completely surrounded by icebergs, everyone looking unique in form and colour.  Yes, icebergs have colour! The nooks and crannies often have a blue or green glow. This is caused by light penetrating the ice and the water molecules in the ice absorbing the reds, oranges and yellows and leaving behind the greens and blues. 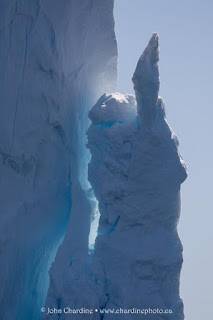 Though we are in the town of Ilulissat, the theme for the day has to be ice. Millions of tonnes of ice pour down from the glacier behind the town every day and over about a year they make their way from the glacier front over 70 km inland, to the bay off Ilulissat. The front is at the end of the glacier where the ice calves off to form glaciers. At the front, the ice is still mostly floating on seawater and the tides apply forces to the ice due to its buoyancy. This promotes calving. Once calved, the bergs slowly move out but eventually ground on an undersea ridge and sit there, slowly melting, until they are released to pass into the Davis Strait. The grounded icebergs prevent the ones behind from moving out with the effect that they pile up in a traffic jam of ice back to the front. Once they are fully released into the sea, currents move them first north then south to the western North Atlantic. 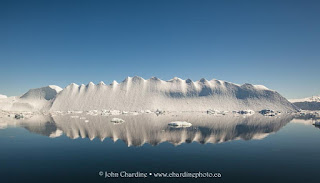 In the bay off Ilulissat, many smaller icebergs and bergy bits of various sites gentle waft by, behind are the behemoths. The glacier making all these icebergs is the most productive in the northern hemisphere. Indeed, the iceberg that hit the Titanic off eastern Canada was almost certainly born in Ilulissat. 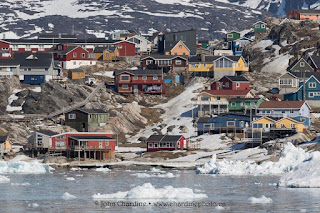 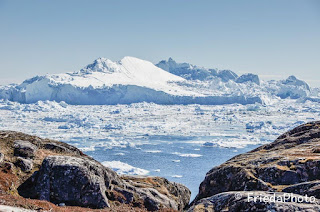 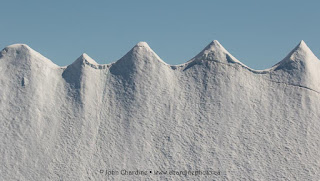 Climate change and warming in west Greenland is no better illustrated than in Ilulissat. The glacier front used to be much closer to the town but has receded over 60 km back. Once the front recedes so that it is totally on bedrock rather than partially floating on the sea, the large icebergs will no longer be produced and the end of an era will come to an end.

We had several options for activities today including hikes to vantage points where the large, grounded icebergs can be seen, a helicopter ride over the icebergs and inland to the glacier itself, a guided walk around town, and a boat trip in amongst the icebergs in the bay.  The sun was almost painfully bright today and sunglasses and sunscreen were a must! Little wind made for very pleasant, almost warm conditions. Here is a selection of images from the various activities of the day. 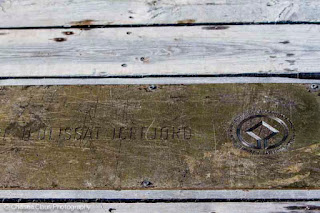 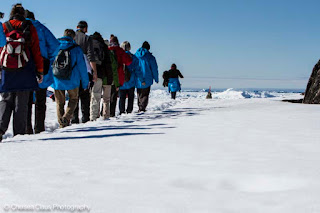 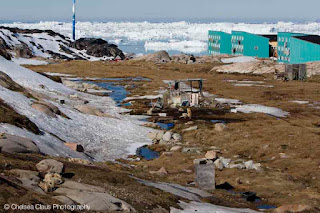 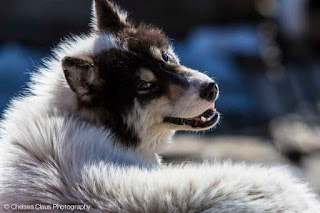 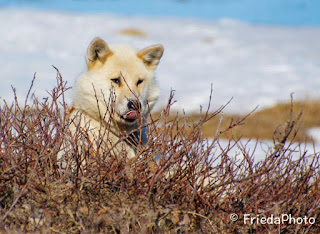 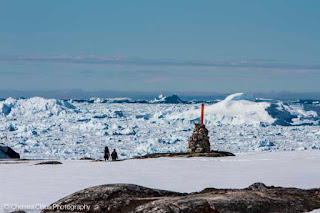 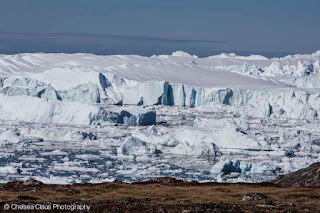 Email ThisBlogThis!Share to TwitterShare to FacebookShare to Pinterest
Photograph(s) by: Chelsea Claus, FriedaPhoto, John Chardine
Newer Post Older Post Home
Welcome to MV FRAM's Expedition Blog!
MV FRAM is the most modern expedition cruise vessel belonging to the Hurtigruten fleet, roaming polar waters and taking people to remote places where only few go. In order to give you the chance to travel with us, even if only on your computer screen, we have created this blog. Here you can see what we have seen and read what we have done.
And, maybe you will be onboard with us one day!
All About MV FRAM - here
FOLLOW US ON FACEBOOK !