Obviously the Fram is travelling in a stable high pressure system. The weather is still brilliant and the sea is still calm like a lake.
We arrived to Upernavik at 8.30 am and the Fram stayed at anchor. Soon after the passengers were taken ashore by the Polar Circle Boats. They started to explore the town especially the old part with the church and the museum and some visited the Workshop where the arts and crafts are made like jewellery. 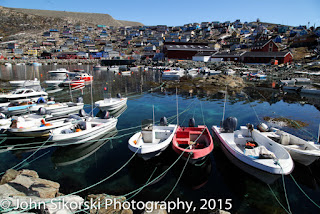 A Folklore Show starts at 11.00 am in the local Sport Hall, which was very enjoyable.
After lunch two local hunters came on board Fram to tell about “Polar Bear Hunting”. The people in Greenland have still the allowance for hunting a small amount of Polar Bears, and Polar Bear Hunting is an important part of their traditional culture.
The Fram left Upernavik at 16.00. 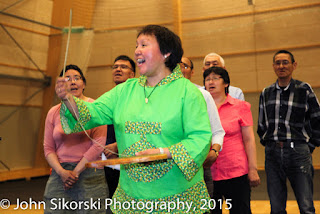 During the late afternoon our lecturers gave presentations about “Who owns the Arctic” and Ice on Greenland and in Greenlandic waters.


Finally we had a Recap with the Expedition Team in the evening where many questions were asked. The expedition leader gave a short preview for our activities for the next destination. We changed our program and did a landing in a glacier valley instead of visiting the old ghost town of the coalmine of Qullissat. After lunch there were a true expedition afternoon for our guests. We cannot sail to Equip Sermia due to the ice condition. After that preview, we had a discussion about differences in lifestyle between “European” and “Polar” cultures in the observation lounge. 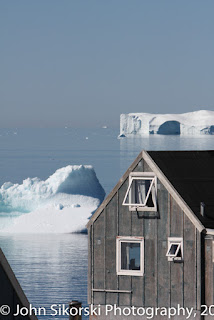 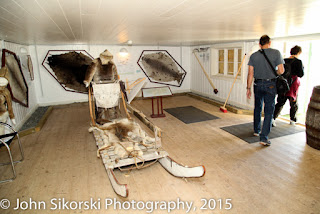 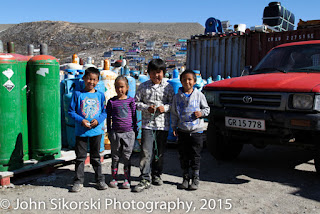 Local children in Upernavik nearby the harbour

Email ThisBlogThis!Share to TwitterShare to FacebookShare to Pinterest
Photograph(s) by: John Sikorski
Newer Post Older Post Home
Welcome to MV FRAM's Expedition Blog!
MV FRAM is the most modern expedition cruise vessel belonging to the Hurtigruten fleet, roaming polar waters and taking people to remote places where only few go. In order to give you the chance to travel with us, even if only on your computer screen, we have created this blog. Here you can see what we have seen and read what we have done.
And, maybe you will be onboard with us one day!
All About MV FRAM - here
FOLLOW US ON FACEBOOK !