Today we remained in the Disko Island area. Overnight we circumnavigated half the island and ended up this morning in the town of Qasigiannguit. As with most towns and settlements in Greenland there is a long pre-history of use of the area by ancient native cultures. In "modern" times, the present settlement was founded as a trading post in the 1700s. Economically important activities today are fishing and growing tourism. 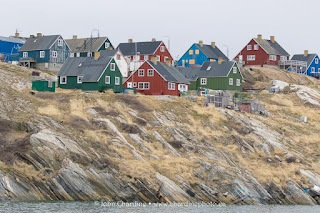 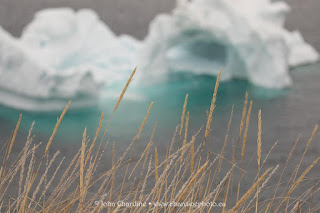 Although the skies were cloudy and some fog hung around, our spirits were not dampened as we ventured forth into the town- and what a fascinating place! Along the roadside, some Greenlandic dogs were lazing around. One female had a litter of pups, about 14 days old. They were totally adorable and seemed to be at home in the cool, outdoor conditions. From the very beginning of life, Greenland dogs have to get used to the cold! 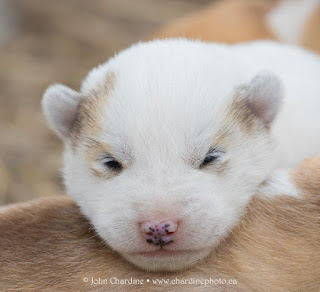 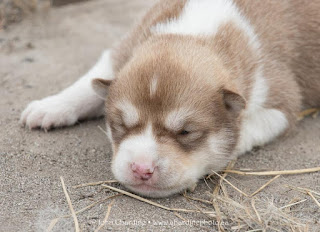 Farther down the road we came to several old colonial buildings that formed the museum complex. The various stages of immigrations of Inuit peoples from Siberia through Alaska and Canada to Greenland were very nicely presented, as well as traditional clothing, local birds and many other topics. 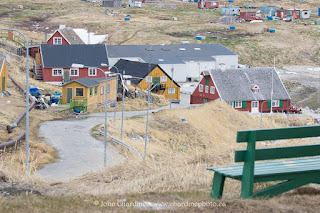 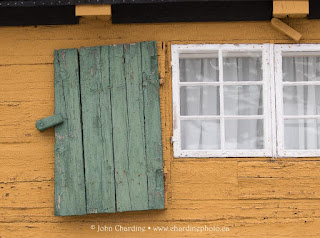 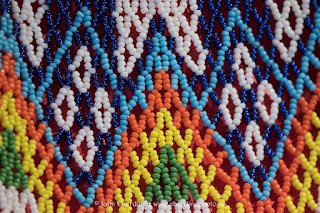 On the way we saw many Snow Buntings, Lapland Buntings and Common Redpolls, like this male below. 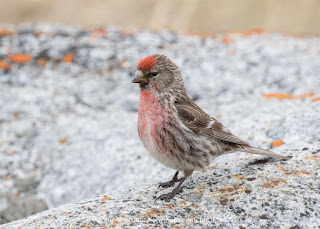 In the afternoon, we had two taste-treats. On deck 7 the local Royal Greenland fish plant presented a tasting of the totally toothsome Greenland Halibut. It was amazing to taste the fresh fish prepared in different dishes. We got even a very nice and informative talk done by one of the managers of the fish factory. He was open for all our questions and now we feel like fish specialists. In town, a Kaffemik of coffee and traditional cakes was hosted by the Kindergarten Kulunnguaq in celebration of its 35th anniversary. 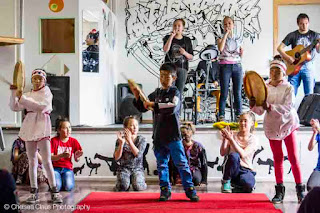 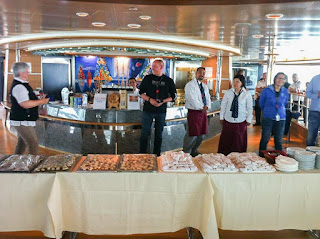 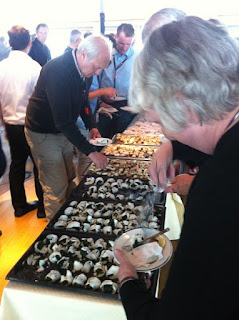 In the evening we cruised by the iceberg field off Ilulissat. The light was golden, the air was calm and there was a perfume in the air made by the plants of the sea. The massive icebergs stuck along an undersea ridge towered above the water. Some very blue ones floated by. 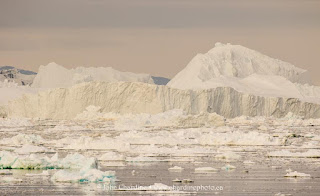 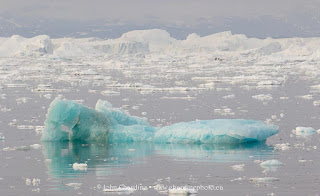 Some lucky guests were able to take a Polarcirkel boat cruise in amongst the ice!