On a visit in a ghost town

After our last ice cruise with our comfortable Polarcirkel Boats yesterday evening in the wonderful and golden midnight sun, we sailed north through the Vaigat Strait where we planned a visit in Qullissat, an abandoned coal mining settlement in the NE of Disco Island. We landed in calm but cloudy conditions but over the morning we were there, the sun started to break through.

Qullissat was not a traditional Greenlandic settlement. Those were usually centred on good hunting and fishing areas with easy access to the sea. Qullissat was founded in 1924 as a mining settlement around extensive coal deposits. By 1965, the mining population including managers, workers and children numbered 1407 making it the third largest settlement in Greenland at that time! The mine was closed by the Danish government in 1972 due to unprofitability, this despite the fact that an estimated 100 million tonnes of coal were left in the ground in the general area. After closing the inhabitants, were forced to leave rather quickly and dispersed over the adjacent coastlines of Greenland. 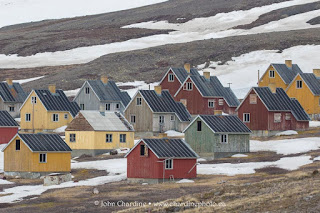 Although the theme of the landing was the "ghost town", there was a lot of birds and most importantly, flowering plants to see. The lack of snow in the area suggested a warmer micro-climate and this was reflected in the several species of flowering plants that were seen.

We were thrilled to see Canada's gift to the world, the Canada Goose! Several were feeding above the shoreline. 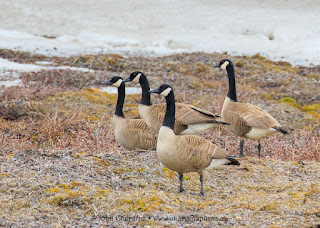 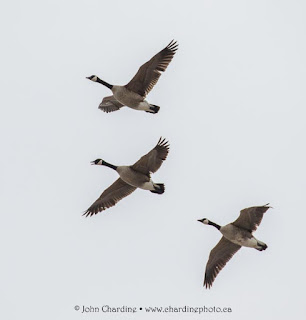 Several of us were also lucky to see a very tame Arctic Hare. 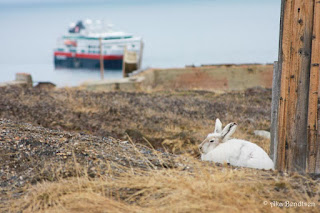 Email ThisBlogThis!Share to TwitterShare to FacebookShare to Pinterest
Photograph(s) by: Aka Bendtsen, John Chardine
Newer Post Older Post Home
Welcome to MV FRAM's Expedition Blog!
MV FRAM is the most modern expedition cruise vessel belonging to the Hurtigruten fleet, roaming polar waters and taking people to remote places where only few go. In order to give you the chance to travel with us, even if only on your computer screen, we have created this blog. Here you can see what we have seen and read what we have done.
And, maybe you will be onboard with us one day!
All About MV FRAM - here
FOLLOW US ON FACEBOOK !