A capital in a glorious landscape

During the night and the morning we were sailing along the Greenlandic South West Coast northward. Our next destination should be Nuuk, Greenland’s capital. The weather has been amazing again and we enjoyed the view over the snow and ice covered mountain ranges in the distance.
At the same time we had lectures again. It was difficult to make the right decision. Should we listen to a lecture to be well prepared when we reach Nuuk or should we stay on the open decks or in the Observation Lounge to enjoy the nature? But then suddenly there have been creatures that made the decision for us – whales. At least seven Humpback Whales showed up in front of the vessel. Our captain slowed down the ship and gave us so the best possibility to watch these huge animals. It was unbelievable. They did not feel disturbed by us. Especially the giant flukes have been an imposing picture.
In the early afternoon we reached Nuuk, the capital of Greenland. The town is with app. 15.000 inhabitants the largest city of this icy land. The Paleo-Eskimo of the Saqqaq culture settled in this area already 5000 years ago. The city was founded as Godthåb in 1728 by the royal governor Claus Paarss. Hans Egede, Greenland’s first missionary founded his mission colony on a small island directly in front of the area, where Nuuk is located today, in 1721. But only some years later he moved to the new founded colony of Godthåb on the mainland. The old colonial part (Godthåb) is still an important historical part of Nuuk.
Nuuk is a very modern city today, with modern inhabitants, modern buildings and a modern “way of life”. 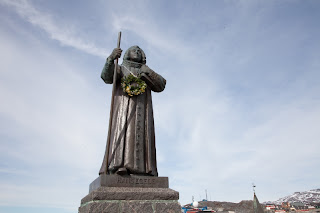 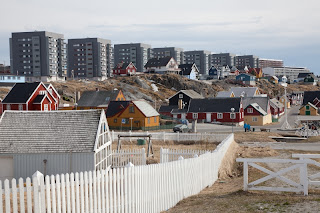 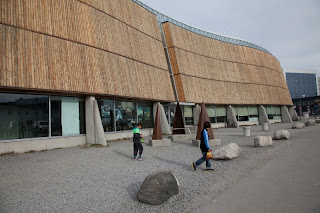 During our time in Nuuk we could explore both parts of this amazing town, the historical part, the present part and perhaps even a little bit of the future.


And our hikers on board even enjoyed the fantastic surroundings of Nuuk. 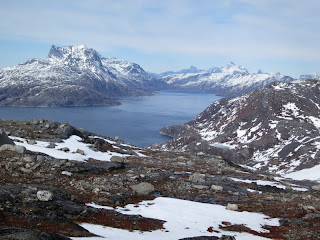 In the evening we relaxed in the panorama lounge. The crew invited us to a fruit and ice carving show and Mikki, our Greenlandic artist, played his guitar. The day could not end in a better way. 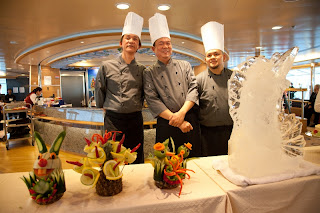 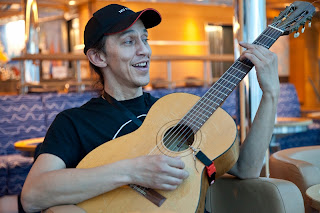 Email ThisBlogThis!Share to TwitterShare to FacebookShare to Pinterest
Photograph(s) by: Corina Gamma
Newer Post Older Post Home
Welcome to MV FRAM's Expedition Blog!
MV FRAM is the most modern expedition cruise vessel belonging to the Hurtigruten fleet, roaming polar waters and taking people to remote places where only few go. In order to give you the chance to travel with us, even if only on your computer screen, we have created this blog. Here you can see what we have seen and read what we have done.
And, maybe you will be onboard with us one day!
All About MV FRAM - here
FOLLOW US ON FACEBOOK !