Camp Frieda – Plan A turned in to an A+ Plan B

Per definition an expedition cruise can at any day during the cruise change from plan A to plan B or even plan C. And this is exactly what happened today. Due to the ice conditions in the narrow sound on the way to Eqip Sermia we had to change to plan B. 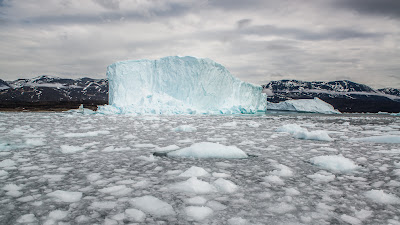 We tried to make a baptism to please King Neptune but it did'nt help on the ice situation... 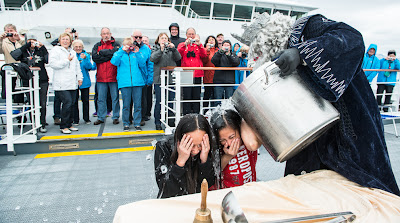 First we had a very nice ice cruise among the icebergs in our PolarCirkle boats. It was as always very overwhelming to see the icebergs up-close. The icebergs come in infinite shapes and people in Greenland like to say that the Disco Bay is the World’s largest sculpture park. 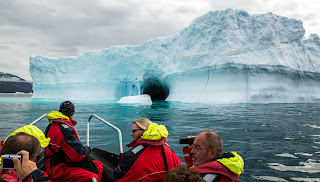 After a good lunch we took off to the southern shoreline of the Nuussuaq peninsula. A few kilometers next to the settlement of Saqqaq our Expedition team member Friederike spent here four summer seasons of field work for the Ruhr-University in 1979,1982,1985 and 1994. For years she has told about the beauty of the place and finally we had a chance to go there. 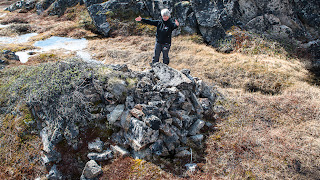 Down by the shoreline Friederike told about her adventures here and of the many flowers that had just started to bloom these days. And now, after so many years this place is even officinal called after her as camp Frieda. 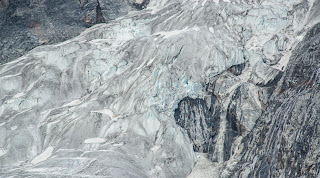 Some of us had a very good and quite a long hike towards a glacier at the end of the lush valley. It was a fairly easy hike we walked along the river that came from the melting glacier. We saw several reindeer droppings, but at this time of the year the reindeer stay up in the highlands away from the summer heat and mosquitos. 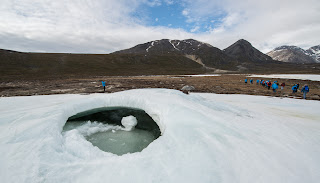 In the evening when all were well back onboard we were back on schedule and had a thrilling show with ice and fruit carving in the observation lounge.