Our southerly transit south toward Detaille Island took place during the night and our progress was slowed as we encountered several large patches of floating ice. Due to the delay we had the opportunity to insert two geology lectures, one in German and one in English. Wegener the German meteorologist figured out continental drift in the early part of the 20th century but it was not until the 1960’s and later that seafloor spreading, mid ocean ridges and magnetic stripes provided the information that caused the scientific revolution in earth sciences. 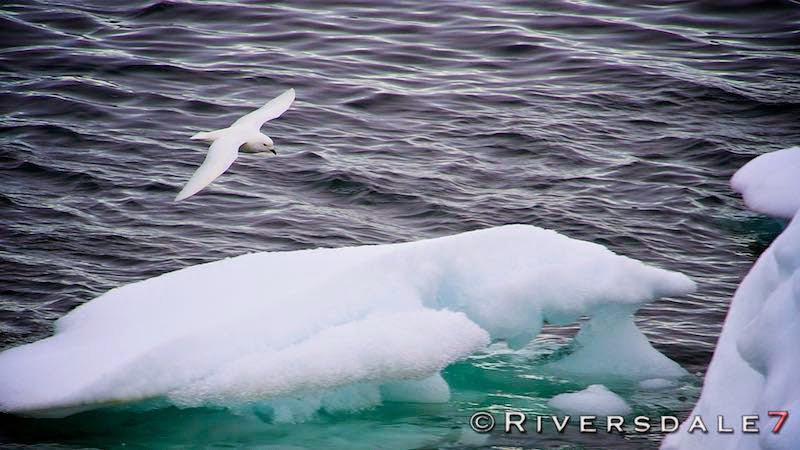 Who should appear just before lunch but a growling King Neptune who announced that we had invaded his Kingdom. Neptune promised us grim sea conditions ahead as so far our weather had been much too pleasant. The King then proposed that by baptizing a few of us into his realm he might lessen his promise of bad weather. Several of us underwent the ritual dousing with ice water, and became subjects of King Neptune. 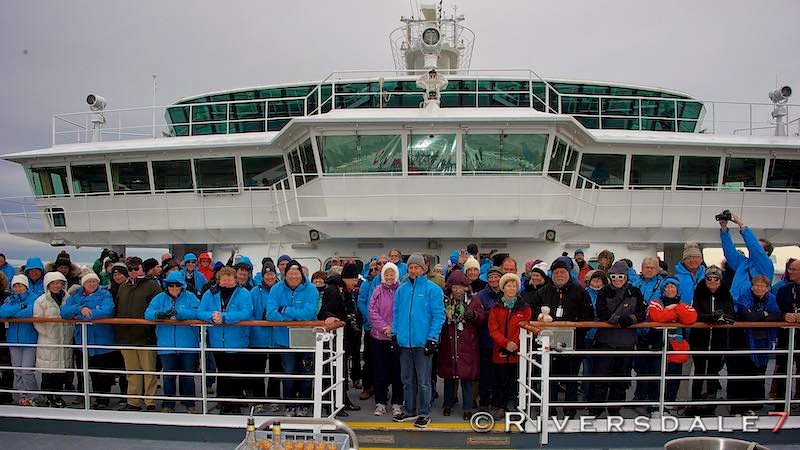 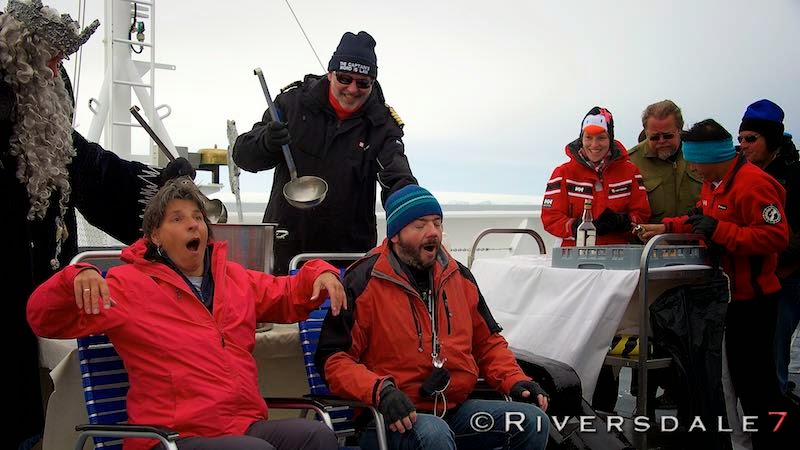 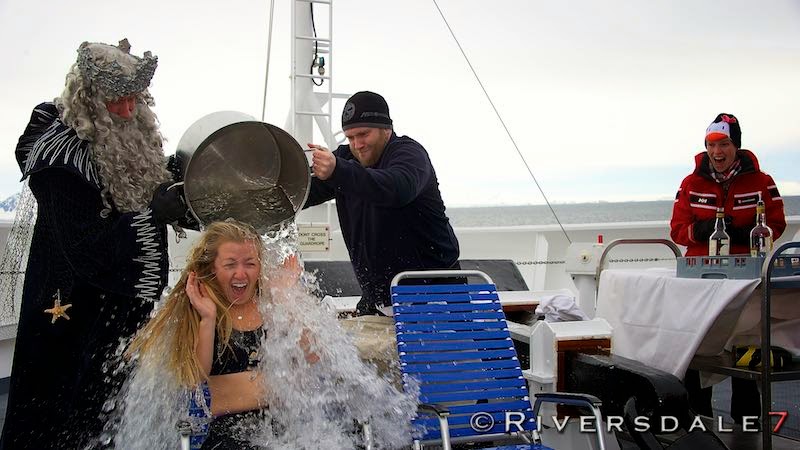 Lectures on Antarctic marine life and ecology were presented to enhance our knowledge of the world we are been seeing in our travels. The course of our travels changed following the decision to abandon a landing at Detaille Island. The FRAM headed west then south to the open sea off the west coast of Adelaide Island. The sea here is strewn with a few large icebergs and lots of growlers and smaller bergy-bits. The winds were approaching the FRAM from the stern and picked up to storm force and the ocean swells reached more than 9m or 30 feet as the FRAM rolled along heading south for Marguerite Bay. 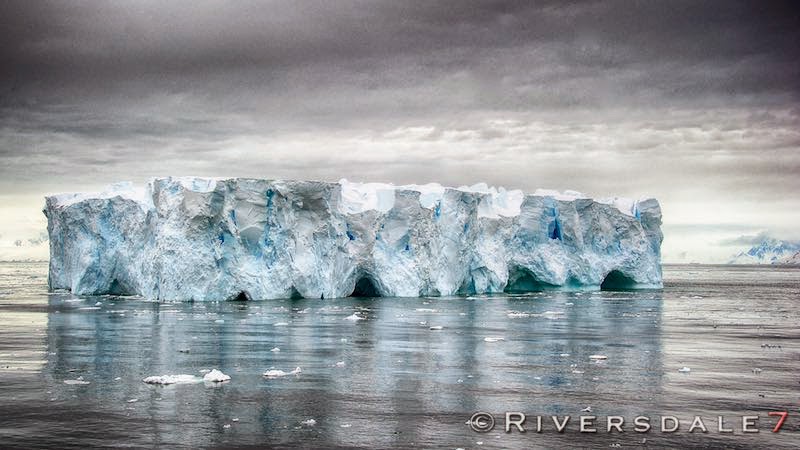