Thankfully the seas and winds decreased during the night and this morning there were no white-capped waves as enjoyed our breakfast and looked out the dining room windows. Many birds accompanied the FRAM and we saw Albatrosses, Pintado Petrels and a group of Giant Petrels dining on a penguin. 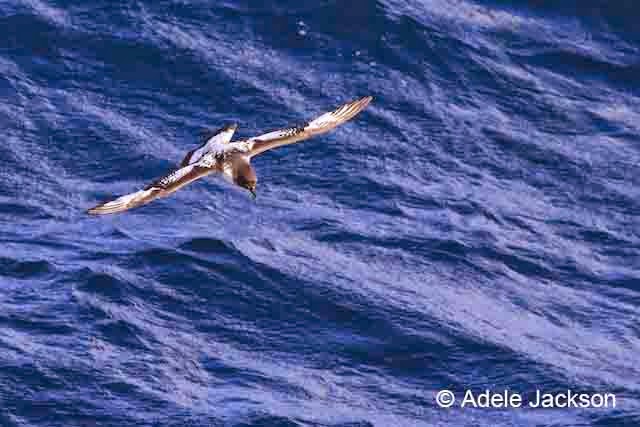 Calmer seas meant many more people up and about. The first event thing this morning was jackets and boots for those people who could not join in yesterday. The mandatory IAATO briefing was held this morning, in English, German and Chinese and everyone attended.  Following the briefing stations where set up on three deck levels to vacuum all the previously worn clothing that will worn in Antarctica. This action is required to keep foreign pests and plants for accidently being carried into and invading the Antarctic environment.

By lunchtime we could see the Shetland Islands and by 2PM we were motoring along the south side of King George Island. On the island we could see the orange buildings of several research stations. Our first Antarctic landing was to be at the crescent-shaped aptly named Half Moon Island. 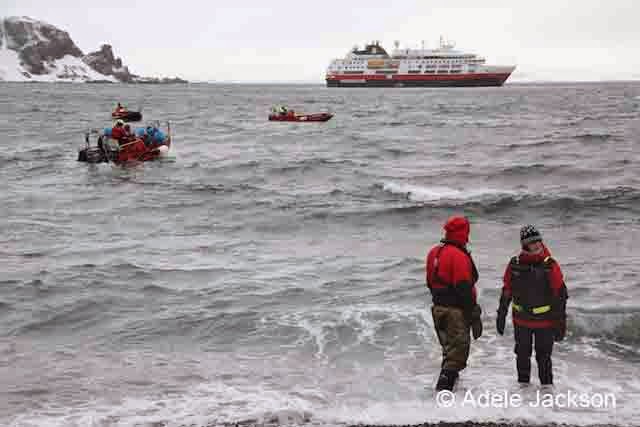 This landing took place at two locations. First we landed the hikers near the Argentinian Station Camara and from the beach they hiked to several nearby ridge-tops overlooking the three volcanic knobs and connecting cobble beach ridges that make up the island. The other landing was near the old water boat on a steep beach with several fur seals. While walking the island we saw colonies of Gentoo and Chinstrap Penguins. Snowy Sheathbills and Skua Gulls are always lurking around the colonies for their next meal. 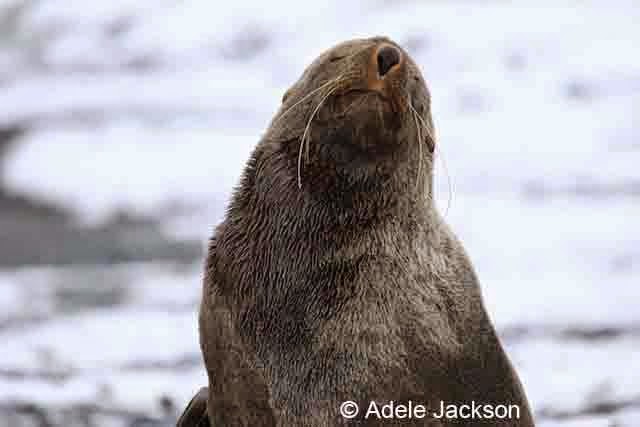 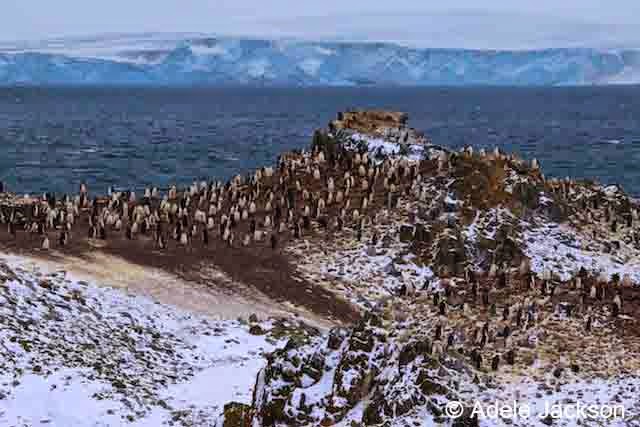 We closed the day with an Expedition Staff meeting that was also attended by the Captain and the other ships officers. We all gathered in Colin Archer’s room to celebrate and the old boy looked on as we helped Karin Strand celebrate her birthday.