After a smooth crossing of the Saaristomeri, the Archipelago Sea between Sweden and Finland with its ten thousands of islands, a chilly breeze greets us in Helsinki.
Although this translates into "sunset" there is not much to see in terms of springtime. In fact, people are dressed up in thick coats, wearing hats and shawls and tell us about the harshest imaginable winter that has just passed since many years. So we do the same and dress warmly before we start to explore the city at the very far end of Europe, next door to Russia and fraught with history. And it shows at first sight: The well-kept classicistic houses that build the general background are overtopped by the fabulous white dome and the red-bricked Uspenski Cathedral, witnesses of the czarist era. When you move in town, you also recognize the typical wide-spaced, pompous but somehow grim buildings of the Russian "superpower-architecture". Then again, Jugendstil left its marks, too, like in the straight-lined railway station, the National Theatre or the filigrane glass fronts of the cafés on the Esplanade. And over the whole city lies the atmosphere of a slightly unorganized effort to combine Cosmopolitan and Bohemian lifestyle, very young, friendly and a little odd. . A truly remarkable mixture, appealing and unique. 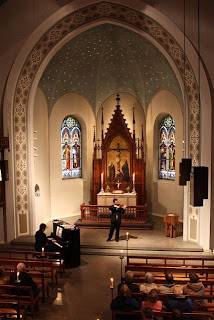 Those who join the guided tour get to hear a Sibelius concerto in the German Church in the evening's twilight, leaving a very intense memory.
And now it is time to head for the farthest, most unknown and most exotic stop on this voyage - St. Petersburg.

Email ThisBlogThis!Share to TwitterShare to FacebookShare to Pinterest
Photograph(s) by: Tori Hogan; Steffen Biersack
Newer Post Older Post Home
Welcome to MV FRAM's Expedition Blog!
MV FRAM is the most modern expedition cruise vessel belonging to the Hurtigruten fleet, roaming polar waters and taking people to remote places where only few go. In order to give you the chance to travel with us, even if only on your computer screen, we have created this blog. Here you can see what we have seen and read what we have done.
And, maybe you will be onboard with us one day!
All About MV FRAM - here
FOLLOW US ON FACEBOOK !