The most northern point

We reached the Orkney Islands and they are the most northern part of our voyage. Blue sky, sunshine, light wind and beautiful excursions, that’s how the day started. It must be FRAM who is bringing the sunshine all around the British Isles. Most of us went on excursions and the others strolled through Kirkwall, the nice capital of the archipelago. Orkney is made up of 70 islands, of which only 16 are inhabited. Kirkwall is the political, cultural and commercial center. Here are a big hospital and several schools so even a small university is in town. 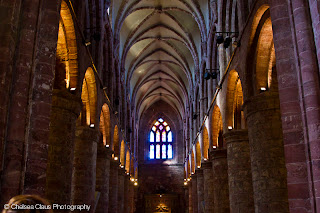 Right in the center is the famous St. Magnus Cathedral founded in the 12th century and extended during the following centuries. There are several old tombstones and also the mortal remains are placed in a column. 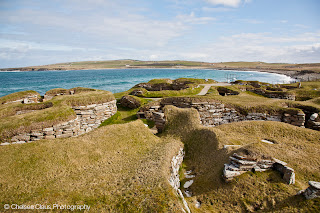 The Norsemen weren’t the first settlers; the oldest ruins are dated back to the Neolithic period more than 5000 years old. At Skara Brae is the best preserved settlement of this time and belongs to the list of the UNESCO World Heritage Sites since 1999. It is really amazing walking around and having a closer look of the different houses which are close a beautiful beach. There are many places on the islands and one of the most impressive is the Ring of Brodgar. It is a ring of 60 stones and still 27 remain. The stone ring was built in a true circle, almost 104 meters wide. 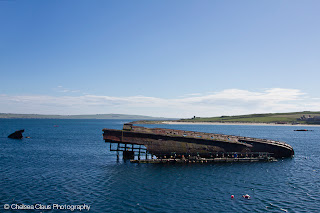 On our other trip we started to go to most southern island of the Orkneys, South Ronaldsay. It was also a historical tour, but mainly about the time of the First and Second World War. Scapa Flow is a great inlet surrounded by protective islands. During the First World War, when the Great Fleet was based here and later the German Fleet was interned. On 21 June 1919, after nine months of waiting, Rear Admiral Ludwig von Reuter, the German officer in command at Scapa Flow, made the decision to scuttle the fleet of 72 ships. Today there are still seven shipwrecks on the bottom of Scapa Flow. 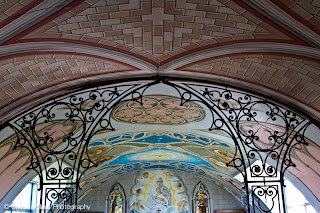 In the little island Lamb Holm stands the Italian Chapel built by the Italian prisoners during the Second World War. It is an astonishing little chapel created out of Nissen huts. This trip ended up in the famous Highland distillery where we learned a lot about the distillation of the Single Malt Whisky. It gave us also the opportunity to taste a 12 year old whisky. 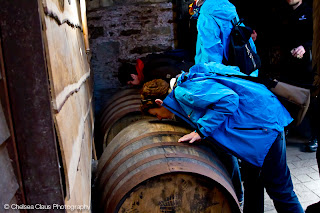 On the third excursion we looked for the bird life on the Orkneys. Especially the cliffs are famous for the seabird breeding during the summer. It was an exciting trip through the landscape also passing several historical spots. 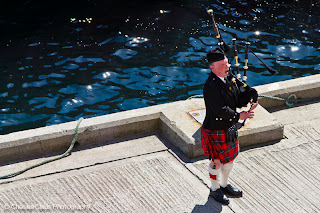 Being back we got the opportunity to listen to two lectures and enjoy waffles in the panorama lounge. The day ended again with a tasting of Scottish whiskey and songs, performed by Bernie and Beastie. 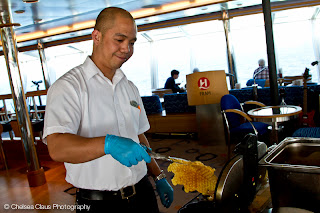