Our destination is reached (a bird day)

After after four beautiful days at sea off the east coast of Patagonia, we see land for the first time. It’s the chain of islands in the far northwest corner of the Falkland Islands called “The Jasons”. They are two main, uninhabited islands in the group and they are both havens for Falklands wildlife, particularly seabirds such as albatrosses and penguins. Just before reaching the Jasons, we were reminded of how fickle the weather is in these parts. Suddenly from sunny weather we sailed into a maelstrom of wind and sleet with wind speeds reaching hurricane force! The Fram healed a little to one side against the wind but stood up to these huge forces like the champion ship we know she is.

So, our destination within the Falklands today was Carcass Island. Carcass is rat-free and that means the island birdlife thrives there. The island is owned by the Lorraine and Rob McGill family who run a guesthouse on the island and also a small farm. 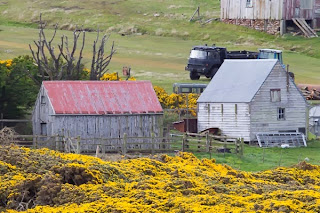 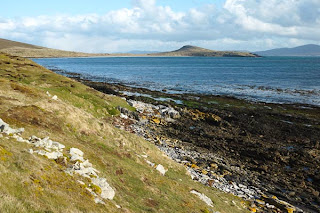 In the farmhouse itself, we were treated to biscuits, cakes and tea and coffee- a real British afternoon tea! We explored the area around the farmhouse and the nearby beach. Some hiked over to Leopard Bay to experience a bit more of the island and to see the penguins there. In between, we had good looks at many of the bird species of the island, including the endemic Cobb’s Wren.

It is also important to step back from the small details and “smell the roses”- in other words look around at the scenery of the island. When you do that you get the impression of soft, rolling hills dotted with large patches of bright yellow gorse- a beautiful sight! 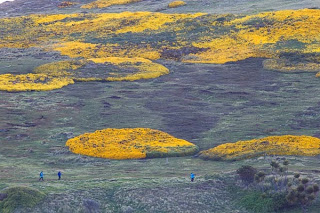 At the end of the day, those hills were covered in a think blanket of snow! Can you believe it, we had snow several times today and it’s spring in the Falklands! Even the McGills were amazed! 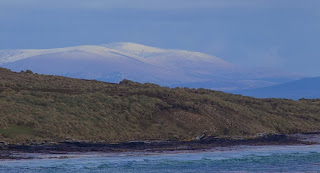