We ask for permission


During the next two days we will be more or less focused on the Equator crossing and the Equator baptism celebration. But of course there was also something else going on. 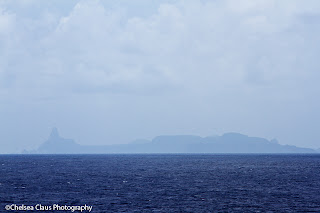 During the morning hours we passed Fernando de Noronha, a Brazilian Archipelago app. 354 km (220nm) offshore from the coast of Brazil. We had to stay in a distance from 12 nm and it was a little bit misty, but we could see the islands nevertheless quiet well. From 2014 onward FRAM will stop there and we will have the possibility for a visit. 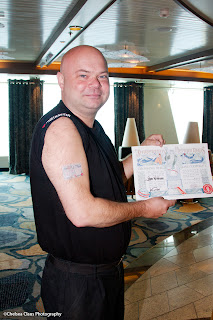 In the afternoon we all met with our Captain Rune Andreassen on deck 7 to ask King Neptune for the permission to cross the equator. The Captain hold a little speech and then he throw the letter to King Neptune with the list of all guests, workers and crew they have not been baptized before into the ocean.

Those who have been baptized before had to show their certificate at the reception. Everything was under best control. 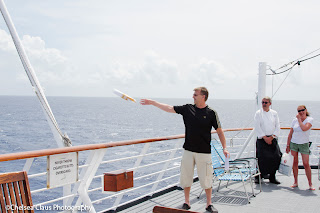 At 17.55 we got via deep sea ocean mail Neptune’s permission to cross the line. Let us see what the next day will bring.

After dinner the group games like chest, table tennis and foo ball were going further on. The tropical temperatures made it possible to sit on the open decks until late in the night. 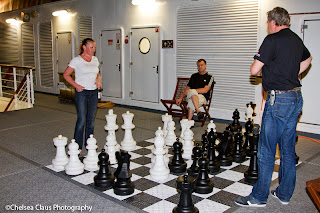 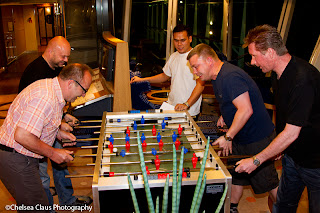