A Pile of Walruses 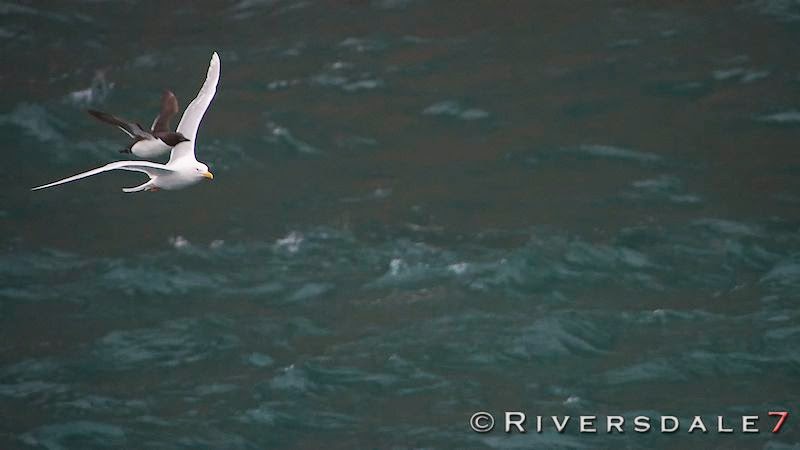 We awoke on day five of our odyssey to find heaving grey seas and an overcast sky. Northern fulmars reveled in the chaos, skimming over the wave-tops and past the port-holes. In contrast, the more frantic looking little auks flapped hysterically to escape from the path of the ship. As ever, we are at the mercy of the seas and the conditions demanded we abandoned our proposed morning landing and continue up the Hinlopen Strait, seeking more sheltered attractions.

Our route took us close by a bird cliff of some fifty meters, disappearing into the mist high above the ship. The rock, stained with guano from years of occupation, hosts the nests of the Brünnich's guillemot in their tens of thousands. From all sides the birds soared out of the fret, calling to one another. The scene appeared almost otherworldly; a strip of rock caught between the sea and the mist, dyed a ghostly hue by the low light conditions.

Fram ploughed on, seeking calmer waters in which to land. We found them at Kinnvika; a small settlement established to host a scientific collaboration in the 1950's. It was constructed at exactly eighty degrees north and now lies abandoned, though it remains well-maintained.

The terrain on which it is built is inhospitable to say the least. Life, as adaptable as it is, has struggled to gain a foothold here. The ground is bare rock, packed together and cycled into geometric formations by the permafrost.

The fog lifted for just long enough to enable the guests to spend a few happy hours wandering about the fascinating site, taking in the abandoned buildings and machines which are largely accessible.

Back on board, the mist descended again as dinner was being served, so that our final stop of the evening, the island of Moffen, came out of nowhere. This bizarre place lies some kilometers of the coast of Spitsbergen and takes the form of a shingle doughnut, the hole in the middle filled by a brackish lake.

It is a protected nature reserve and is home to several rare species of bird, the Arctic fox and an abundance of walruses. As these creatures gave the whole ship a lesson on relaxation, a discussion opened up as to what the collective noun for a group of walruses should be. We settled on a "pile" of walruses (the rather disappointing correct answer is "herd") 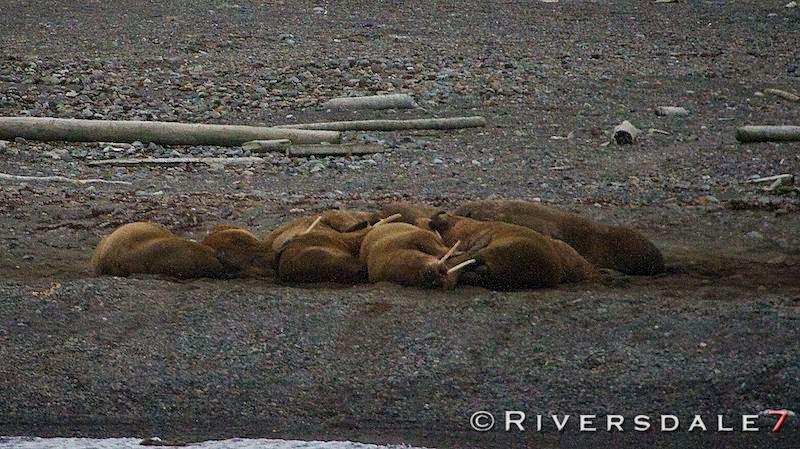