What Does the Fox Eat? 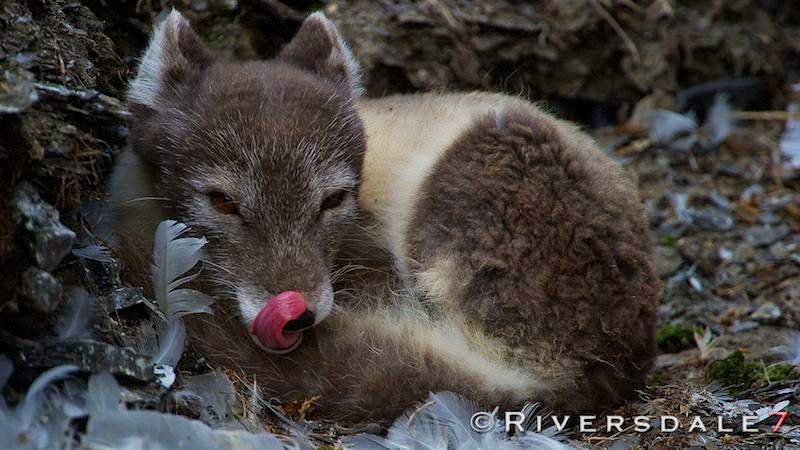 As the guests slept, Fram made its turn northwards for the first time and steamed towards Barentsoya. This island is the fourth largest that comprises the archipelago of Svalbard, but has little in the way of human history. Robust ice conditions in centuries past made it almost inaccessible to sea-farers of old. However, what it lacks in human history, it makes up for in the natural variety.

We skirted the coast, heading for Freemansund. This passageway does not suffer fools lightly and is plagued by strong currents if caught at the wrong tide. It is navigated nonetheless for its on-board reputation as "The Polar Bear Corridor". On this occasion it did not disappoint, with a total of eight bears spotted along the decaying coastline. Indeed, so ubiquitous was the presence of the world's largest land carnivore that by the time we arrived at our only landing site of the day, a wait ensued for three of the bears stationed nearby to depart before we could begin our landing.

Under the watchful eye of one remaining (but fortunately distant) bear, a heavily armed expedition team landed on the island to secure the beach. The wind built throughout the afternoon, recording gusts of over 20m/s that aggravated the surrounding waters as the guests were ferried ashore. Those who braved the waves were richly rewarded.

They were to be entertained by an eddying flock of kittiwakes, tethered to a narrow canyon in which they had constructed their colony. Arctic foxes swept the floor, picking off the young, the weak or simply the unwary. Some even scaled the sides of the canyon, ambushing unfortunate birds which were wrestled down from the cliffs in a welter of feathers. Those kittiwakes that strayed too far from their compatriots found themselves battered to exhaustion by a gang of Arctic skuas, attempting to brutalise the birds into surrendering their last, half-digested meal.

The show was dynamic and enthralling; appearing all the more so for the barrenness of the desert that surrounded it. Somehow here, in this fissure in the rock, life had concentrated and competed ferociously for the right to survive another year in this wilderness. All the main players were too busy to care much for the bunch of blue-jacketed observers who came and went in procession, staring up at the relentless nature of life on Svalbard.

The evening held more relaxed entertainment than the amphitheatre of the birds - the crew fashion show. Press-ganged members of staff were paraded back and forth wearing various items from the on-board shop and painful smiles on their faces (much to the amusement of the guests). So ended another splendid day in the High Arctic. 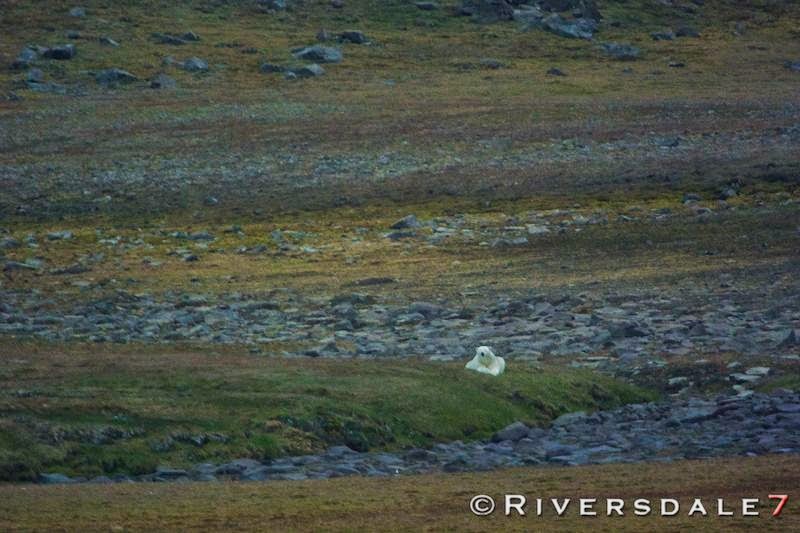