The Nature of Expedition 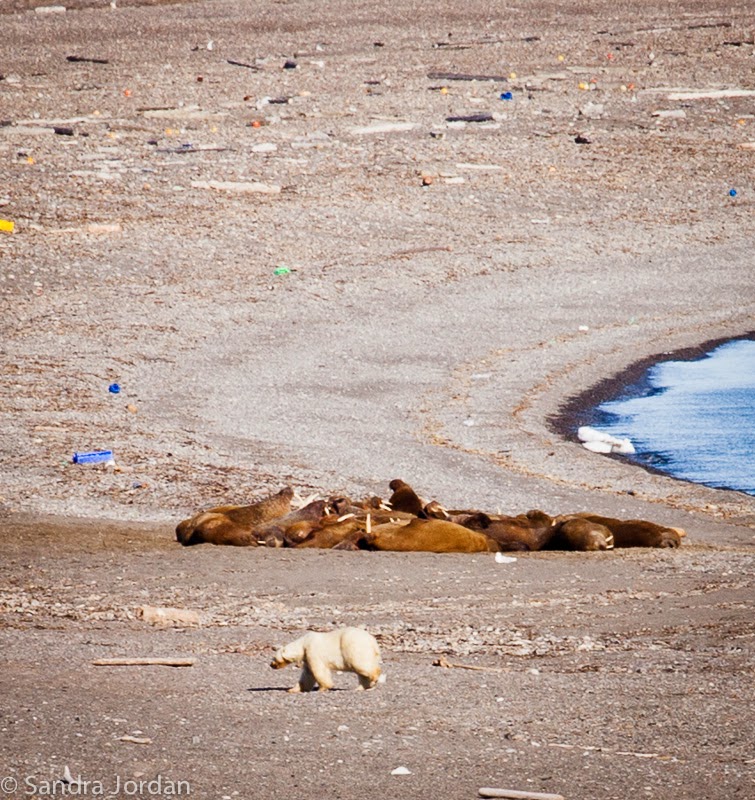 If it weren’t for the ice one would really have a doubt: Are we really in the highest Arctic??
The morning finds us with immaculate blue skies, mild temperatures above 5 degrees celsius and literally no wind at all. No need for the big sweater - “why did I bring all these warm clothes…?” 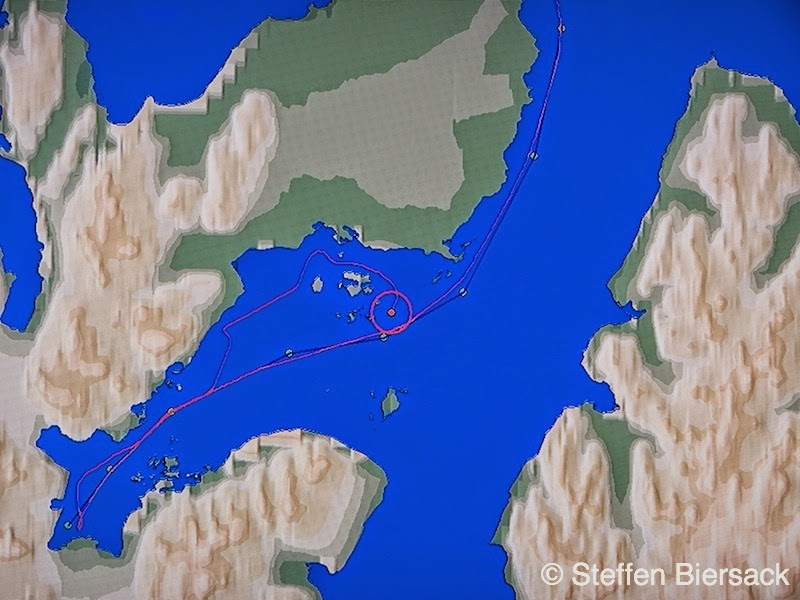 But then again, just look ahead. We are using the morning hours to hover in front of one of the most majestic glaciers in Svalbard, the Monacobreen. Named after Prince Albert of Monaco (the older), who was an ardent fan of the Arctic and financed many costly enterprises to explore the beauty of this barren world. Well, we can only wish he had one single day like we are having today!
But that was only the beginning. High north as we are, we definitely like to have an audience with the King of this beautiful place. So all binoculars are propped to keen eyes, every bright rock, log, dirty snow patch is a suspect for a short moment.
But no, it seems like Master Bear doesn’t want to be seen today, not in the pretty labyrinth of Andøyane, neither on the expanses of ice that lie north of this.

Well, patience is a virtue…
After a while we see the flat silhouette of Moffen ahead of us, usually a reliable resting place for walrus, but of course we are a little skeptical now. However, on approach we see a medium-size group of the brown “monster sausages” on the beach, the tusks gleaming white in the sun.
But what is this? One of the big logs on the land spit is suddenly starting to move and raise its head. Round white ears, black nose big neck - a polar bear!

And indeed, the massive male gets to its feet and walks leisurely across the island, right past all the camera lenses that are pointed at it. We have our first bear…
And now it’s ice time. While a week ago we had to move another 25 miles north to find the ice edge, we see the white stripe on the horizon after only half an hours ride.
The pack ice stretches from horizon to horizon.

Now Expedition Leader Karin plays a trump ace: We launch the Polar Cirkel Boats and start a cruise into the pack ice with everybody. Sometimes it looks as if the boats are totally engulfed by the ice floes and will never make it out again. But that is of course an illusion, all drivers and staff are experienced and safely bring everyone back to FRAM.

As the light of the evening imbues the whole world in soft colors we start heading for the Hinlopen Strait to continue the tour around Spitsbergen. But today we encounter a surprising obstacle - the ice itself. So much of it has accumulated at the entrance of the strait in the last to days that it is absolutely impossible to pass. Here goes the circumnavigation…
But it would be only half the fun if everything were foreseeable, wouldn’t it?
Immediately a plan B is forged, so we turn the ship around and start heading down the west coast to get to a place that we normally don’t have the time to visit, Bellsund.
That’s what we mean when we tell you at the beginning of our journey: You’re not on holiday - you’re on expedition… 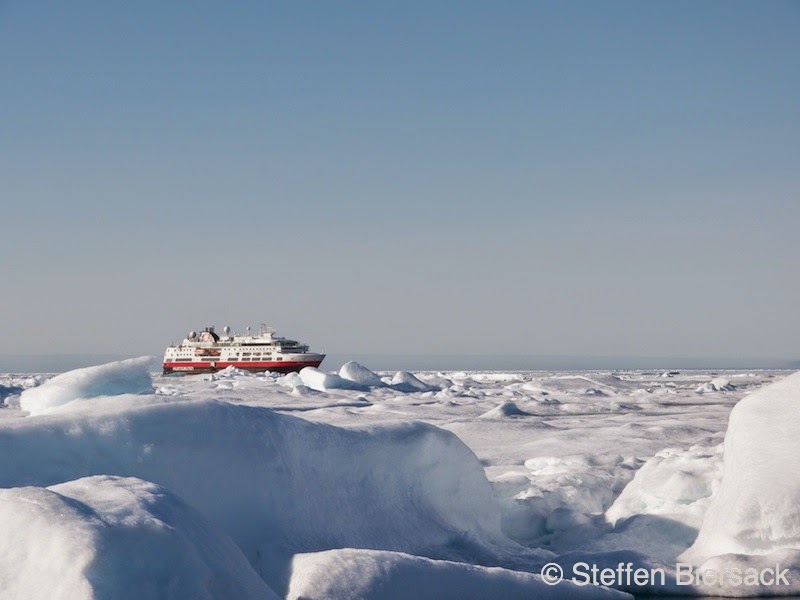 Email ThisBlogThis!Share to TwitterShare to FacebookShare to Pinterest
Photograph(s) by: Sandra Jordan, Steffen Biersack
Newer Post Older Post Home
Welcome to MV FRAM's Expedition Blog!
MV FRAM is the most modern expedition cruise vessel belonging to the Hurtigruten fleet, roaming polar waters and taking people to remote places where only few go. In order to give you the chance to travel with us, even if only on your computer screen, we have created this blog. Here you can see what we have seen and read what we have done.
And, maybe you will be onboard with us one day!
All About MV FRAM - here
FOLLOW US ON FACEBOOK !