The morning finds us on the way to a famous passage, the Freeman Sound, connecting the Storfjord with the Hinlopen Strait. Remember? That’s the one we wanted to cross from the North, was it three days ago? Three weeks? Time’s really getting fuzzy up here…
Until we get there it’s time to go for a bridge visit or hear some lectures, and just after lunch we reach the entrance to Freemansundet. 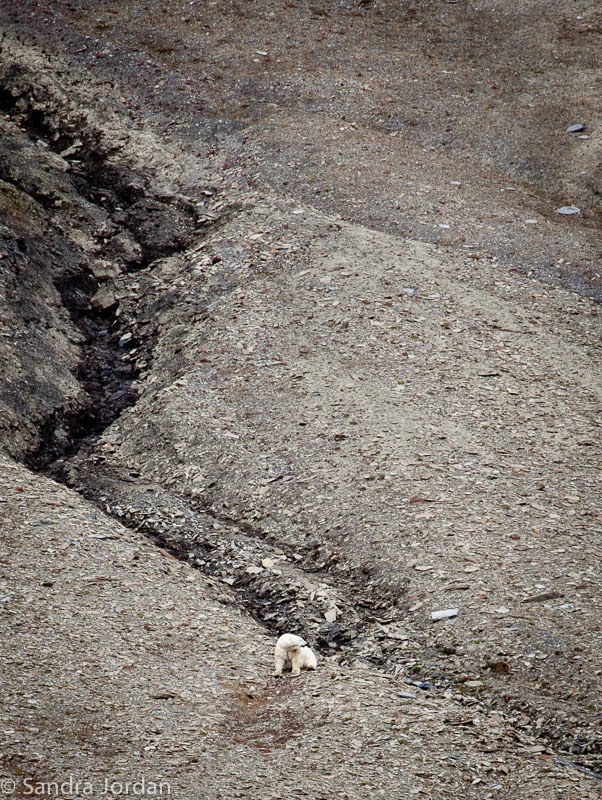 Several landing opportunities await here in Svalbard’s East, where the landscape spoils the eye with gentle, horizontal layers, interrupted only by meltwater canyons. You can watch for miles and miles. Which is good when you plan a landing with many people: We have a strong interest in knowing if there is a furry landing party waiting for us, the one without antlers, that is.
And indeed, our first intention to go ashore in Sundneset is thwarted by the presence of a strolling bear on top of the long basaltic wall leading into the hinterland.
Well, no landing here, but a bear, right. We continue into Freemansundet.
To not make it longer than necessary - we encountered a “bear infestation” this morning: No less than eight bears show up in the slopes, foiling our every attempt to land.
So we decide to take our chances with bear #1, at least it was pretty far away.

As we approach Sundneset the animal is nowhere to be seen. That calls for a thorough search before we land anyone. Expedition Team fans out, careful and keen-eyed. Luck favors the brave, and 20 minutes later we find our bear, even further in the distance, awake but at ease. May the landing begin! 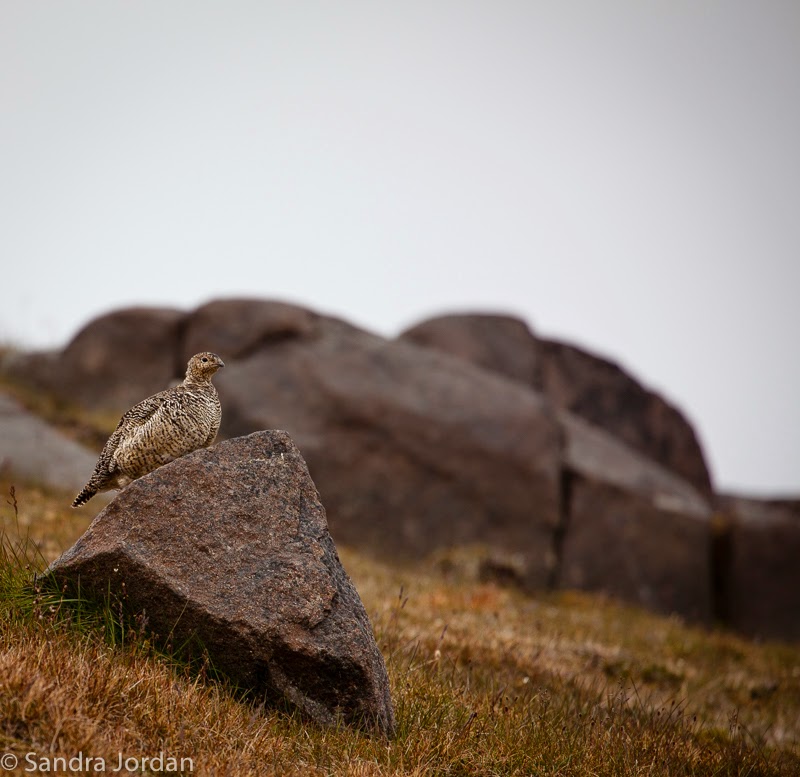 And  a wonderful landing it is, the land is wide and breathtakingly beautiful. It seems that you can see a hundred miles far, the slopes of the mountains gently disappearing in the distance. It’s a paradise, actually more for the birds than for the bear. Whereas large numbers of pink-footed geese, ptarmigans, snow buntings or red-throated divers find everything they need here, it is herbal diet for the king of the Arctic. For want of better food we have seen them scrambling up the scree and chewing all kinds of greenery.
Not so much our “landing bear”. Peacefully she (looked like a female from the distance) was stretched out on the ground, absolutely aware of us, sniffing every now and then, listening, watching. But not interested at all in us, so our extended polar bear watch has nothing to do than - well, watch.
And as the landing comes to an end, the bear also gets up and strolls away. Show is over, for her and for us. Now we are headed for the South of Edgeøya, see what happens tomorrow!

Email ThisBlogThis!Share to TwitterShare to FacebookShare to Pinterest
Photograph(s) by: Sandra Jordan
Newer Post Older Post Home
Welcome to MV FRAM's Expedition Blog!
MV FRAM is the most modern expedition cruise vessel belonging to the Hurtigruten fleet, roaming polar waters and taking people to remote places where only few go. In order to give you the chance to travel with us, even if only on your computer screen, we have created this blog. Here you can see what we have seen and read what we have done.
And, maybe you will be onboard with us one day!
All About MV FRAM - here
FOLLOW US ON FACEBOOK !