So after three days in the Scotia Sea, we arrived at our final goal- Antarctica! To be specific, at about 11:00am today we sighted King George Island at the northeast corner of the South Shetlands Archipelago. After two quite rough days at sea with Beaufort 8-9 winds and seas, it was very comforting to sight land! And, although indeed we were seeing land, most of it was covered in a thick layer of glacial ice and snow.

After several hours of cruising down the southeast coast of the South Shetland Islands we turned to the starboard and entered the McFarlane Strait between Greenwich and Livingston Islands. From there we sailed to our first Antarctic landing of Half Moon Island. The conditions were ideal for the landing with calm conditions and nice light. There was a small swell at the beach, and together with the chucks of ice, these made the landing a bit more challenging than normal. 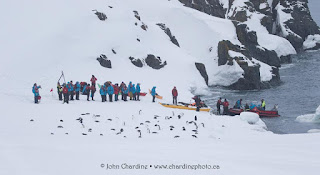 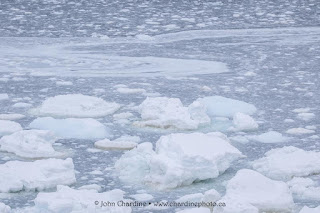 Excitement filled the air as we came ashore and started to really experience Antarctica. Almost the whole island was covered in a thick layer of ice and snow from the last winter. As we approached the black dots on the ice above the landing site we realized that they were Chinstrap Penguins. The breeding season was just getting going and much courtship was going on. Snowy Sheathbills ran around the colony eating anything they could find. 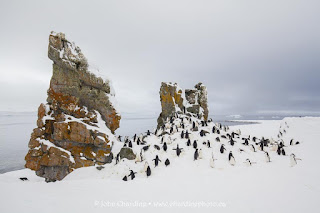 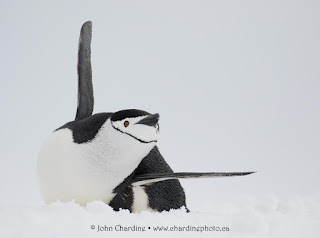 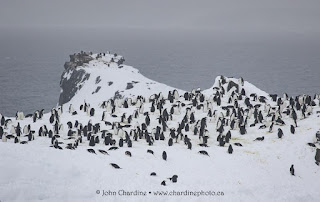 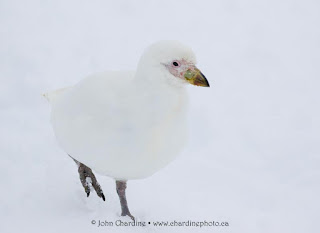 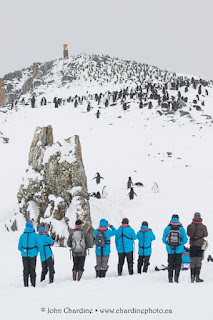 Our snowshoers were able to travel over the covering of snow with ease, and really see a lot of the island and its surroundings. And our kayakers explored the whole offshore area. Our first landing was a huge success and put smiles on everyone's faces and it was a great start to the last segment of our expedition cruise. 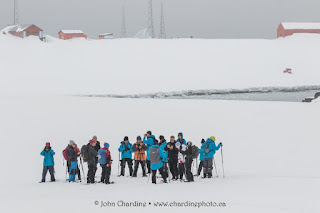