Names can be deceiving!

So after a great surprise yesterday when we cruised in the vicinity of Point Lookout on Elephant Island, today, we visited Penguin Island off the south coast of King George Island in the South Shetlands. This was our first proper landing of the cruise and what a landing it was! But first, the name Penguin Island is somewhat misleading in that, yes there are penguins breeding- Chinstraps- but not so many, and there is SO much more to see there. The island is an Antarctic oasis with meadows covered in Antarctic Hairgrass and several species of birds breeding, including the skittish Southern Giant Petrel.

When we arrived at the landing site we were confronted with a wall of ice and snow from the previous winter. We did not let that stop us and the stair-masters Stian and Johannes set to building what has to be the VERY BEST set of ice-stairs ever made in Antarctica. 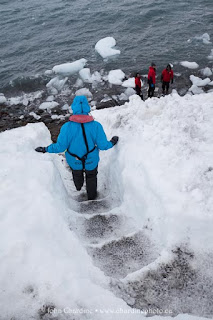 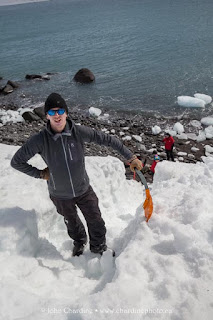 Where there are penguins, there are skuas! These are Brown Skuas, which mainly nest on sub-Antarctic islands but can be found on the northern tip of the Antarctic Peninsula as well. Here a pair is shown eating a fish one of them has just freshly caught just off the beach. 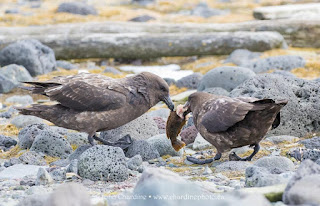 Through the whole landing this magnificent arched iceberg showed off in front of us! 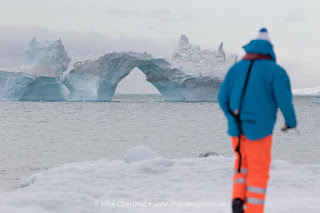 And to add to to the drama, these amazing lenticular cloud formations were a backdrop to our ship, the MV Fram. 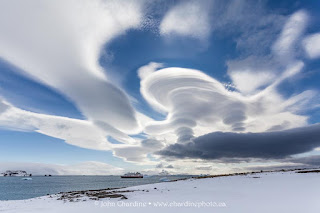