Today, we reached the stunning island of South-Georgia. It took us two days to sail from the Falklands, and we were blessed with calm seas. On our way, we saw the interesting “Shag Rocks”, named after the great number of Shag birds that nest on these desolated rocks in the middle of the ocean. 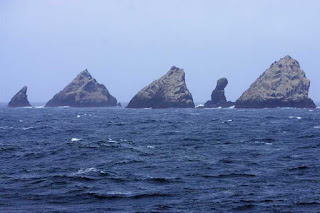 Some of us got up early to watch the sunrise at approx. 4.30 am. Although South-Georgia is known for its changing weather, we were lucky again and could see the sun rise above the sharp mountain peaks, some rising more than 2,000 meters above the sea. Since we are still early in the season, practically all mountains were still covered in snow. 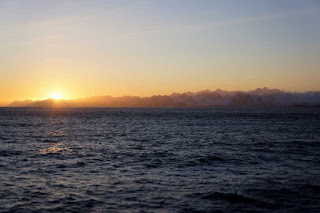 On our first landing of the day, we visited Fortuna Bay, were we could see a king penguin colony with chicks, fur seals and enormous elephant seals. 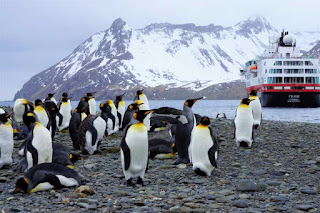 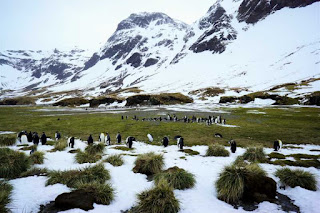 23 of our guests signed up for our Shackleton hike and followed the famous English polar explorer’s footsteps from Fortuna Bay to the former whaling station of Strømnes. While Fram left Fortuna Bay, the hiking group ascended out of the valley, through the snow. It really felt like an expedition! The views on the valley and the surrounding mountain walls, Strømnes below, and the bay and sea at the horizon, while Fram appeared again around the corner, were just stunning. 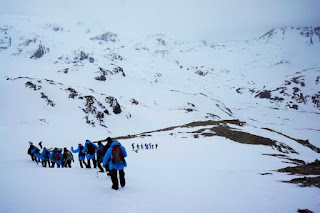 Reunited in Strømnes, all passengers had the opportunity to walk around and enjoy Strømnes, where fur seals and elephant seals were sleeping and loudly snoring on the beach.