STANLEY IN THE SUN:

The FRAM encountered strong headwinds as we approached the far eastern Falkland Islands. Breakfast could have been a bit of a challenge but by now we are ‘old salts’ when it comes to food and rocking and rolling. As we approached the harbor at Stanley the swells died down and we approached the wharf. Here the Captain and bridge crew handled the ship with style and grace as even with a strong cross-wind they fitted the FRAM into the designated non-too-large dock space. By noon most of us were headed for town and fish and chips lunches. Many folks took land or air tours and some of us just walked the streets and toured museums and the monumental cathedral. 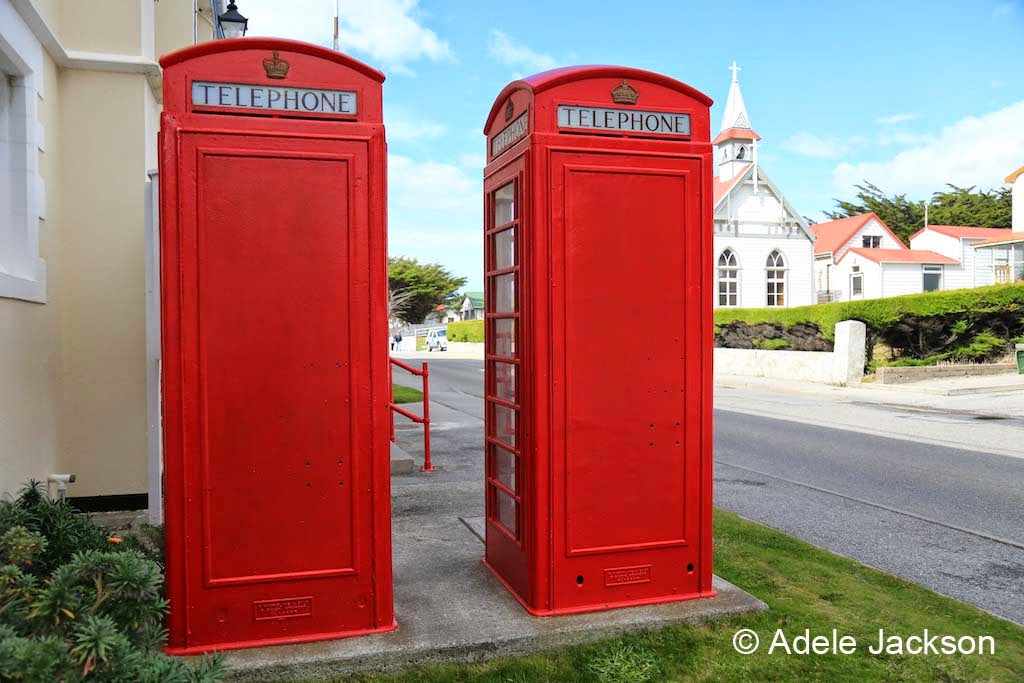 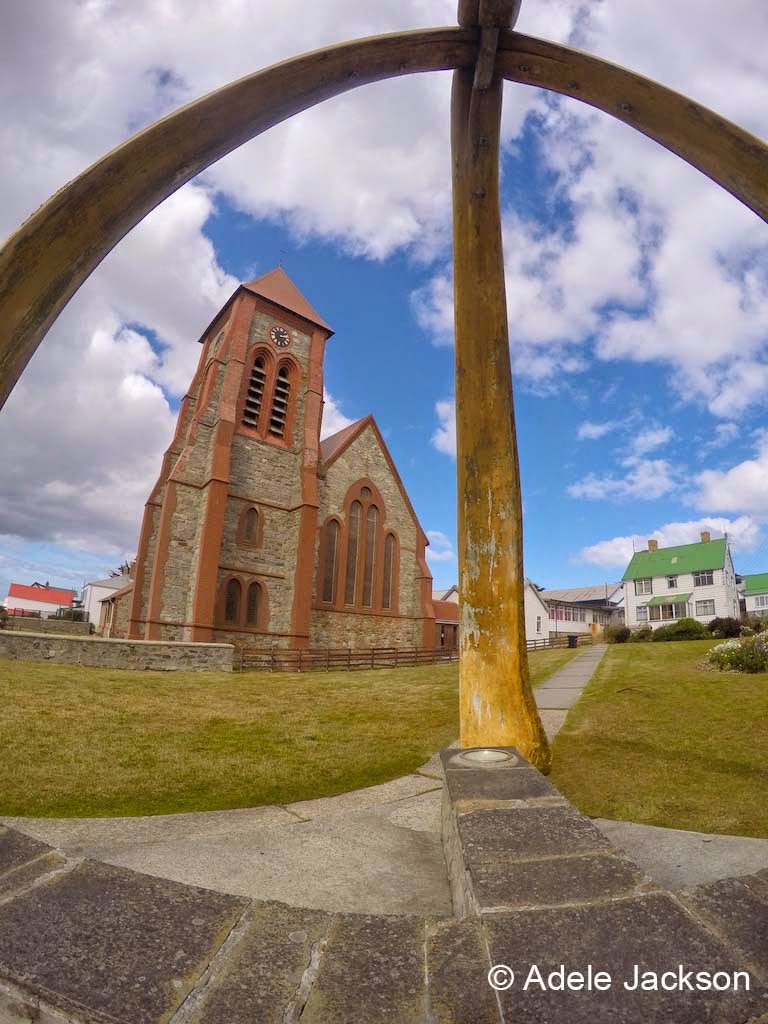 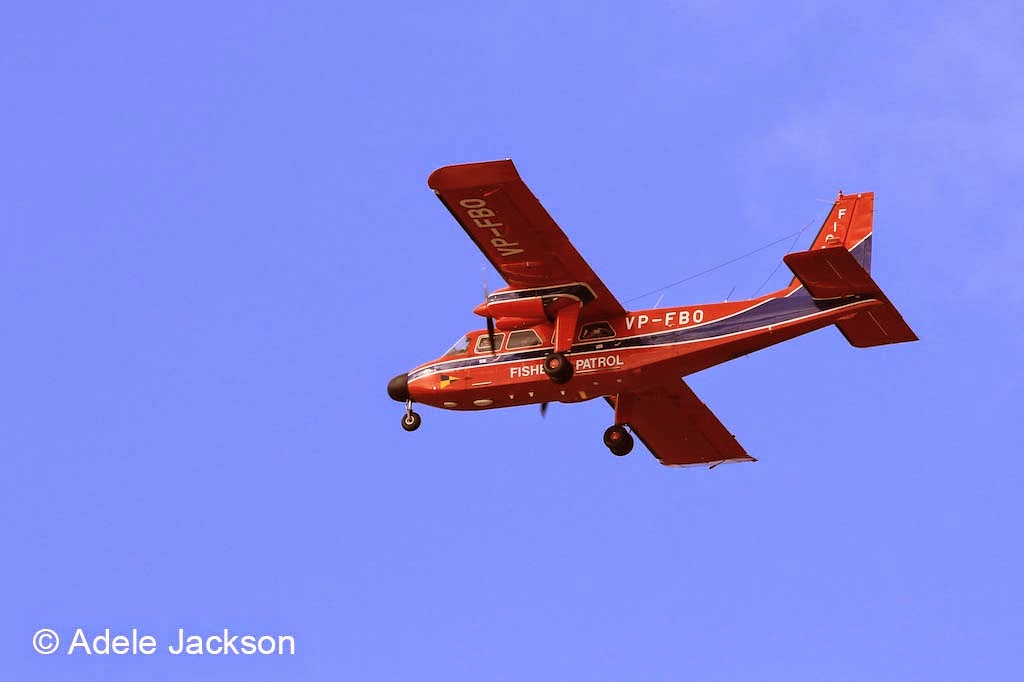 Throughout the day the sun continued to shine and the temperature was balmy compared the conditions we encountered on our days down south. While we were enjoying the good weather down here, good news came from the northern hemisphere. We learned the officers, crew and staff of the FRAM were honored by the Hurtigruten organization with the “Best Product Award.” 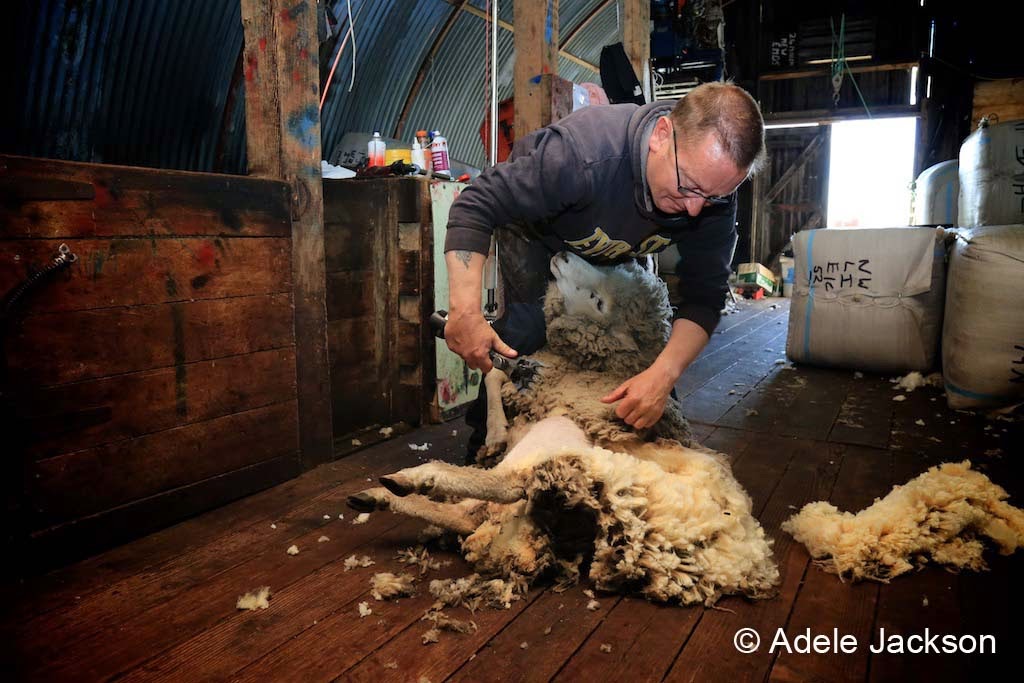 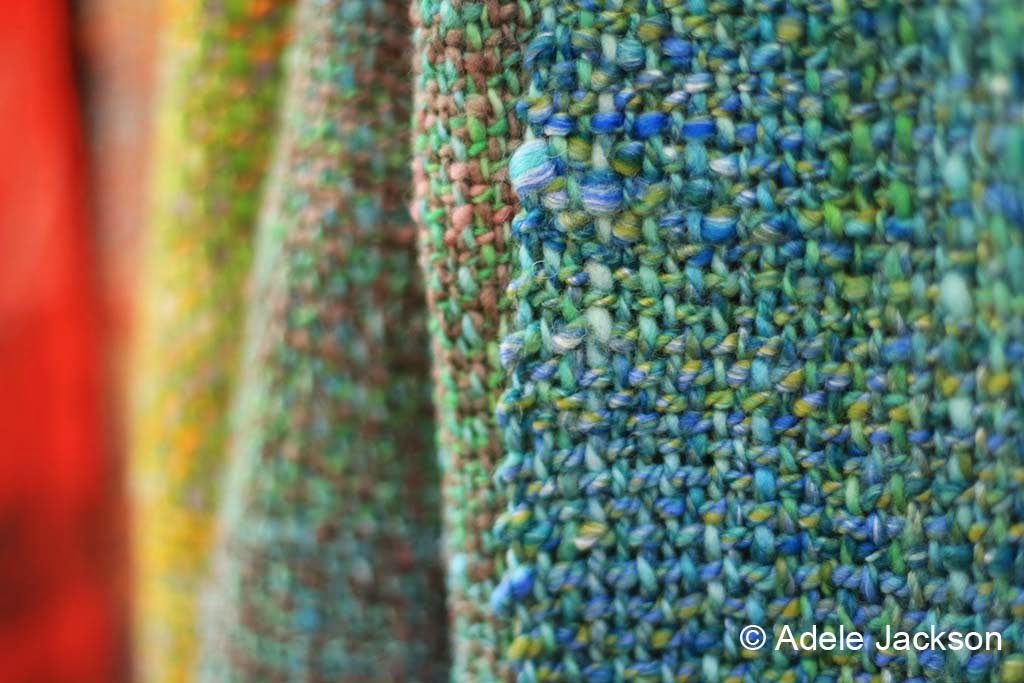 By 8pm we were all back onboard the FRAM and the dock-lines were cast off and we headed for tomorrows visit to the offshore islands located east of the East Falkland’s. 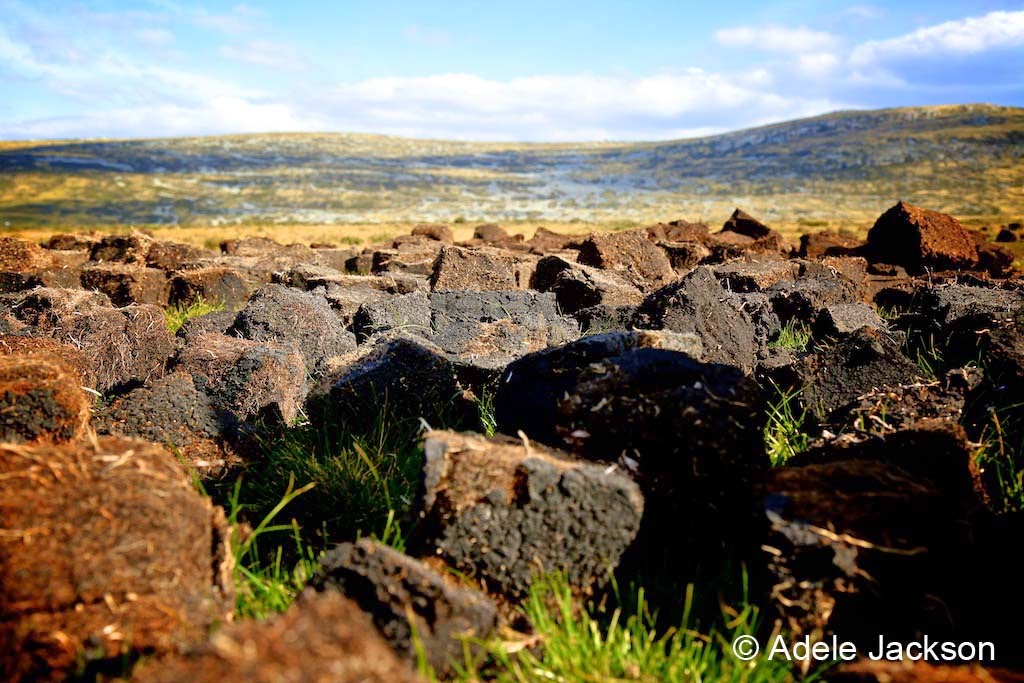 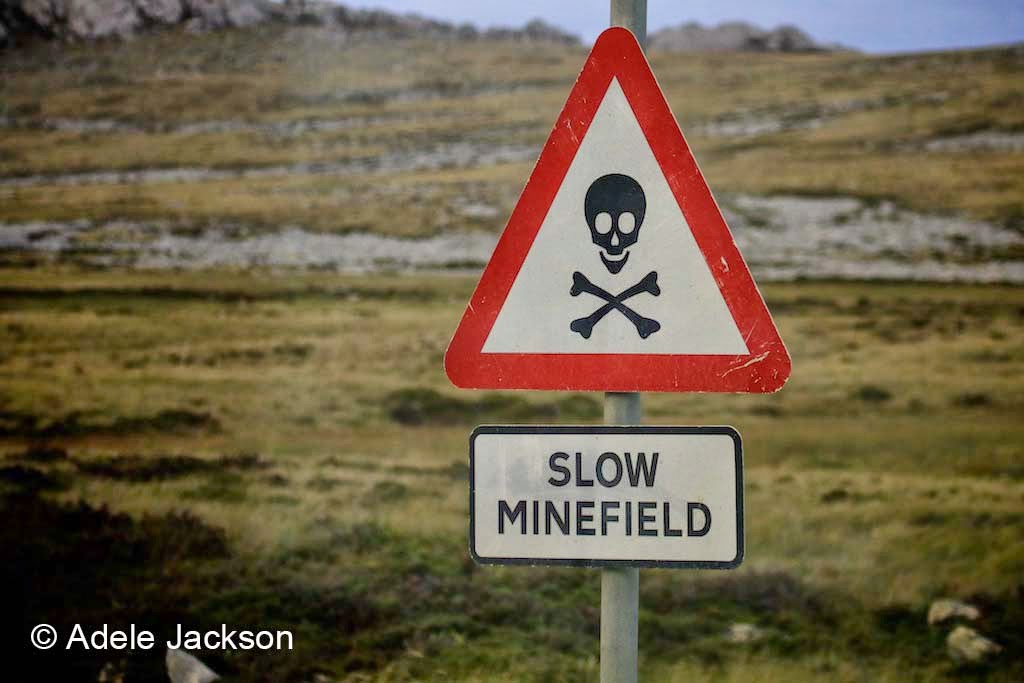 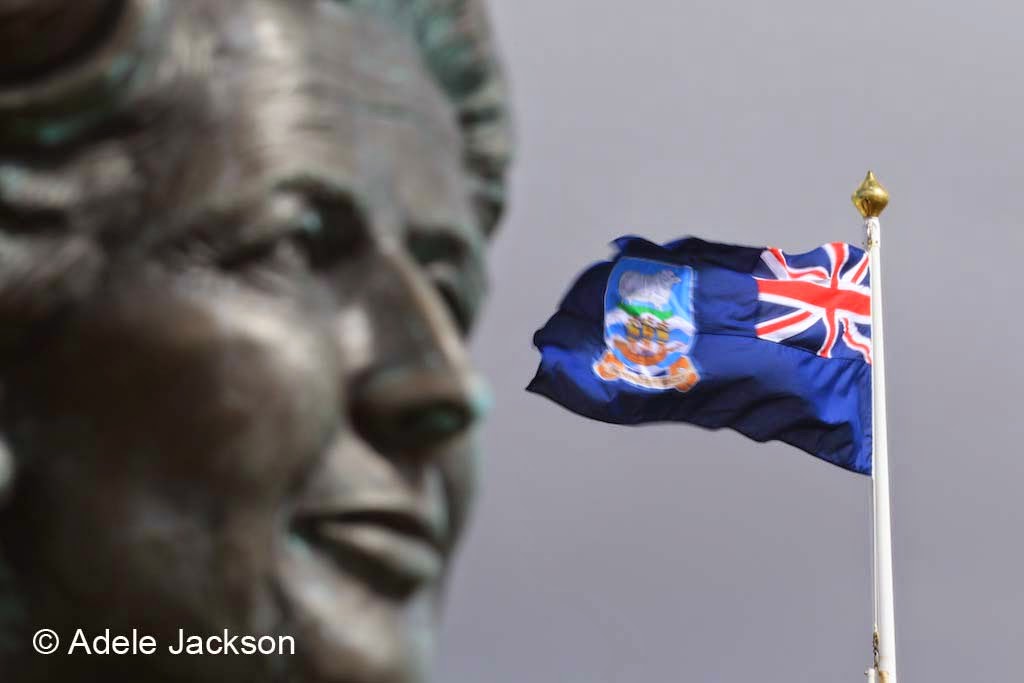