Already in the early morning hours, we were arriving at the South Shetland where we were received with the traditional hospitality of the Polish staff members of Arctowsky Station. Their native pets, the chinstrap and Adelie penguins and skuas were all at place and greeted us friendly and with some noise. 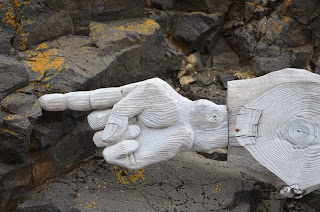 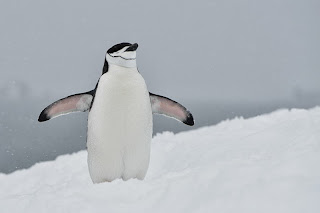 This was our closest encounter so far with Antarctica, as we had the possibility for the first time to experience the real touch with this environment, since until yesterday we have had a process of gradual approach, just as it was near Gibbs Islands, were we almost touched land but had to restrain of going ashore as a result of weather and time constrains. Nevertheless, we were partly familiar with what was coming towards us and we were more than happy and excited when we stepped on land. Finally, we have arrived and reached the first station of our truly Antarctic adventure. 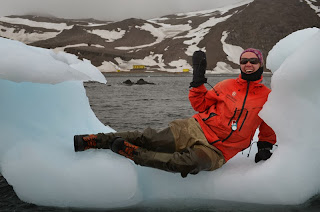 While talking with the Polish scientists and sharing their experiences during the long winter months, we got a taste of what must have been to stay a whole year round in this place, at Admiralty bay. No wonder that they recently made the effort to cross all the Bransfield strait in a zodiac to listen to a concert of the heavy metal group “Metallica” in the Argentine Base Jubany. There are not that many opportunities in Antarctica to attend a concert or a theater show. 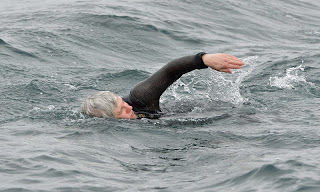 Against all odds and the low air temperature, we had tough guests on board who challenged the cold water and were blessed with an Antarctic baptism in these pristine waters. From now on, the swimming season has being inaugurated and the rest of the passengers are invited to join in every next landing, if they wish to do so. 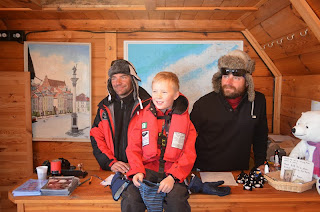 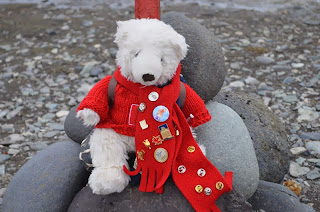 Our youngest guest Marcus posed for us in the gift and souvenir shop of the Polish base, very proud of standing next to the base commander.