Everything is possible in Hardangerfjord

We started the day with a visit to Rosendal , an area known for its long shipbuilding tradition. Gjøa was one of the many boats built here and used by Roald Amundsen on the expedition through the “North West passage”. The ship building museum has maintained tools and models  from the time of the ship building period 1855-1955. The small community of Rosendal  keeps the boatbuilding tradition alive. The community has taken upon themselves to restore the old wooden boat Gurine which was built right after Gjøa. The locals showed off their old lady and gladly offered a tour for those of us who passed by. The lucky ones caught the workers in their coffee break and got a taste of the local pastry “Svele”. So far, the community of Rosendal has spent 7500 hours of volunteer work on Gurine. The plan is to have her finished in 2017. They discuss lively during the coffee break where to go sailing when the work is done. Will it be Torshamn (Faroe Island), Caribbean or to neighbouring fjords? 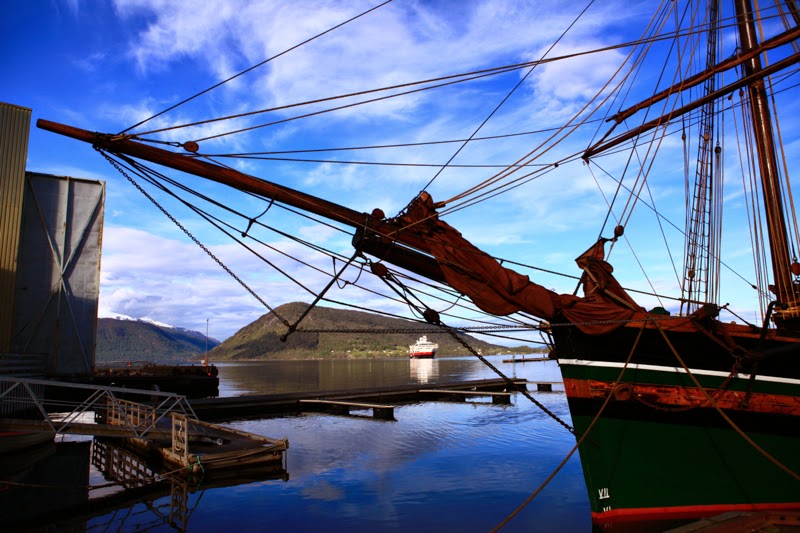 Another famous attraction in Rosendal is the manor “Baroniet”. In 1650s a Danish nobleman came to Bergen and met the daughter of the biggest landowner in the area. When they married in 1658 they were given Baroniet as a wedding present.  King Christian V of Denmark gave the estate a status of barony, the only one of its kind in Norway.  The property remained in private ownership until it was donated to the University of Oslo in 1927. We enjoyed the beautiful park around the manor. 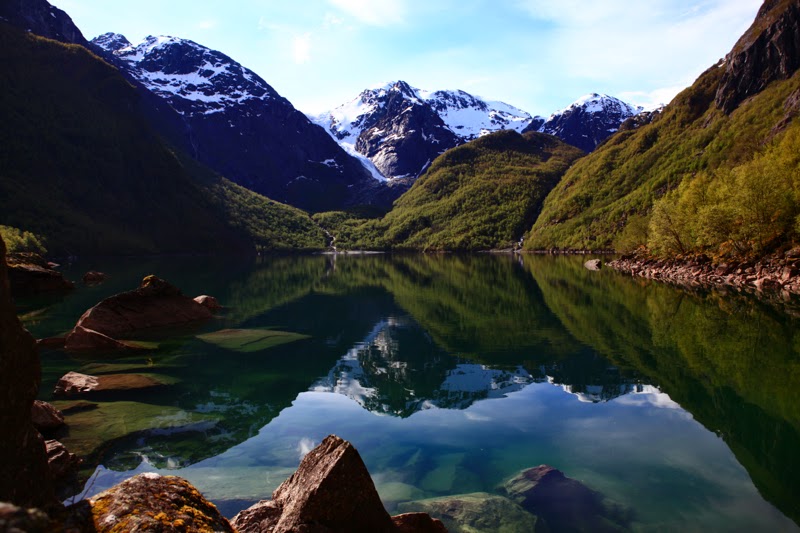 The weather was splendid and the Hardangerfjord beautiful so the lecture about fjords and surroundings where given on outside decks. 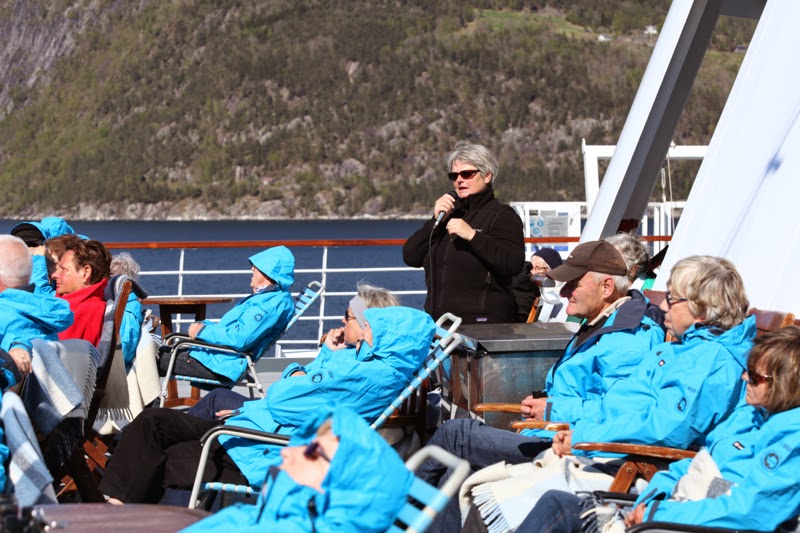 In the afternoon, we landed in the village Ulvik which is famous for fruit and cider production. Brakanes Hotel lies here in this  beautiful location.This highly respectable hotel was established in 1860 and is surrounded by high mountains, sparkling fjords and a well-organised cultural scene. 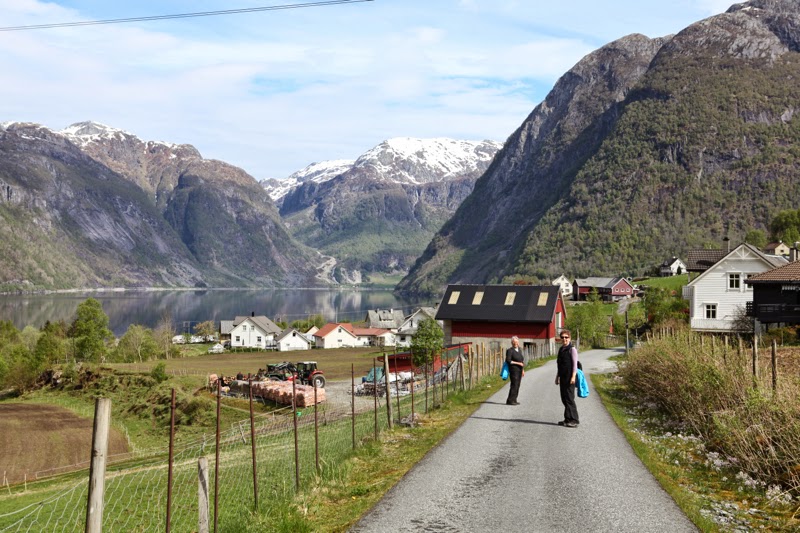 The most adventures decided to paddle the 18km between Ulvik and Eidsfjord, while Fram sailed the same distance 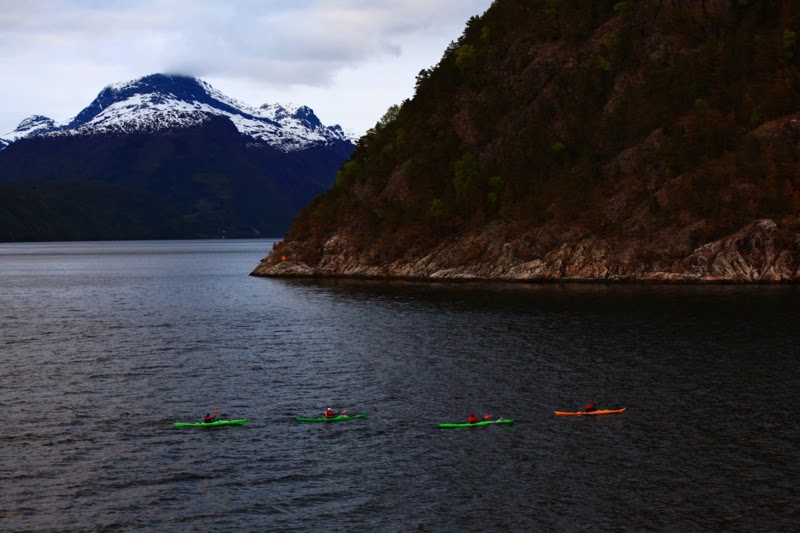 Email ThisBlogThis!Share to TwitterShare to FacebookShare to Pinterest
Photograph(s) by: Lisa Anderson
Newer Post Older Post Home
Welcome to MV FRAM's Expedition Blog!
MV FRAM is the most modern expedition cruise vessel belonging to the Hurtigruten fleet, roaming polar waters and taking people to remote places where only few go. In order to give you the chance to travel with us, even if only on your computer screen, we have created this blog. Here you can see what we have seen and read what we have done.
And, maybe you will be onboard with us one day!
All About MV FRAM - here
FOLLOW US ON FACEBOOK !