Sheep and Stories – the Isle of Skye 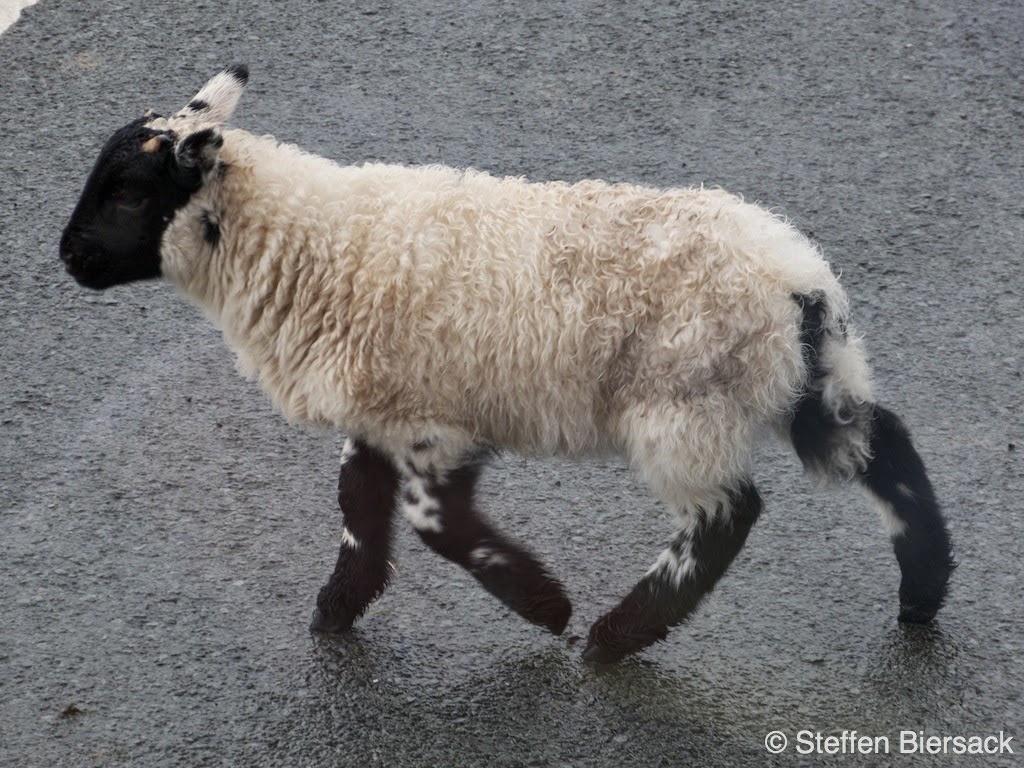 When we arrived close to Portree the sky was close to us. The clouds were hanging deep and some of the mountains were covered by them, but when we just waited for a short while suddenly other parts became visible. It was like magic. 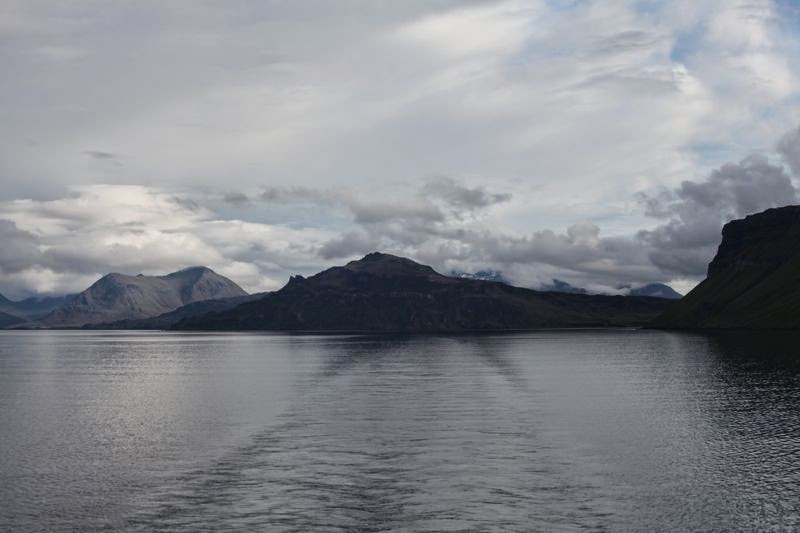 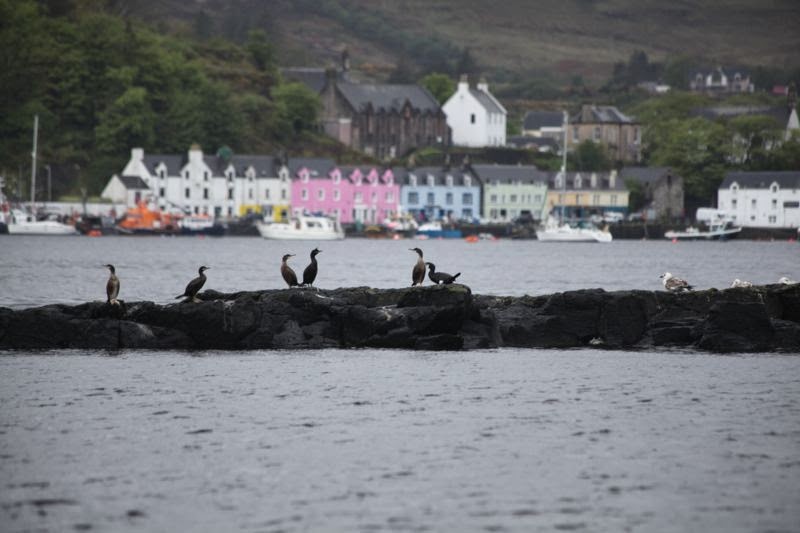 Today was the first time we used the Polar Circle Boats and therefore is was a special excitement for us. Close to Portree Fram anchored and the first went ashore. Portree is the capital of Isle of Skye with around 2500 inhabitants. There are shops, restaurants, pubs, hotels, schools and the administration. Arriving on a sunday we expected that everything would be closed, but some shops were open and also a Fish & Chips Restaurant. Nevertheless most of the inhabitants went to church and had dressed up. Portree is a lovely town with small and colorful houses and narrow streets. We really enjoyed it to stroll around.
We also had the chance to go on two excursions: to the northern part the so called Trotternish peninsula and to the western part and the Eilean Donan Castle.
The highlands on the Isle of Skye are beautiful with the heathland, many different types of trees and huge flocks of the yellow gorse. And of course sheep – most of them together with one or two lambs. Beautiful and remarkable places in the north are Kilt Rock or the rock formation “Old  Man of Storr” and of course the grave of the Scottish heroin Flora McDonald – who rescued Bonnie Prince Charlie in the 18th century. The next stop was in the little village Uig. 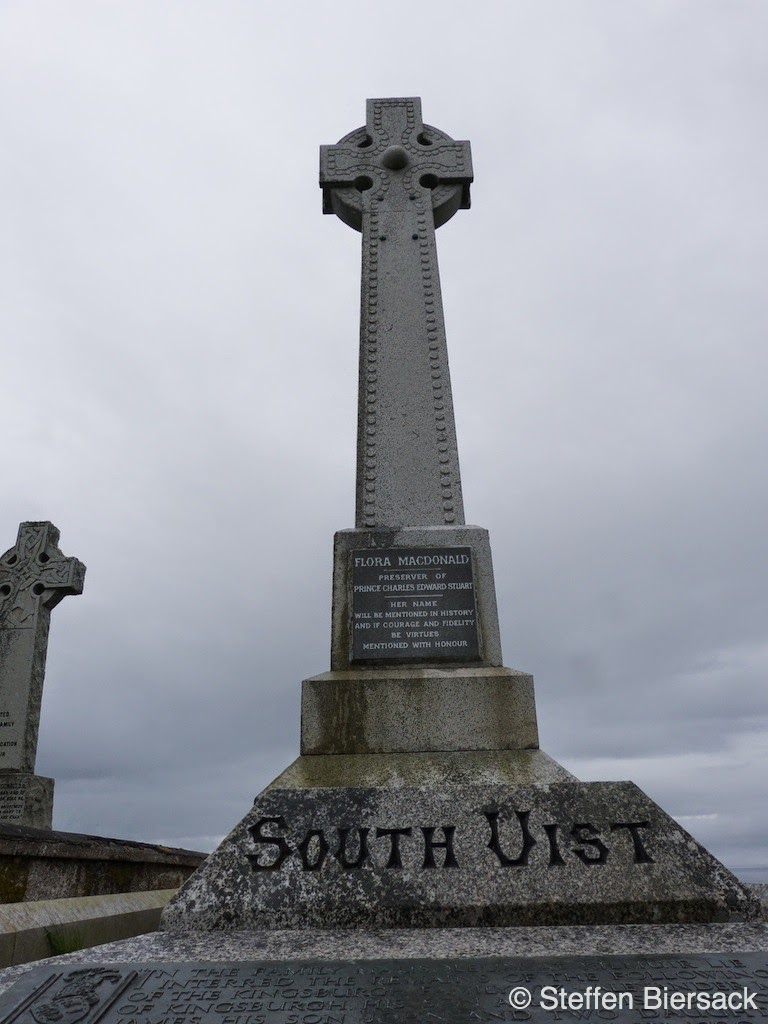 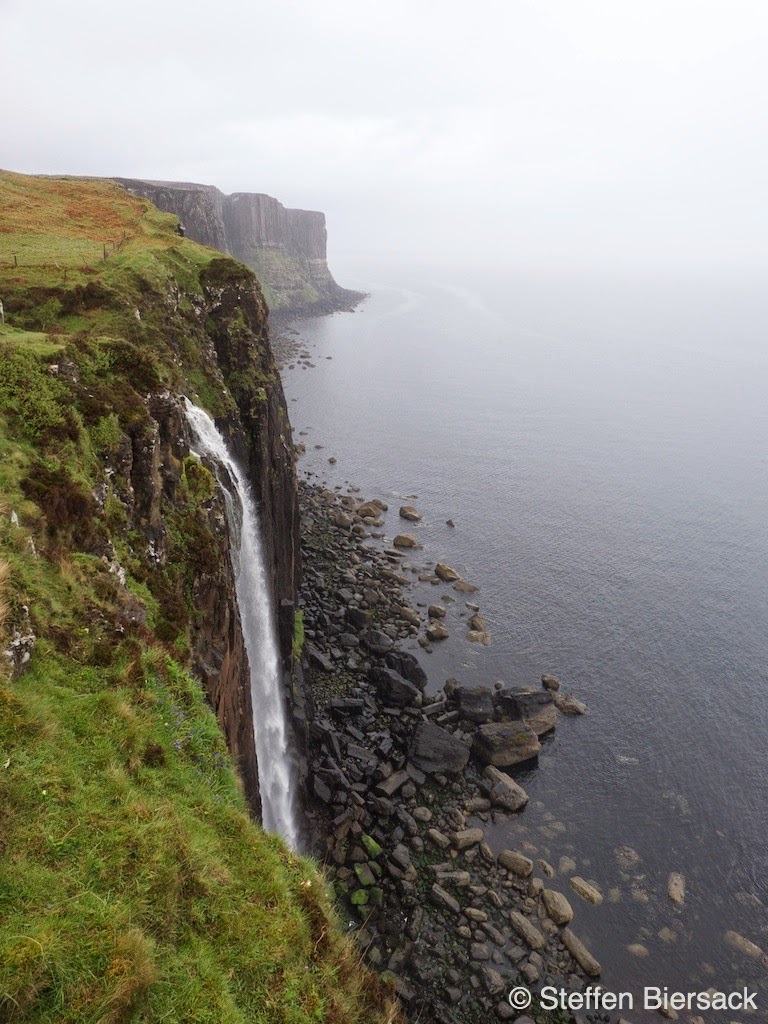 Going to the south-western part we also saw the heathland and remarkable mountains which are very famous for hiking and climbing. The main stop was at the Eilean Donan Castle an impressive building in the style of a mediaeval castle. The image of Eilean Donan has been seen in many books, on postcards and in movies as the Highlander. We could visit all the rooms of the McRae-family who is now the owner, an amazing place in a very beautiful surrounding. It is a place full of stories and fights. 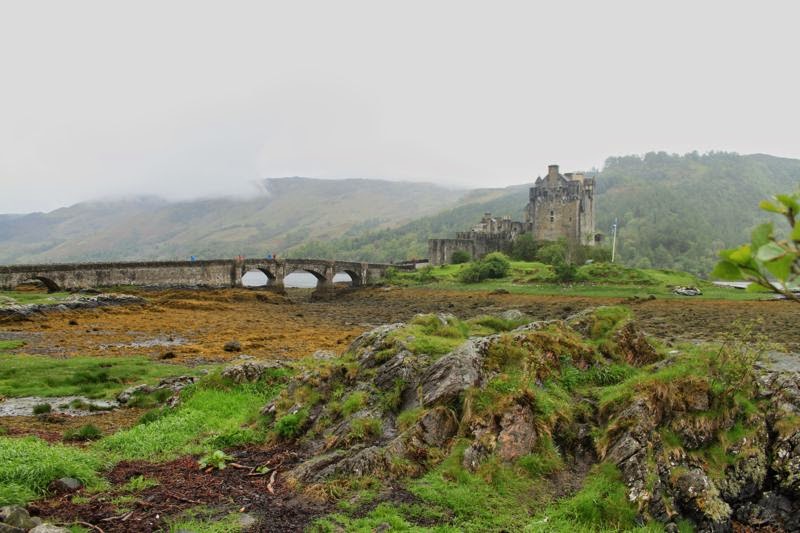 For the first time on this trip we had the opportunity to go out on a kayak-trip:  An exciting experience in calm water and unexpected encounters with seals. We also discovered quite nice caves. 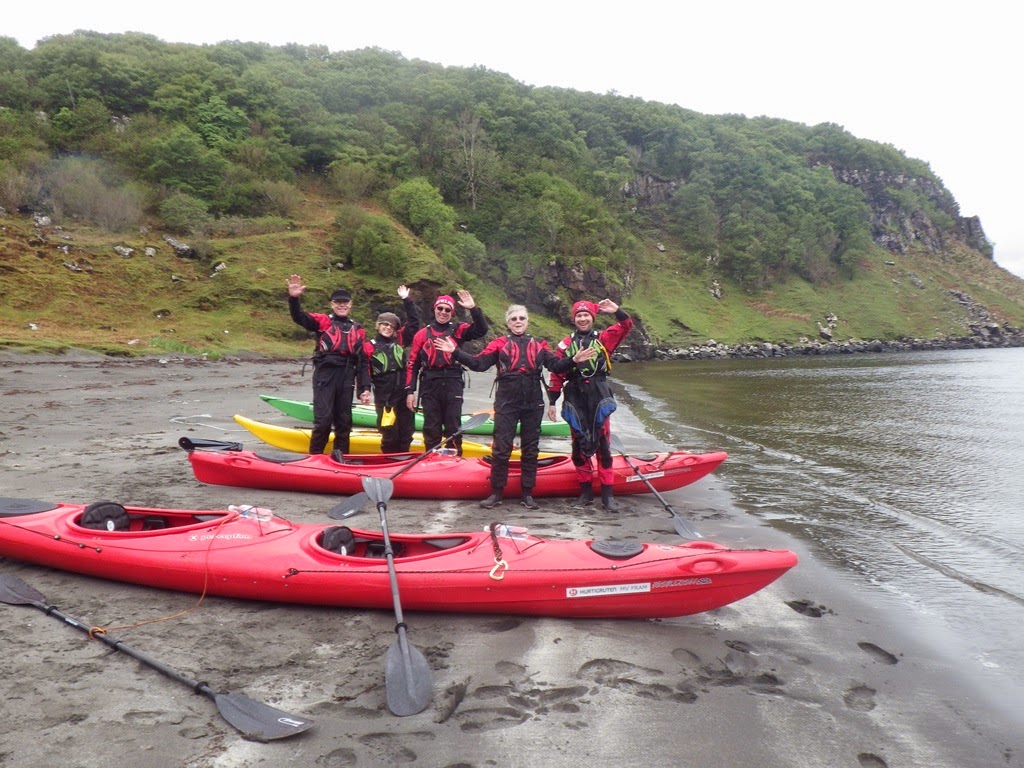 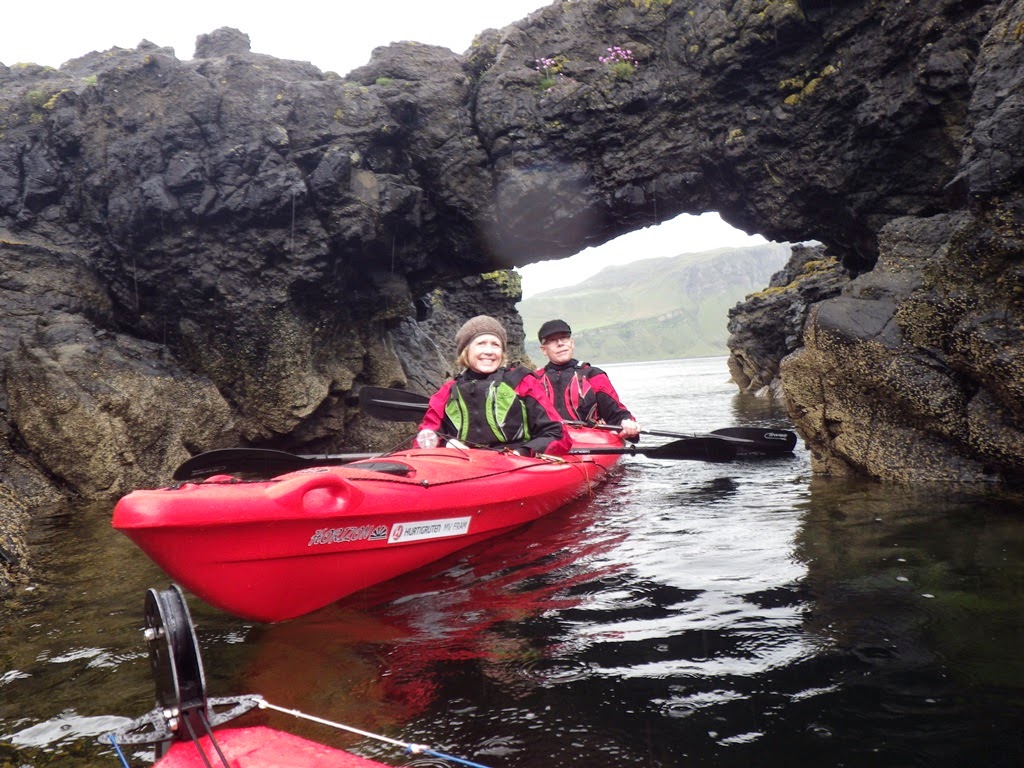 For all of us, it was a great day.
Did I ever mention that there is a great evening entertainment on FRAM? Last evening Bernie and Beastie invited for a Whiskey tasting and today there will be a fashion show. 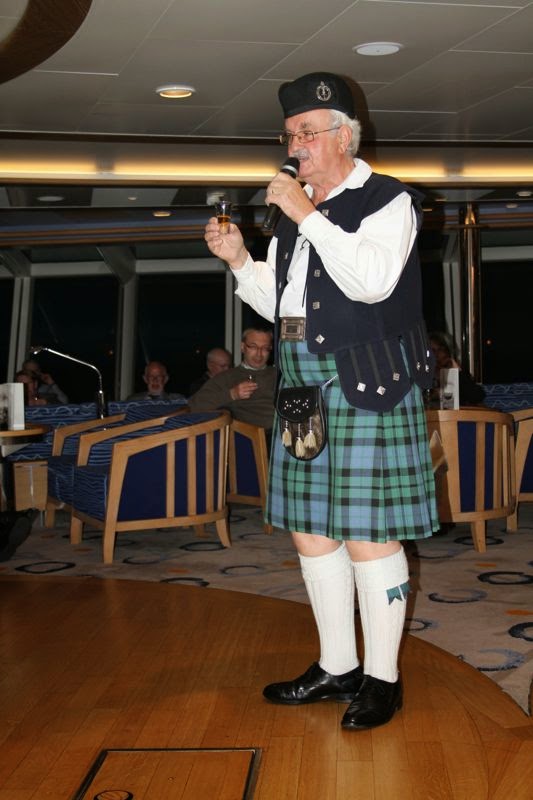 Email ThisBlogThis!Share to TwitterShare to FacebookShare to Pinterest
Photograph(s) by: Lisa Anderson, Steffen Biersack, Tessa van Drie
Newer Post Older Post Home
Welcome to MV FRAM's Expedition Blog!
MV FRAM is the most modern expedition cruise vessel belonging to the Hurtigruten fleet, roaming polar waters and taking people to remote places where only few go. In order to give you the chance to travel with us, even if only on your computer screen, we have created this blog. Here you can see what we have seen and read what we have done.
And, maybe you will be onboard with us one day!
All About MV FRAM - here
FOLLOW US ON FACEBOOK !