Traveler, if you go to Iceland you are to choose if you want to be in Europe or in America first. This is no joke: Iceland sits atop, better: astride the mid-Atlantic ridge, so half of it belongs to the Eurasian and the other half to the North-American plate. And they move away from each other, at the neck-breaking speed of one inch a year. Because it is right here where new crust, new terrain is formed, a process involving a lot of fire and ka-boom. Usually this happens at the bottom of the ocean, but not so in Iceland. So powerful is the Earth’s mantle supply that the whole mid-ocean ridge was lifted way above sea level, very recently, one might add. (Geologically speaking - we are still talking a few million years…). 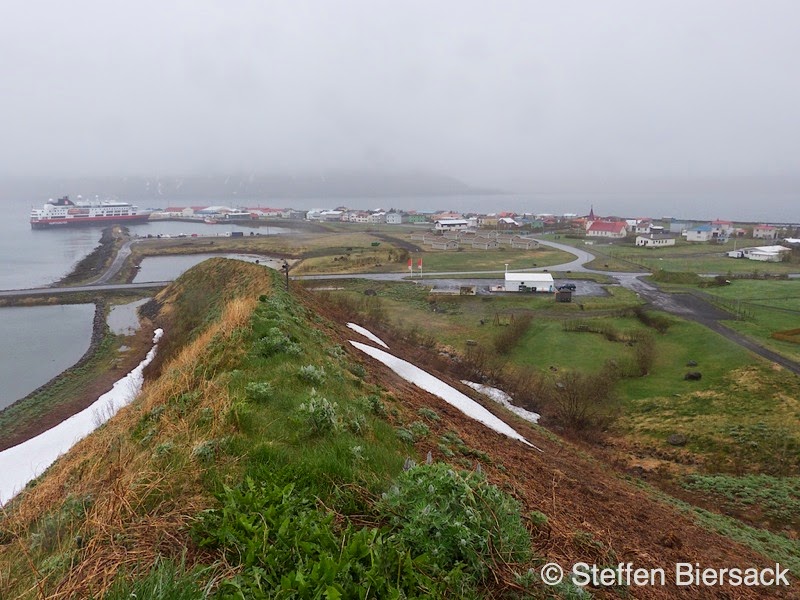 And as this spreading of the ocean floor perpetuates, the rocks of Iceland are getting younger towards the island’s centre, Thingvellir. 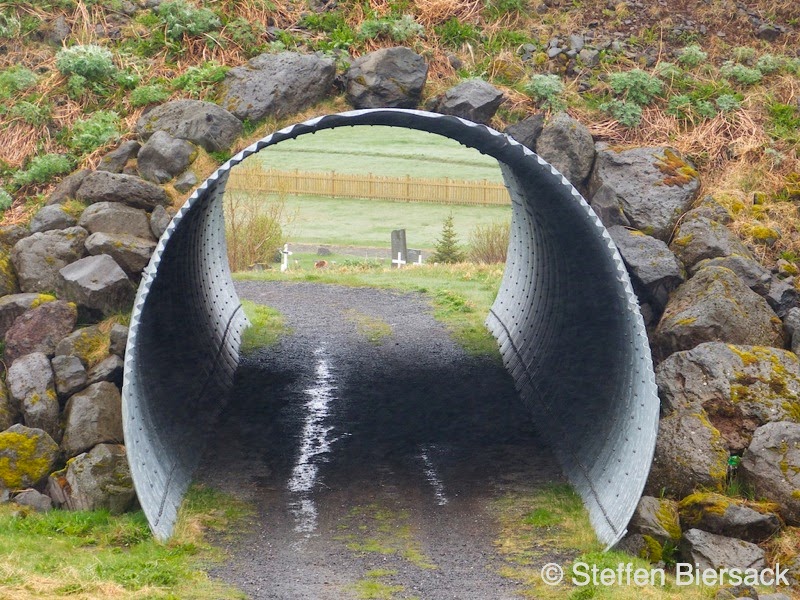 Therefore, reaching the west coast, we are in the old part today. And it shows: Not that the basalt is darker or thicker, but erosion by the ice ages had more time to do it’s sculpting work. The coastline is tremendously serrated, the deep fjords are so numerous that the mountains in-between look like fingers on a hand.
Nestled in this impressive landscape lie small and smaller places, like Flateyri, a little village with just about 200 inhabitants. As we dock on the tiny pier, we are immediately the largest building in town, casually more than doubling the population.

A peaceful place, with very welcoming people, a cosy café and even a few (!) museums. One of them is proudly presented by Eythor Eyolfsson. It is the house of his great-grandparents, the one he himself was raised in. He kept it just the way it used to look a hundred years ago, a beautiful and very personal exhibition of the olden days. And next door he also sells books - by the weight… 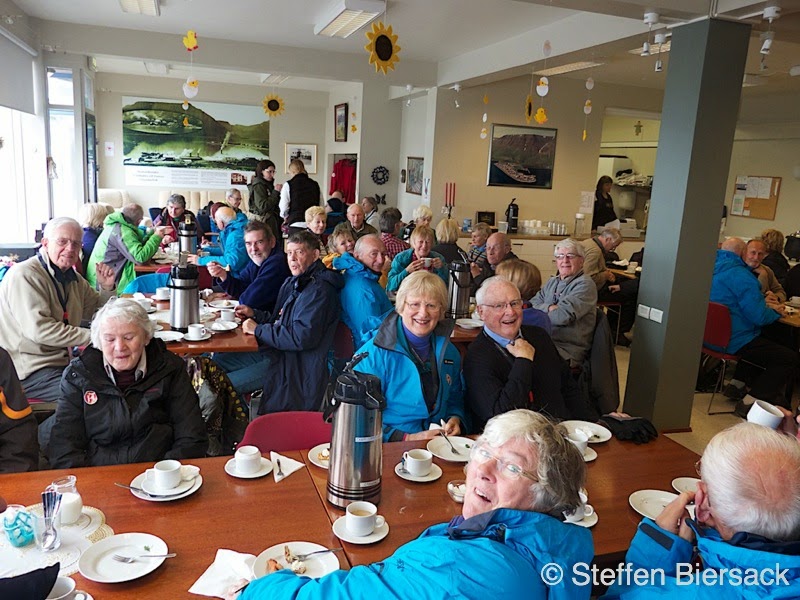 The other end of Flateyri features a huge structure which looks like a fortress with a big solid tunnel in it. It is an avalanche protection wall, build after 1995, when 20 people of Flateyri lost their lives under the snow. That’s ten percent, convert this to your home town and you know the drama. Now the village is safe.

If you like soft pillows, our second destination for the day might be of interest - Vigur is one of the very well-known breeding places for Eider ducks. Their inner feathers provide the unbelievable combination of softness, warmth and almost zero weight. This precious material is collected once a year by the inhabitants and turned into a rather pricy product.

Due to breeding season the access to Vigur is restricted, so we have one part of the group visiting the island, and the others enjoying a happy ride deep into the fjords on board our Polar Cirkel Boats, where we can watch the famous ducks flying about, among many other pretty birds, like fulmars, guillemots, terns, kittywakes - and of course puffins, the sea birds with the tropical beak.
In the evening we hoist the anchor to go around the corner and spend the night in Isafjördur, in the peaceful silence of the fjord.