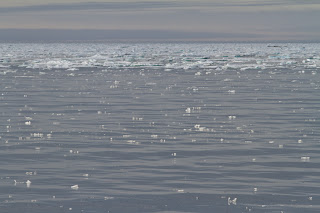 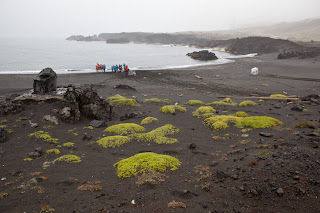 Last night after a fog bank it cleared with wonderful sunlight and pieces of ice showed at sea.  Soon we discovered that we were passing at the edge of the ice pack.  The ice edge is always with much bird life due to the large quantity of sea plankton life and small fish that birds love to eat. 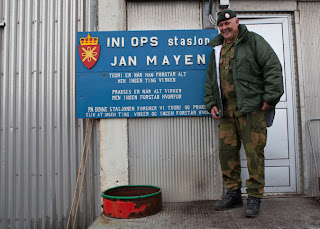 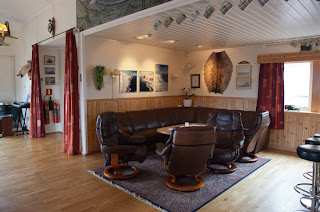 The afternoon was a bit foggy on the early part and when approached to the island of Jan Mayen we were received with soft rain but then surprise did clear nicely.  Historically the first documented discovery of this island was about on the early 1600 by Dutch and English whalers.  The island was declared part of Norway by early 1930, and after the second war a meteorological and a coastal radio station was set up. The radio station is on a constant watch for possible distress signals in the area and over the years has been of great importance. More recently they build a new radio navigation system


On our landing we had the opportunity to visit the weather station, heard a little bit about geology, some of the local breeding birds and look a bit around the general landscape. 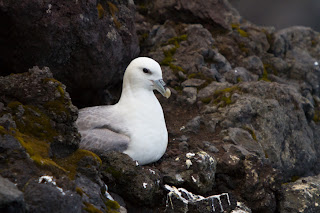 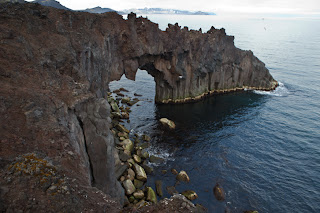 Email ThisBlogThis!Share to TwitterShare to FacebookShare to Pinterest
Photograph(s) by: Photos by: Anke Timmerberg
Newer Post Older Post Home
Welcome to MV FRAM's Expedition Blog!
MV FRAM is the most modern expedition cruise vessel belonging to the Hurtigruten fleet, roaming polar waters and taking people to remote places where only few go. In order to give you the chance to travel with us, even if only on your computer screen, we have created this blog. Here you can see what we have seen and read what we have done.
And, maybe you will be onboard with us one day!
All About MV FRAM - here
FOLLOW US ON FACEBOOK !