We continue our circumnavigation of this wonderful island country of Iceland. So far we have been sailing more or less north from Reykjavik and reached Flateyri in the morning. This community is the largest in Onundafjordur (although still small with a population of a little over 200!) and got that way on account of it being a centre for shark fishing in the 1800s. 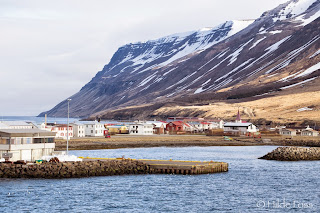 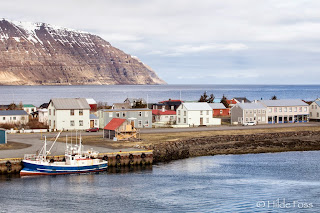 A 100 year old home is now a living museum. The interior remains the same as it was and provides a great feeling for what it was like to live there. The rooms were small but functional. Your faithful blogger was reminded that we seem to have more room than we need in our houses these days, and definitely too many bathrooms! 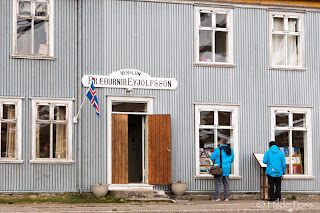 It is after all, spring, and this is the Arctic. Snow is still around in the nooks and crannies where it built up over the winter. Understandably we are seeing more of the white stuff up north, than we did in Reykjavik or even Snaefellsnes. 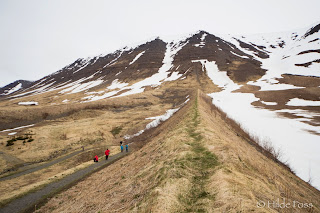 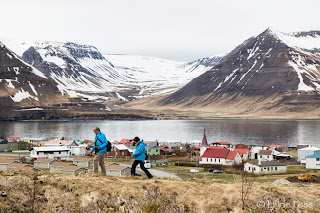 In the afternoon we went off in different directions to discover Isafjordur. This area was considered to be the finest fishing grounds in the whole of Iceland, and that is saying something! Some of us took a boat ride to Vigur Island and had a wonderful time learning about eider "farming".. The quotes are there because the birds remain wild but every effort is made to ensure that the females are safe on their nests and able to produce the down that is so sought after, even in the age of amazing man-made fills. An eider down quilt for the bed may cost you $10000 these days!

A few of the historic buildings on the island, such as the windmill,  are owned by the national museum of Iceland. 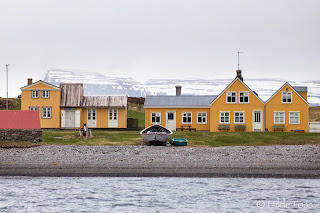 Female eiders were on the nest and quite tame as they are used to people. We were careful to be quiet and make no sudden movements. Eiders have been fully protected in Iceland since the 1700s. There is written records of eider down collection dating from the 1200s! 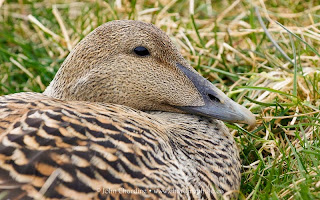 Male eiders take no part in incubation or looking after the young. 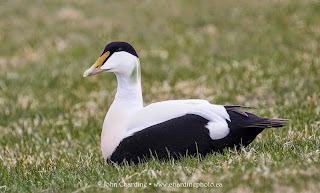 Vigur was teeming with Arctic Terns. In fact the whole of Iceland seems to be covered with them! This is a male displaying to passing females. 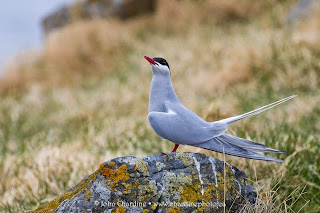 As an aside, one really gets the impression in Iceland that wildlife, particularly birds are everywhere. For people interested in nature, there are few better places to visit in the Arctic than this incredible Nordic country.