A quiet Sunday with „El Zorro“

After the equator baptism yesterday everybody aboard MV FRAM is baptized by King Neptune. That means that all, passengers, crew and workers, belong to King Neptune´s “Sea Family” and are standing from now on under his special protection. So we can feel very safe right now.

In the morning we passed 5°21’S and 31°14’W and we were sailing south of the Islands of Fernando de Noronha but in a distance of app. 100 nm. In his morning announcement the Captain let us know that there will be a stop on these islands during the crossing from 2014 onward. This would be a good reason to come back at any time!

As it was Sunday we had not only a relaxed day we had a very relaxed day – and that was wonderful especially as we had later on a nice visitor. A Masked Booby joined us for several hours. Now we could see in the reality what Friederike explained us in her bird lecture before. As the Booby stayed with us for such a long time and we have been in this baptism mood, we called him “El Zorro”. 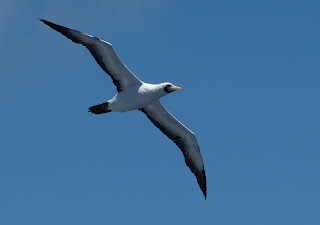 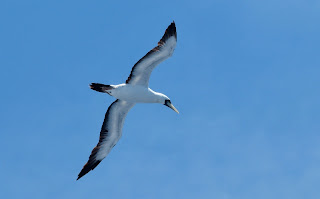 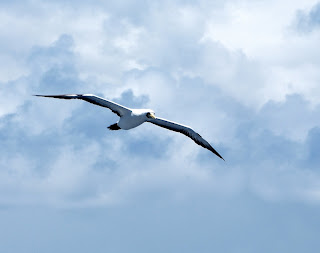 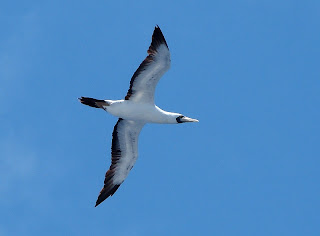 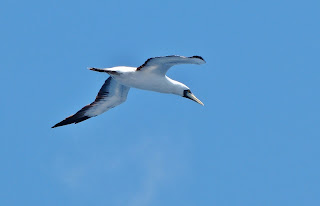