Snow! On The First Day Of Summer!! 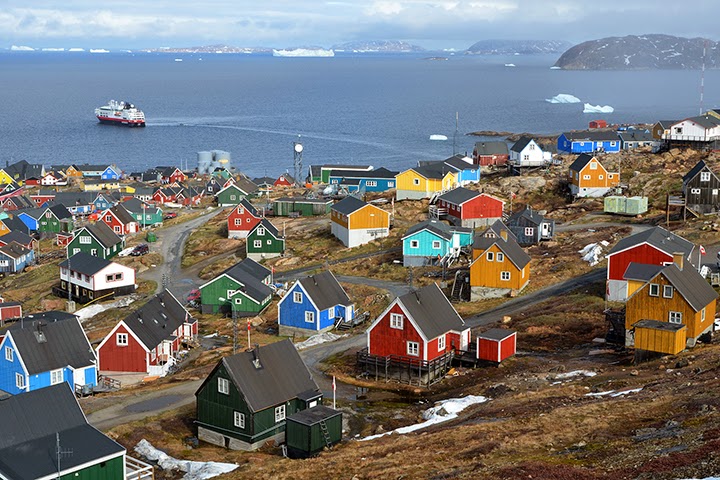 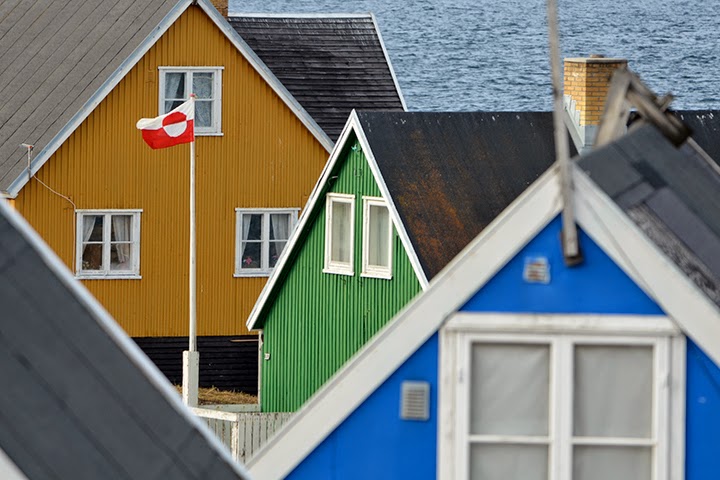 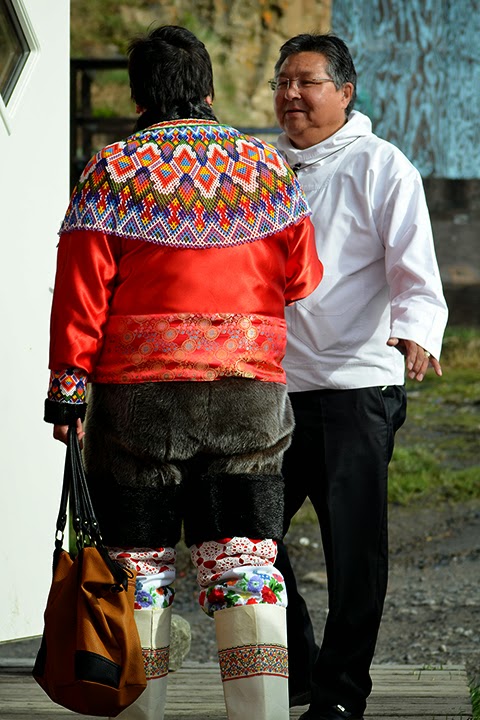 To celebrate national day there were several activities organized.  There was a sermon in the church which was followed by the choir singing.  In the community hall, coffee, tea and cake were served.  A service at the cemetery followed the church service. 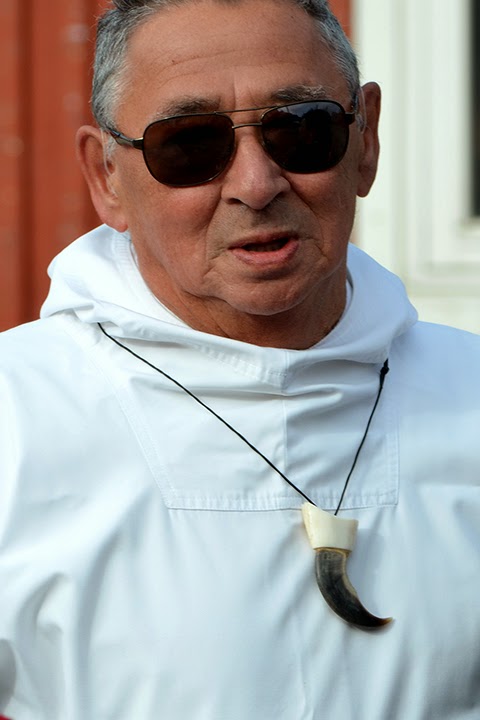 Later in the day at 13:00, the choir sang and there was traditional Greenlandic dancing at the King’s Square.
Blue jackets were seen spread throughout Upernavik, from the pier, all the way up to the airport.  Everyone had plenty of time to attend the various functions and to take a stroll about town.
The last Polar Cirkel boat left shore at 15:30.
You know… normally I would say that June 21st is the longest day of the year, but that simply isn’t true when you are above the Arctic Circle (N 66º33’).  At this latitude there are many days that are the longest day of the year!
We’ve been enjoying the longest day of the year for several days now as the further north you go, the earlier the perpetual sun arrives.  For example: the sun has not gone below the horizon in Upernavik for several days now as Upernavik is at 72º47’.  We will have at least three more of those endless days.    But now, it’s south bound that we go.