The Early Bird Gets The Whale.

The early bird gets the Whale. Just before 07:00 the navigation officers slowed the ship down to engage in a little whale watching. We were able to maneuver quite closely to four Humpback Whales. Watching huge marine mammals was a great way to start the day as we approached the capital of Greenland, Nuuk. 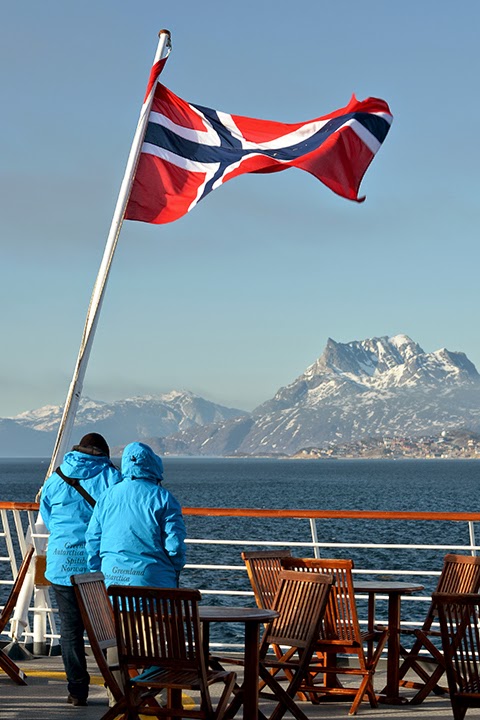 Just before 10:00 we were tied up to the pier just behind two Danish military vessels. We had a rather tiny pier allocation but no matter, the bridge officers are used to maneuvering Fram into and out of tight spots.
As usual when we are in Nuuk, we had a shuttle bus that would transport everyone from the pier to a very central downtown location. The shuttle left every half hour, from the ship and every half hour, on the quarter hour from the National Museum so it was a very convenient service.
The beginning of the day started out rather overcast but by late morning the clouds were parting and the sun was beaming through.
A cultural and historical walk began on the shuttle bus on the pier at 10:30 which made sense as it was a fifteen minute walk through a marine industrial area to the central part of Nuuk. 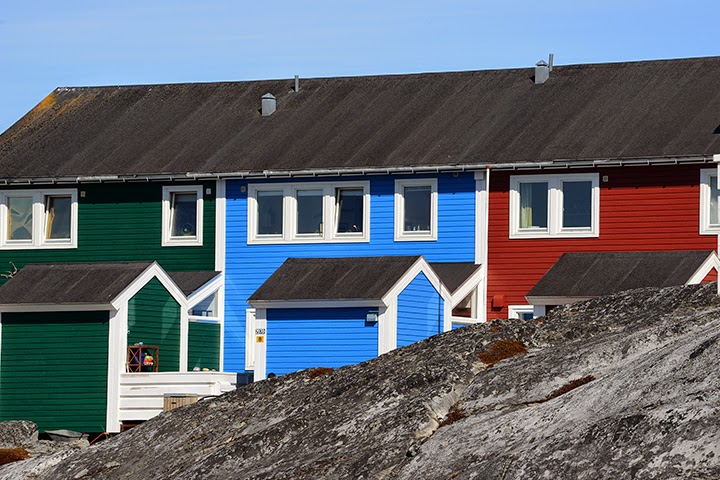 Lots of people went on the Nuuk city tour. Two more buses pulled alongside Fram at 10:30. One bus was for German speakers and the other tour was conducted in English only. After a comprehensive city tour we had the option of getting off the tour bus at the national museum or in downtown Nuuk.
The weather continued to improve throughout the day making our visit of Greenland’s capital really special. We had ample opportunity to explore on our own because Fram did not depart the pier until 19:45. 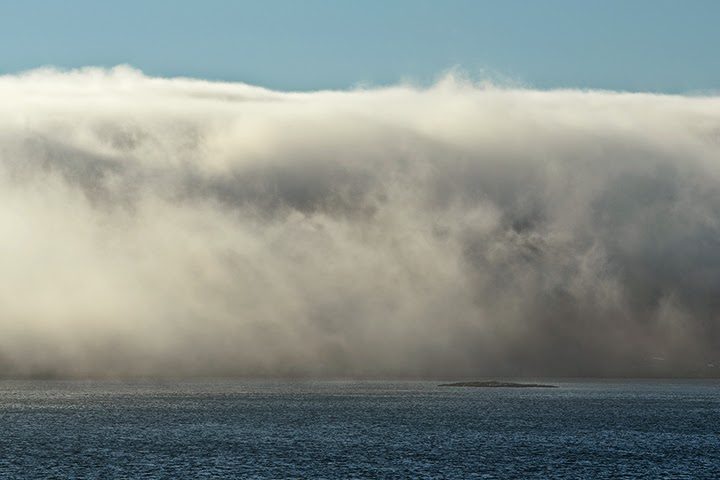 Once back on open sea fog enveloped Fram in a dense white blanket.  Visibility was reduced to 100 metres.
Later in the evening at 22:00 the crew entertained everyone in the Observation Lounge with the MS Fram crew show. It was really a lot of fun as the crew sang, danced and even juggled for us. 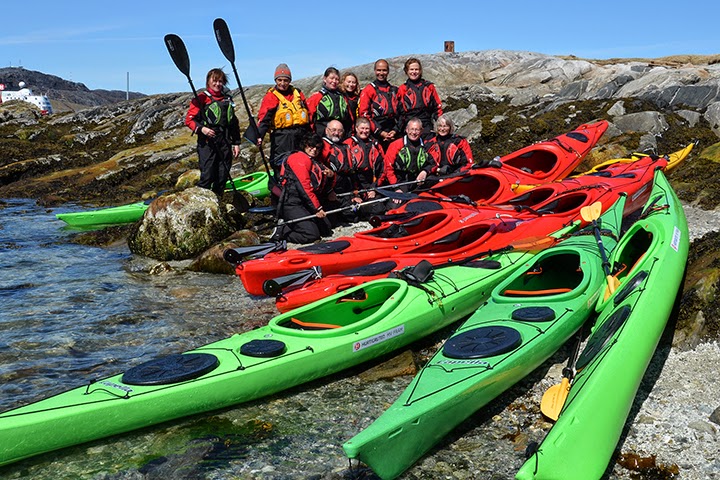 Email ThisBlogThis!Share to TwitterShare to FacebookShare to Pinterest
Photograph(s) by: Andrew Wenzel, Martin Johansen
Newer Post Older Post Home
Welcome to MV FRAM's Expedition Blog!
MV FRAM is the most modern expedition cruise vessel belonging to the Hurtigruten fleet, roaming polar waters and taking people to remote places where only few go. In order to give you the chance to travel with us, even if only on your computer screen, we have created this blog. Here you can see what we have seen and read what we have done.
And, maybe you will be onboard with us one day!
All About MV FRAM - here
FOLLOW US ON FACEBOOK !