We made it – Antarctica 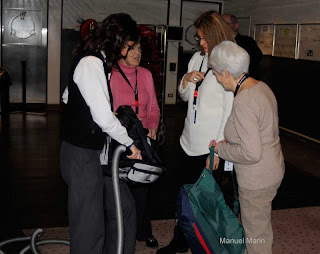 What a wonderful day we had today! We arrived in Antarctica and made our first landing on Half-moon Island. But first things first: The day started with a lot of preparation for our arrival; who would have thought that it takes so much careful thought to visit this pristine wilderness? Everybody got an interesting briefing on how to minimize human impact on Antarctica, later lifevests had to be distributed and fitted for everybody, because safety is, of course, paramount, and then everybody was asked to vacuum their bags and rucksacks which they intended to take ashore in order to make sure we do not introduce any foreign organisms. This actually proved to be quite fun. But then things really started to get interesting: 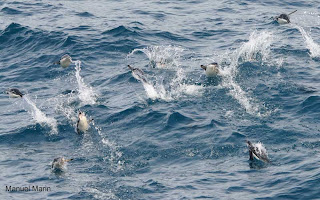 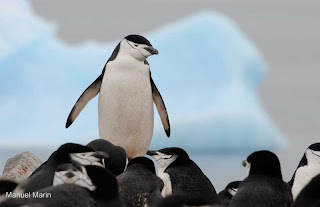 As we approached Antarctica the penguins were just as happy to see us as we were to see them, so they started jumping out of the water. During our landing the most amazing wonders of nature were greeting us: A juvenile elephant seal was astonished to see us; a seagull seemed to prefer cuddling up with itself rather than showing an interest in us; and finally many of us got the impression that the penguins were having a discussion about human behavior, quite rightly so, because some humans were displaying very unusual behavior by storming into the freezing sea. In a nutshell, it was a brilliant start to our Antarctic adventure.