Cobh - on the footsteps of the HMS Titanic 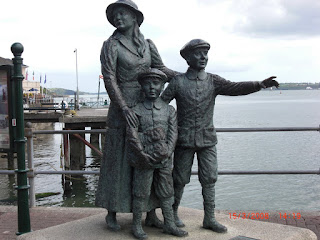 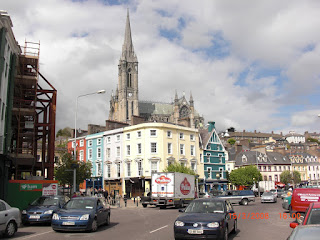 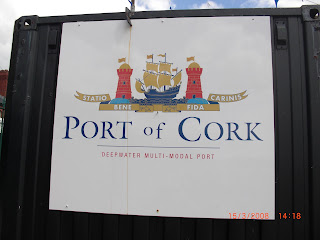 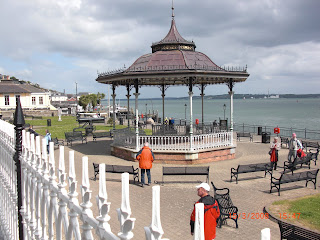 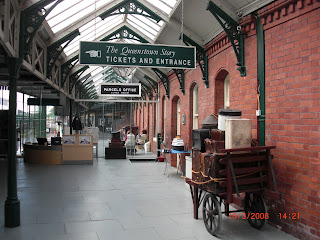 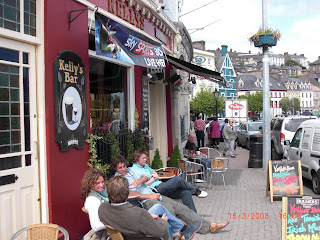 In the morning we reached the harbour of Cobh, former Queenstown, Ireland. This was the last port of the HMS Titanic when she stopped here on her maiden voyage to bord and disembark passengers. She was owned by the White Star Line. The office building from this company is still to be seen in town. Also the pier from where the over 100 passengers where brought by tender boat to the ship is still to be seen. As harbour facilities at Cobh were inadequate for a ship of her size, the Titanic had to anchor offshore.  At the waterfront of Cobh still the same houses, same buildings remains as 98 years before. Only the cars were not present at that time. Lots of people were gathered in the harbour street to wave good bye to the 2,240 people on bord the unsinkable liner. The stop was limited to only 1 hour and 18 minutes before they heaved the anchor and left the last stop over in Cobh and sank on the 15th of april 1912 on her way to New York.

Email ThisBlogThis!Share to TwitterShare to FacebookShare to Pinterest
Photograph(s) by: Benno Freidling
Newer Post Older Post Home
Welcome to MV FRAM's Expedition Blog!
MV FRAM is the most modern expedition cruise vessel belonging to the Hurtigruten fleet, roaming polar waters and taking people to remote places where only few go. In order to give you the chance to travel with us, even if only on your computer screen, we have created this blog. Here you can see what we have seen and read what we have done.
And, maybe you will be onboard with us one day!
All About MV FRAM - here
FOLLOW US ON FACEBOOK !