Welcome to the dramatic nature as More and Romsdal. So we start our excursion trough Romsdal
with Raumabanen directly from our ship because the railway station is opposite.
The Rauma Railway is operated by NSB, the state owned Norwegian train operator. This trip
offers our passengers a unique opportunity to experience one of Norway's most spectacular
natural regions. The train follows the river Rauma, runs dead-slow, to allow travellers time to
photograph such attractions as the famous Trollveggen, Europe's tallest vertical rock wall.
Later the train crosses the river at Kylling Bridge, Norways most impressive railway bridge.
It is here that the Rauma River is perhaps at is most dramatic.The Rauma Railway's bridges and
horseshoe tunnels are a tribute to the skill of the engineers who built it, and passengers will appreciate
why it took a full twelve years from the start of construction to the official opening of the line in 1924
by King Haakon VII.
Another highlight was our second excursion to Molde,the town of roses and jazz and the Atlantic Road,
a strech of road on highway 64 in Nordmore and Romsdal. The road is 8,274 meters long an goes from
Vevang in Eide to Kårvåg in Averøy.The construction includes eight bridges, and replaced the ferry
connection between Ørjavik and Tøvik. The road cost 122 million kroner at 1989 values and was partly
financed by road tolls. The toll was removed in June 1999.
Back on board there was a presentation of Vingården Tuen, the most northerly winegrower of the
world. Johan Setnes, the owner offers desert wine and wine-aperitiv in our panorama-lounge. 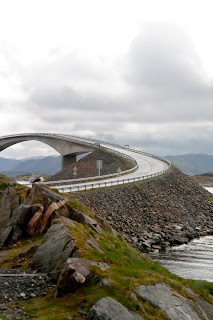 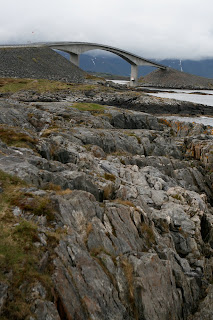 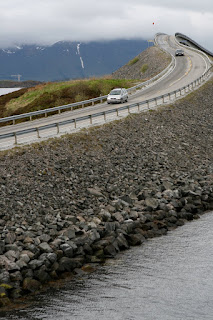 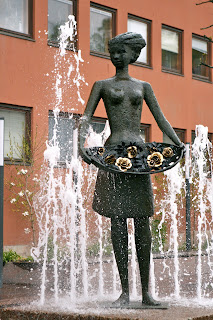 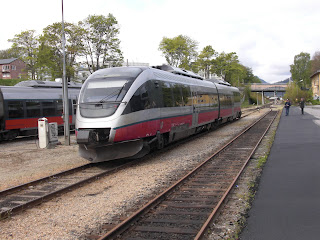 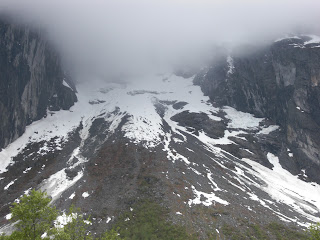 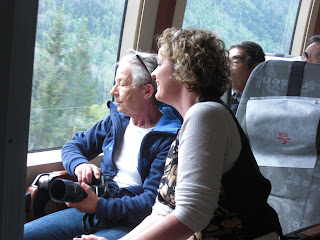 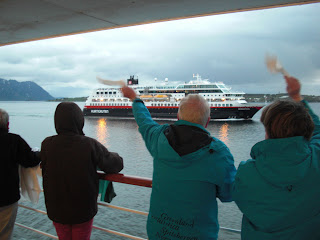 The nightcap in our daily program: we were ships passing in the night - two times! MS Fram traded cheers, waves, banners and fieworks with the MS Nordkap and MS Midnatsol, two other ships in the Hurtigruten fleet.

Email ThisBlogThis!Share to TwitterShare to FacebookShare to Pinterest
Photograph(s) by: Cyndie Burkhardt/Benno Freidling
Newer Post Older Post Home
Welcome to MV FRAM's Expedition Blog!
MV FRAM is the most modern expedition cruise vessel belonging to the Hurtigruten fleet, roaming polar waters and taking people to remote places where only few go. In order to give you the chance to travel with us, even if only on your computer screen, we have created this blog. Here you can see what we have seen and read what we have done.
And, maybe you will be onboard with us one day!
All About MV FRAM - here
FOLLOW US ON FACEBOOK !