A day in a volcano

But first, how we got here- late last night we ended our bumpy Drake Passage crossing and entered the Bransfield Strait between the South Shetland Islands and the Antarctic Peninsula. There we spent the night off Deception Island, in preparation for landings the next day. Deception Island is an active volcano that last erupted in 1969.

The sun was shining early in this morning but clouds developed as we entered the narrow “Neptune’s Bellows” and into the flooded caldera of the volcano called Port Foster. Before we entered, we caught a glimpse of Chinstrap Penguins on the beach below the huge colony at Bailey Head and the "Needles" close by. 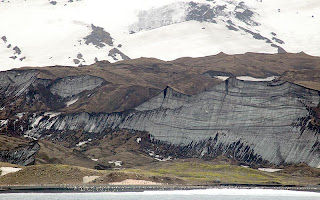 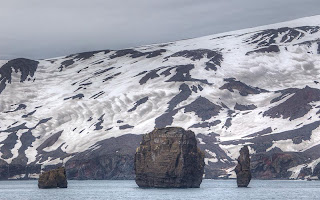 Whaler’s Bay was to our starboard and was to be the site of our first landing. There we found the famous abandoned Norwegian/Chilean Whaling Station and British Base “B” founded in WWII. We also found snow, or more correctly it found us! It started snowing soon after we left the ship and continued through most of the morning. This is late-spring in Antarctica after all! 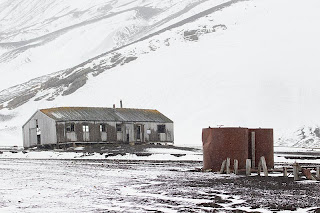 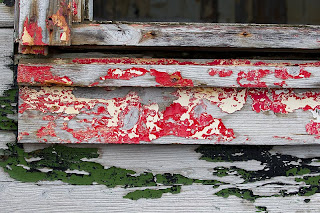 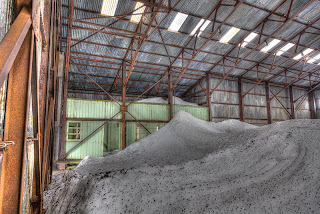 Some adventuresome passengers took advantage of the sheltered waters of Whaler’s Bay to go for an icy swim! This takes a lo of nerve with water temperatures about 0°C! 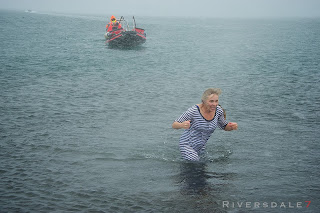 After a short reposition within Port Foster during lunch, we anchored in Telefon Bay and landed close by. Our main focus here was a hike up to the top of a volcanic cone and then around a crater lake. We will let the images speak for themselves (but we have to say, the scenery was stunning! 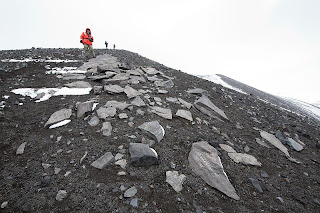 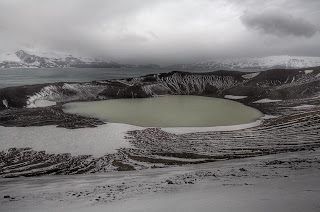 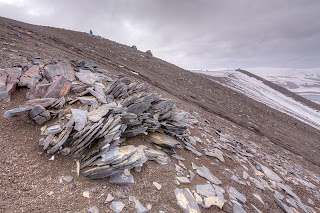 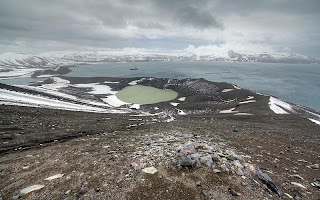 While we were in Telefon Bay, our Spanish passengers had the opportunity and privilege to visit the nearby Spanish base Gabriel de Castilla. 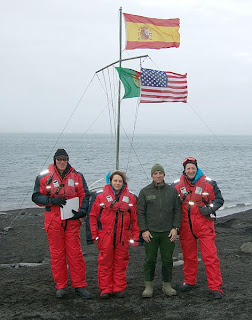 Email ThisBlogThis!Share to TwitterShare to FacebookShare to Pinterest
Photograph(s) by: Dominic Barrington, John Chardine
Newer Post Older Post Home
Welcome to MV FRAM's Expedition Blog!
MV FRAM is the most modern expedition cruise vessel belonging to the Hurtigruten fleet, roaming polar waters and taking people to remote places where only few go. In order to give you the chance to travel with us, even if only on your computer screen, we have created this blog. Here you can see what we have seen and read what we have done.
And, maybe you will be onboard with us one day!
All About MV FRAM - here
FOLLOW US ON FACEBOOK !