Around 6 o´clock in the morning we heaved the anchor and sailed in the direction of the Lemaire Channel.  It was a little bit foggy and snowy but we could already recognise that this would be another spectacular day in Antarctica. The sea was packed with drift ice from the last winter and FRAM had to find her way through. From the distance it looked nearly impossible to navigate through the ice, but the captain and the officers did a wonderful job and we slid slowly south. FRAM has a very high ice class and is especially built for maneuvering in the ice. But it is not only the ship  -  you need of course a captain and crew with a lot of experience in Antarctic waters. It was an unusual sound for us when the ice floes crashed against the ship’s bow. The captain even broke some huge ice floes and it was unbelievable to watch the FRAM as she formed huge cracks in the ice. 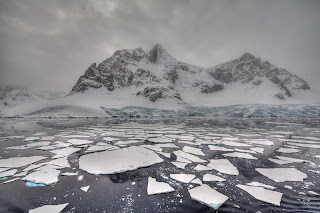 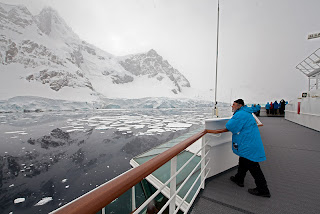 At the southern end of the Lemaire Channel our Expedition leader Karin had another surprise for us – a polarCirkel boat cruise for everybody in the ice. Now we got the chance to see the drift ice and icebergs from the water level.  As the sea was nearly totally covered with ice it was not so easy to find a way through, but the boat drivers did very well and we had an unforgettable experience.

You cannot stop our expedition leader Karin- she is what we call a ‘power woman’ who can never ever rest. And so we were not shocked when she mentioned another surprise for us. Those who really fell in love with ice cruising had a very special chance to go back through the Lemaire Channel in the polarCirkel boats. Passengers had to buy this trip but after only minutes it was sold out.  To be safe and well protected against the cold these passengers received special floating suits from the ship. They looked a little bit like they would work well on the moon but the equipment made the cruise very comfortable. FRAM followed the boats slowly and we picked the passengers up again at the northern end of the Lemaire Channel. Few have transited the Lemaire in small boats and now those who went join those few. A highlight of the trip was close looks at Crabeater Seals. 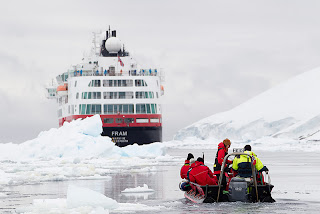 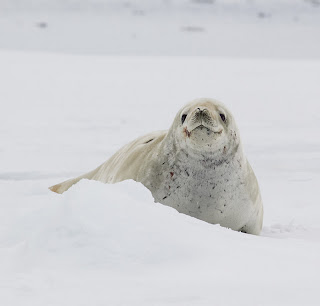 In the late afternoon we landed at the British base A, AKA Port Lockroy. The buildings are home to several summer caretakers/museum staff; one doubles as a sub-post master in the most southerly British Post Office. The main building contains a small museum and a well-stocked gift shop. Breeding Gentoo Penguins surrounded each of the buildings are were already starting to look like they do in the summer- dirty! 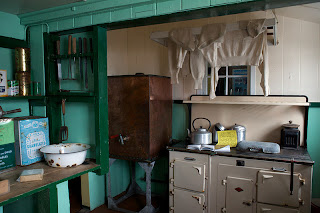 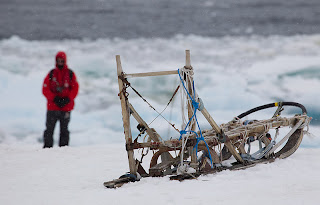 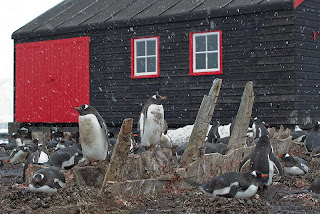 Email ThisBlogThis!Share to TwitterShare to FacebookShare to Pinterest
Photograph(s) by: John Chardine, Simon Bottomley
Newer Post Older Post Home
Welcome to MV FRAM's Expedition Blog!
MV FRAM is the most modern expedition cruise vessel belonging to the Hurtigruten fleet, roaming polar waters and taking people to remote places where only few go. In order to give you the chance to travel with us, even if only on your computer screen, we have created this blog. Here you can see what we have seen and read what we have done.
And, maybe you will be onboard with us one day!
All About MV FRAM - here
FOLLOW US ON FACEBOOK !