This morning we went to one of the lesser visited points around the Neumayer Channel: Dorian Bay and its two huts. The smaller of the two is an Argentine emergency hut that seemed to be pretty abandoned; its door was open and the view into the interior showed a few boxes of (presumably) emergency rations plus, surprisingly, some firewood. The larger one is a former British “base”. The hut was used as an intermediate stop for supplies and personnel to be flown to Rothera, a base much further south. The hut had been declared an historic site only two years ago and was looked after by the same trust that kept Port Lockroy’s Bransfield Hut (Base A) intact as a museum. 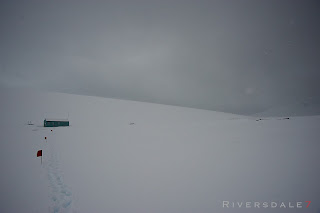 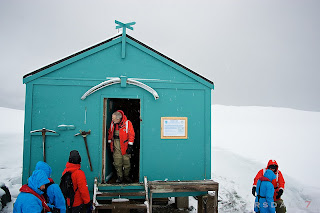 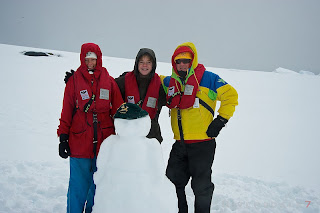 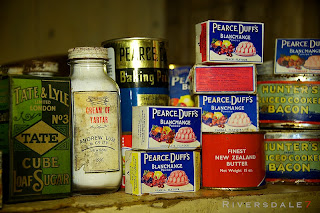 Between our morning landing at Dorian Bay and the afternoon landing at Port Lockroy the captain had to move the Fram just a short distance, but wind kept us from landing right away. We had to wait for the wind to die down a bit, and still, the rides ashore and back were quite wet.

While Dorian Bay had been in use from the 1970’s onward, Base A had been set up in 1944 during World War 2 as part of “Operation Tabarin” to not only reiterate Britain’s claim to Antarctica, but also to prevent German operations down south, or at least to report on them. After the war Base A had been an important site for scientific observations, and part of the museum covered this aspect.
The base had been rebuilt in 1996, and the museum part showed how the personnel lived and worked in the 1950’s. Apart from the base being a museum, it also was a working post office, and many a postcard was written and sent with season’s greetings. 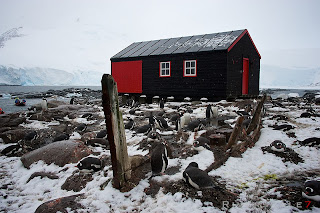 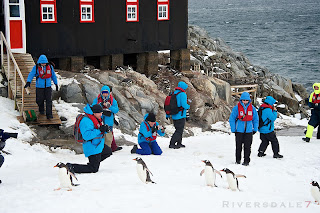 While the base had been manned in earlier times, today it is womaned, as there are four young female volunteers. The “troops” are British and the base commander German –how times have changed….
Apart from the historical aspect of our visits, the bird-lovers had a field day, too: Gentoo Penguins, Snowy Sheathbills and Antarctic Terns were seen in the morning, and even more so in the afternoon around Bransfield Hut. 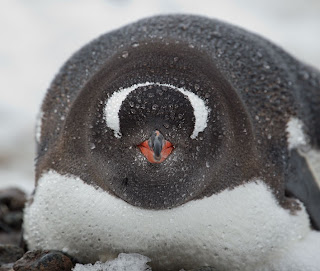 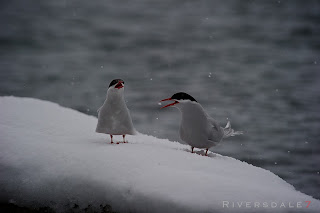 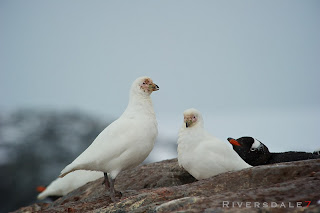 Email ThisBlogThis!Share to TwitterShare to FacebookShare to Pinterest
Photograph(s) by: Dominic Barrington (Riversdale7), John Chardine
Newer Post Older Post Home
Welcome to MV FRAM's Expedition Blog!
MV FRAM is the most modern expedition cruise vessel belonging to the Hurtigruten fleet, roaming polar waters and taking people to remote places where only few go. In order to give you the chance to travel with us, even if only on your computer screen, we have created this blog. Here you can see what we have seen and read what we have done.
And, maybe you will be onboard with us one day!
All About MV FRAM - here
FOLLOW US ON FACEBOOK !