Today was a day to really experience Chilean Patagonia. While the Fram sat along-side in Punta Arenas, we had the opportunity to travel far and wide to soak up this unique part of the world. Many left the ship last night for the amazing Torres del Paine National Park, which was designated a World Biosphere Reserve by UNESCO in 1978. They don’t return until tonight so we will leave “blogging” that one until tomorrow!

Others visited a Magellanic Penguin colony at Otway Sound, hiked in the nearby Magellanic Forest, experienced all a local sheep station (estancia) had to offer, went on a city tour of “Punta” or just walked around and enjoyed the city on their own.

The bus trip to the penguin colony at Otway Sound was a treat because so much wildlife was seen along the way. A group of Andean Condors was seen flying over a ridge near the colony, and Rheas pranced around the bus, apparently oblivious to us! Many bird species were seen on the surrounding pampa. The Magellanic Penguins did not disappoint either with many pairs sitting outside their burrows and a few hundred birds on the landing beach. For some of us it was our first sightings of penguins anywhere, or at least in the wild. Those who have experienced this know you never forget your first penguin! 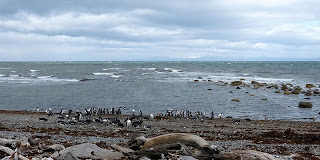 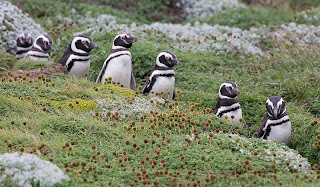 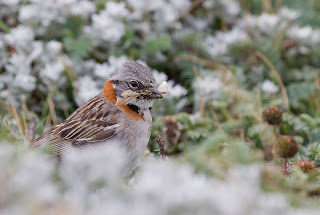 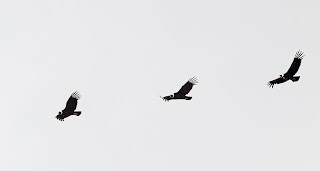 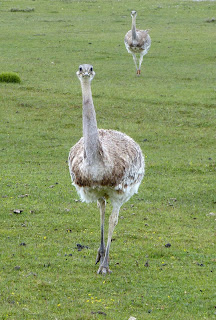 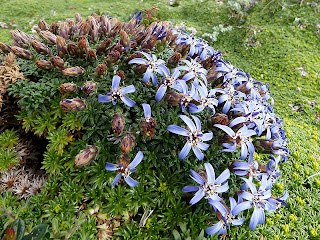 A group of 20 decided to go on a hike in the Magallanes Forest Reserve. The area is known for up to 3000 mm of rain per year, but today we had just a few clouds painted in the blue sky, though here and there with a couple of rain drops. Our way uphill to a viewpoint led through a forest that could easily be a film set. The trees stand close to each other, with lichens of different type and size growing on them. Close to the top of the hill we left the forest and walked the last few hundred meters on an open plain. A strong wind of around 80 km/h was blowing from a wide valley. But we made it to the view point and were rewarded with a great view over the forest, on Punta Arenas and the Magellan Strait as well. We could even see MV Fram in the harbour. 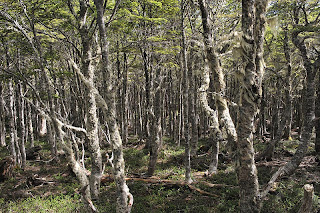 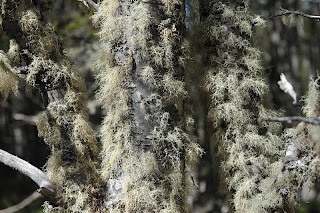 Our visit to an estancia found us at “Fitzroy” after a short ferry ride across the water. There we were treated to a fine show of shepherding and sheering. The estancia is an outdoor museum as well, showing farm implements of all sorts. A few of us were able to try our hand at horseback riding! The whole area was very picturesque. To cap it all of we enjoyed a fine “Asado” of lamb and all the trimmings. 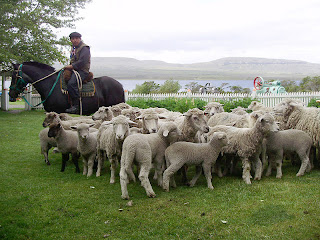 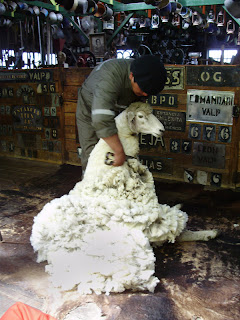 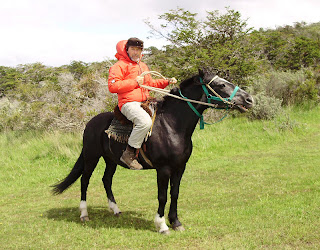 On the city tour, our history lesson took off for a look-out over the harbour and western part of this sprawling city of 120.000 inhabitants. The city’s residents equal almost 80% of the total population of the entire region of  “Magallanes y la Antarctica chilena” (the Chilean part of Antarctica). A visit to the Salesian Museum gave a good introduction to this southernmost part of South America, although the stuffed animals clearly showed signs of their age. As the museum had started with collections made by the missionaries, one exhibit featured the best known of the Salesian priest, Alberto de Agostini. His work –both as a priest and as a scientist- led the Chilean government to name one national park after him; and we will sail through that area tomorrow and the day after. The best part of the excursion was a visit to the open air museum of the Patagonian Institute, with dozens of tractors, carriages and other farming machinery and several 19th or 20th century buildings full of objects used by the European pioneers when this territory was Chile’s “Wild South”. A visit to the Plaza de Armas ended our tour and several guests touched the foot of the Ona, thereby implying they wanted to return to Punta Arenas.

The day ended with a really well-done folklore show put on by a Chilean group from the local area. What a day, with so much to “blog” about! 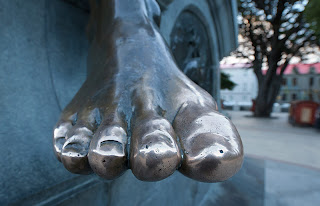