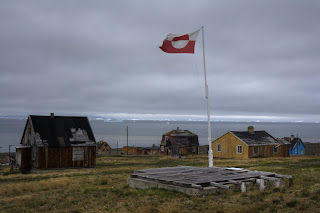 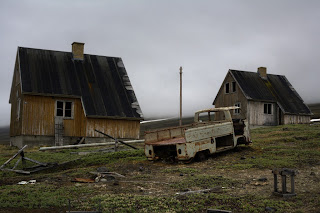 Our landing in Qullissat in the morning, knowing of the importance the abandoned mining town has had for Greenland politically and culturally, fitted well into the value of the day. So did the introduction of a drum and mask dance for our guests in the evening. Both setting the dances into a social and cultural context and the actual performance by Greenlandic mask dancers was a wonderful conclusion of the national day. 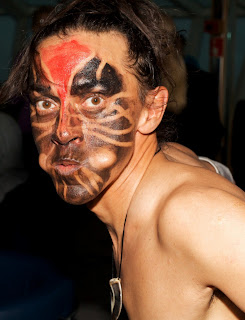 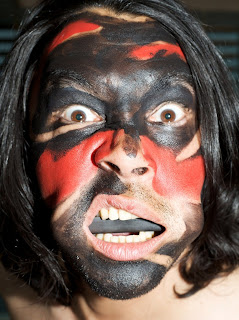 The day revealed different sides of ice: the beauty of the ice as we experienced it when we crossed through the icescapes in the Polar Circle boats and the chilling forces of the ice that the captain and his crew had to navigate through. 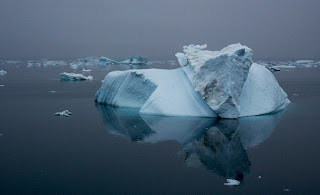 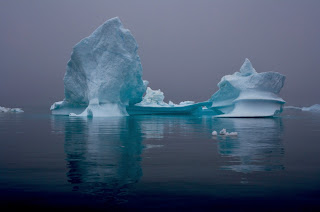 And than three  Humpback whales showed up between the ice! 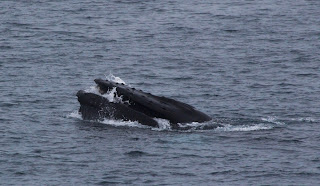 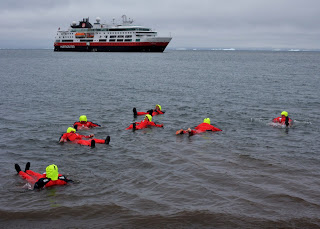 On a slightly less spectacular note – and without contact with ice – was the Expedition Team’s test of the flotation suits outside Qullissat. The test was successful, though and confirmed that the suits are meant for floating!

Email ThisBlogThis!Share to TwitterShare to FacebookShare to Pinterest
Photograph(s) by: Simon Bottomley
Newer Post Older Post Home
Welcome to MV FRAM's Expedition Blog!
MV FRAM is the most modern expedition cruise vessel belonging to the Hurtigruten fleet, roaming polar waters and taking people to remote places where only few go. In order to give you the chance to travel with us, even if only on your computer screen, we have created this blog. Here you can see what we have seen and read what we have done.
And, maybe you will be onboard with us one day!
All About MV FRAM - here
FOLLOW US ON FACEBOOK !