Today we visited Sisimiut, Greenland´s second largest city. The city was founded as a colony in 1764 by Hans Egede and he named it Holsteinsborg, after the famous missionary, Johan Ludvig Holstein zu Ledreborg. The first people that were living in this area have been the people of the Saqqaq and Dorset Culture. So you can say that the region was settled at least since 4500 years. 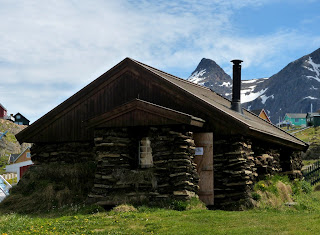 Hans Egede has been the first Missionary in Greenland. He hoped to find the descendents of the Vikings and he has been very disappointed when he “only” found the Inuit in Greenland. As there have been no Vikings any more he brought the Christianity to the Inuit.
Other missionaries tried to establish a settlement at this place before. But the Dutch whalers that had a station in this area prevented this for many years. During a huge pox epidemic in 1801 the colony was nearly lost as almost the whole population died. 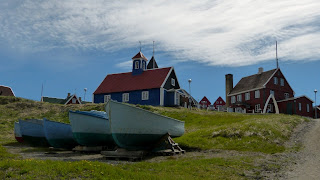 When you are walking through Sisimiut you can still see the colonial center. The Bethel Church is the oldest well preserved church in Greenland. 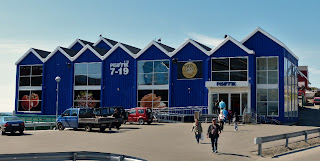 Sisimiut, the name means the settlement next to the fox´s den, is a very modern town with 5200 inhabitants. Sisimiut is a central business center and an important shipping base for western and northwestern Greenland as it has the northernmost year-round ice-free port. So you can find the world´s largest factory for deep water shrimps in the harbor.

Sisimiut is the first town with Greenlandic dogs on our trip as we are north of the Polar circle, the so called dog equator. These working dogs have been never ever mixed with other dogs and belong to the world´s oldest dog breeds. 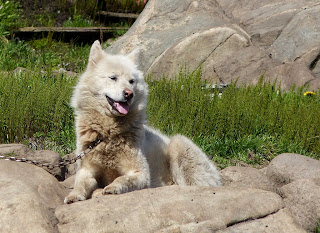 During the night we made our way under the beautiful light of the midnight sun in the direction of Qeqertarssuaq. Around 24h we saw our first icebergs.